Everything in Ethan's life is oppressive: his poverty, the weather, his unhappy wife, and various illnesses of those around him. As a result Ethan is miserable and has no hope of escaping the prison he created for himself. When he was 18 and in college, Ethan was painfully shy but had a bright future. He enjoyed his life and was eager to start a career in science. Drawn back home when his parents fell ill, the isolating Starkfield winters caused him to slip into a deep depression. He married Zeena in the hope of escaping that isolation, but her bizarre sickness further oppressed him, both financially as she spends what little money they have on new potions and tinctures, and physically, as she claims she is too ill to move to another town where Ethan can pursue engineering work. Zeena's illness forces Ethan to stay in Starkfield, enduring winter after winter of oppressing cold and loneliness.

Ethan is desperate to escape his town, his marriage, and freezing weather, which stifle his passion and happiness. Mattie's arrival offers him emotional respite from his isolation: the pair talk easily and openly, sharing jokes and an interest in nature. Yet Ethan still feels oppressed by outside forces, such as his poverty (which prevents him from easily running away with Mattie) and social expectations of his fidelity. All of these forces push Ethan into indecision: "There was no way out—none. He was a prisoner for life, and now his one ray of light was to be extinguished." In the end Ethan's oppression is finalized when he and Mattie are both terribly injured in the crash, leaving them both reliant on Zeena for care. There is no longer any hope of escape.

Perhaps the largest force driving Ethan's indecision is the social expectations of morality. Bound by religious and social rules, Ethan never leaves Zeena to follow his passions, first for engineering work in the big city, and then for romance with Mattie. Zeena likely manipulates these expectations, ensuring Ethan always stays with her, despite her cruel treatment of him: "The doctor don't want I should be left without anybody to do for me," she pleads with Ethan, both arguing for a "hired girl" and manipulating him to stay with her. When Ethan considers eloping with Mattie, he recollects a man from another town who, rumor has it, left his wife his farm before running away with his lover. Although it would be a reasonable plan to leave Zeena the farm, Ethan worries how Zeena would cope on her own and what people would say about him; "even if she were in better health than she imagined, [she] could never carry [the burden of the farm] alone. Well, she could go back to her people." These fears are further realized when, planning to beg Hale for a cash advance, Hale's wife pays Ethan an unexpected compliment: "I always tell Mr. Hale I don't know what [Zeena would] 'a' done if she hadn't 'a' had you to look after her."

The only person who seems to buck expectations about morality is Mattie. Unlike everyone around her, she embraces her freedom. This is seen in the first scene, as Ethan watches her dancing with different partners in the town hall. Later, rather than accept a ride home from the eligible Denis Eady, Mattie would rather walk home alone because she "ain't afraid!" When social expectation requires her to be a dutiful house nurse, Mattie is too busy daydreaming to learn to cook. Similarly when expected to be a demure woman, Mattie boldly kisses a married man and proposes suicide rather than accept an unhappy fate. The contrast between Mattie's free spirit and Ethan's reticence makes the strictures of morality particularly heartbreaking. Despite the naturalistic forces working against him, Ethan might have had some power to change Mattie's fate by eloping with her. Instead, what little independence Mattie had is lost when she is paralyzed and completely reliant on Ethan for everything.

Isolated, Ethan lives quietly, never speaking up for himself or voicing his true desires. His pattern of silence begins when he fails to speak up for himself when his parents ask him to return to the farm. His mother, who had once been a warm, chatty woman, descends into silence through her illness. This silence further isolates and depresses Ethan, who has no one else to talk to. He feels himself going insane from silence when Zeena arrives: "After the mortal silence of his long imprisonment Zeena's volubility was music in his ears." Before long, however, Zeena also slips into a "secretive silence" that further isolates Ethan. He has few business associates aside from the hired man, Jotham Powell, who is markedly withdrawn and quiet.

When Mattie arrives Ethan is once again renewed. Mattie is lively, talkative, engaged, and entertained by his musings: "Her wonder and his laughter ran together like spring rills in a thaw. Ethan had the sense of having done something arch and ingenious." Despite the pair's obvious connection, both remain silent about their feelings for each other. They do not speak openly about their romance or plan for the future until the final moment, when Mattie is about to board the train. Had they discussed their futures openly they likely would have concocted a better plan than suicide, although they would remain greatly limited by their poverty. It is notable that at the end of the novella Ethan has once again withdrawn into gruff silence, and it's unclear whether Mattie can speak at all. Her verbalizations after the accident are described as the "twittering" of an animal and a "querulous drone." 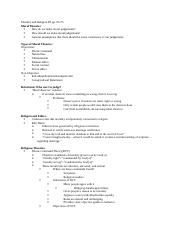 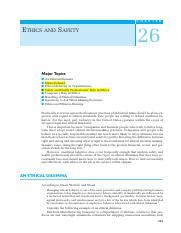 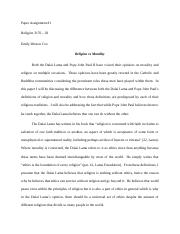 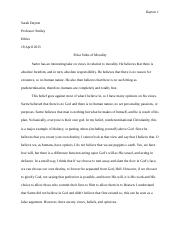