August Wilson's 1985 play Fences is part of the "Pittsburgh Cycle," a collection of plays set in different decades of the 1900s, mostly in Pittsburgh. Set in the 1950s, Fences shines a light on race relations in America, as well as the generational impact of poverty and unfulfilled dreams. It tells the story of Troy, a former baseball player whose life has taken a downturn, leading him to work as a garbage man.

Fences is the most famous of Wilson's plays, winning numerous Tony Awards throughout its runs and revivals, as well as the 1987 Pulitzer Prize for Drama. Audiences have been riveted by Wilson's honest portrayal of the working poor, with one critic describing it as "dense and unsettling." Fences testifies to the challenges that African Americans faced during the 1950s, chronicling racial problems that remain relevant in America today.

1. Wilson said he wrote Fences to portray the similarities between black and white Americans.

In a 1999 interview with the Paris Review, the playwright explained:

By looking at Troy's life, white people find out that the content of this black garbage man's life is affected by the same things—love, honor, beauty, betrayal, duty. Recognizing that these things are as much part of his life as theirs can affect how they think about and deal with black people in their lives.

2. Wilson did not allow Hollywood to make a film adaptation of Fences with a white director.

When the film idea was proposed in 1987, two years after the play debuted, Wilson caused a controversy among the Hollywood elite by refusing to allow a white director to manage the project. He stated, "White directors are not qualified for the job. The job requires someone who shares the specifics of the culture of black Americans."

3. The original production and the 2010 revival of Fences both won Tony Awards.

4. The racism Wilson faced in high school led him to drop out.

As one of the few African American students at a predominantly white Catholic high school, Wilson held painful memories of daily acts of racism, including racist notes left on his desk by students and unfounded accusations of plagiarism by teachers. At age 15, he dropped out of school and began to educate himself through countless hours spent reading at the library, which inspired him to become a writer.

5. Wilson's family came to reside in Pittsburgh after his grandmother walked there from North Carolina.

The playwright's maternal grandmother, a sharecropper, reportedly walked from Spear, North Carolina, to Pennsylvania, where Wilson was born and grew up. She hoped that the journey, hundreds of miles long, would lead to better circumstances.

6. Wilson's work was influenced by what he called his "Four B's."

In numerous interviews, Wilson credited what he referred to as the "Four B's" as the influences for his plays. He explained the reference: Romare Bearden, an American artist; Amiri Baraka, an African American writer; Jorge Luis Borges, an Argentine short-story writer; and the biggest B of all: the blues. 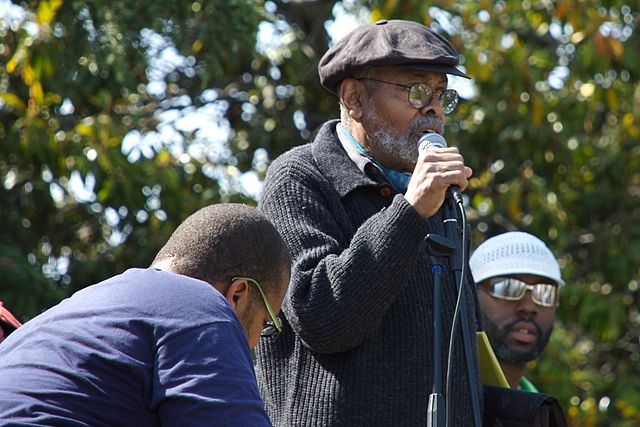 7. Denzel Washington starred in both a theater production and a film adaptation of Fences.

In addition to winning the Tony Award for Best Actor in the 2010 revival of Fences on Broadway, Denzel Washington played Troy in a 2016 film adaptation of Wilson's play, filmed almost entirely in Pittsburgh.

8. Wilson noted he'd been "rewriting the same story" in all his plays.

The playwright once stated that he'd like to put all of his protagonists, including Troy, in one play together. In an interview, he explained,

9. Wilson had only seen two plays before he began writing his own.

In addition to being almost entirely self-educated, the playwright had seen very little theater when he began writing. He had no formal training in scriptwriting, and he did not base his writing on any theatrical motifs in particular. He admitted in an interview:

I didn't know much when I started writing plays in '79...I had only seen two plays in my life...I sat down and questioned whether I could do that. And I thought: Yeah, man, do anything you want; do it your way.

10. A museum in downtown Pittsburgh is dedicated to August Wilson.

The August Wilson Center in Pittsburgh, operated by the African American Cultural Center, is a modern building in the downtown area of the city that features a large theater, space for events and lectures, and special exhibitions relating to African American history.