Symbols in Follow the Rabbit-Proof Fence are frequently used to showcase the different, often opposing cultural perspectives of the British versus the indigenous peoples of Australia.

The rabbit-proof fence has symbolic force that means different things to different people. To the British settlers who build it, the fence is a bold technological advance that will save Western Australia from a tidal incursion of rabbits (introduced to the continent by the British themselves). The notion that barbed wire would work against burrowing rabbits is laughable. So is the fact that by the time the fence was built, Western Australia was already full of rabbits. To the modern reader, therefore, the fence is a symbol of humanity's misplaced trust in its ability to control nature. The fence is also symbolic of the racism that British colonial control uses to divide the country into whites and natives.

To Molly, Gracie, and Daisy, the fence means almost the opposite of what the British think of it. "We'll find the rabbit-proof fence and follow that all the way home," Molly assures her cousins. For her, the fence is a symbol of security. Since Molly's father is a fence inspector, she knows very well that the fence extends northward to Jigalong. Although the girls walk 500 miles before Molly finds the fence, they have absolute confidence that this landmark will ultimately make them safe.

To the British, the fence is meant to keep something out; to Molly and her cousins, it's meant to bring them back in.

Molly and her cousins think of a cat, and all of nature, as potential food and sustenance, viewing specific animal species very differently from the way the British do. The girls are almost starving when they kill and eat the cat. They girls also eat emu and cockatoo chicks. For the girls, there is little distinction between domestic and wild animals. This is true for their ancestors in Chapter 2, who see nothing wrong with killing a rancher's sheep as a meal for themselves.

At the same time, the girls take delight in the mammals and birds they pass as they travel. Birdsong wakes them in the mornings and surrounds them all day long; Molly notices it when the finch and cockatoo sounds of her home are replaced by "black and white Willie wagtails and other beautiful birds." The girls recognize of the trees they pass: banksia, paperbarks, marri gums. The girls delight, too, in the beautiful wildflowers they discover on the heathlands. When they come across some bushland that's been burned, they know that in a week, "this charcoal landscape would ... come alive and be a green wilderness again, full of beautiful flowers and animals that are wonderfully and uniquely Australian." Flowers and birdsong seem to sustain their spirits as much as actual food sustains their bodies.

The British see Australian animal and plant life in another way entirely. They are disappointed by it. "Where is the Arcadian land that we heard so much about, the land of rustic paradise?" demands a London businessman. In the same chapter, the author shows Swan River Colony as the settlers see it: "The terrain appeared unproductive—thick, tangled creepers grew underfoot." For the settlers in this chapter, there's something distasteful about a landscape so different from theirs.

Pilkington Garimara portrays British-introduced animals in a consistently negative way because they are destroying native abundance, just as the British colonizers are doing. Sheep and cattle do more than destroy Australia's vegetation; they tempt Aboriginal hunters whose hunting grounds have been appropriated for British ranches. She seems troubled, too, by the disconnect between the British and their animals. For example, a new settler looks forward to the day his foxes will have reproduced enough that he can start hunting them for sport.

The author also portrays British rabbits as a form of natural disaster. The rabbits reproduce so rapidly that the British spend enormous effort on building ineffective fences to keep them out. The rabbits are a perfect symbol of the ill-advised way the British attempt to colonize their new continent.

In this book, fire is rarely presented as a destructive force. Rather, it represents a chance for people to congregate and communicate. Paradoxically, fire also provides food as well as a means for cooking it. Kundilla recalls the recent fires he and his clan set to flush out game. Yellagonga's tribe gathers around the fires "waiting anxiously to hear what he had to tell them." At the social gatherings called corroborees, scores of dancing feet "[kick] up the dust in the moonlight around the glowing fires." And Molly and her cousins are untroubled by the sight of fire-blackened bushland. They know rain will revive it and bring beauty back to the landscape.

Molly and her cousins are skilled at building fires, but they have also learned to be careful to build them in holes they've dug and to cover the ashes before leaving. Fire is as essential for these girls as it is for their families, but now it brings the threat that they might be discovered. As with so much of their native culture, they must hide their fires from the British.

The Aboriginal characters in this book often speak their native language, and the author uses native terms throughout the story. Native language is not translated in the story itself, but in a glossary at the end of the book. This narrative choice heightens the sense of distance between the indigenous people and the colonizers and also underscores the differences between the two cultures. By asking non-native speakers to seek out the meaning of untranslated words, the glossary itself becomes a symbol of the effort required to bridge cultures.

Walkabout is an English term for a spiritual journey. Because the word has come to be associated with the disparagement of the Aboriginal people, it's gradually being replaced by the phrase temporary mobility. The event is an important part of Aboriginal culture and history and an important ritual that symbolizes the passage from childhood to maturity. In this ritual, a boy age 10 to 16 makes a solo pilgrimage across the Australian landscape, fending for himself in the wilderness for as long as six months. Elders in the group decide when each boy is ready to make his walkabout.

From early childhood, boys are given special instruction to prepare them for their journey. A boy may travel hundreds of miles alone, killing animals for meat, seeking out edible plants, and discovering water supplies. If shelter is desired, the pilgrim makes his own. While walking, the traveler is meant to chant traditional songlines that help him map his route.

Walkabout is traditionally a male ritual, but the three runaway girls in this book perform their own version of a walkabout. Their journey home demands exactly the same skills that would be required of boys, and it requires just as much courage. Like boys on walkabout, the three girls are severely tested by the countryside through which they travel. The rabbit-proof fence is their version of a songline: it guides them home. The girls' challenge may be even greater than it would be for boys: they have not been prepared for such a journey, and they face the constant threat of being caught and returned to the settlement they're fleeing. 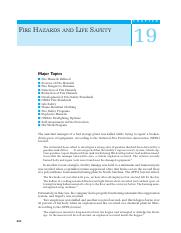 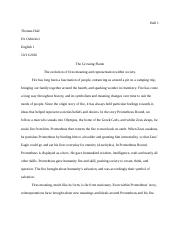 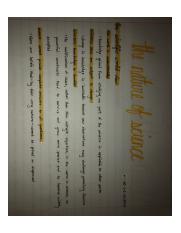 the nature of science

View all
Write a short essay that includes the following information based on emails. Different options for addressing an email The importance of using an informative subject line The importance of signatures
Question 1 The reason many students fail exams is because they do not study. incomplete comparison lack of parallelism faulty predication dangling modifier 1 points Question 2 Scuba diving is where yo
I need a strong thesis and essay for the following topic. What particular action(s) should Christians take regarding the environment and its preservation or restoration?
Chapter summaries for the book, "lies my teacher told me"?
Cite This Study Guide