For Whom the Bell Tolls | Chapter 2 | Summary

Robert Jordan is introduced to Rafael, the gypsy who traps animals for their meat; Maria, the girl the guerrillas found by a rock when they blew up a train with prisoners on it; and Pilar, Pablo's wife. Jordan learns part of the story about Maria from Rafael, who tells him that Maria was in terrible shape when they found her, and they all had to take turns carrying her up the mountain. Maria has hair a "little longer than the fur on a beaver pelt" because she was regularly shaved as a prisoner. Rafael says that Maria has only just started to act normal, and she's fine around Jordan. Jordan tells Rafael and Maria that he has been sent to replace Kashkin, the man who blew up the train, because Kashkin is dead.

Pilar tells Jordan that Maria was also regularly raped as a prisoner. Pilar is a woman in her fifties who is considered ugly, but is extremely funny, has a tendency to insult the guerrillas with foul language, and is clearly the real leader of the group. Pilar asks Jordan to take Maria to a home for young women like her once the mission is over, because Pablo is starting to obsess over her, and the camp is no place for her. Jordan agrees to do it. When Jordan speaks with Maria and tells her that he has no time for women, she laughs, but then they look at each other and she blushes. Jordan gets a thickness in his throat every time he talks with her or talks about her with Pilar.

Pilar tells Jordan that El Sordo, the leader of another band that will help them, is coming that evening, and Jordan goes to check out the bridge with Anselmo before El Sordo is supposed to arrive.

Again Hemingway uses dialogue to introduce each new character to the reader. Pilar seems like a battleaxe, but she is also the one who keeps everyone honest and keeps the camp running smoothly. Rafael keeps telling Robert Jordan that he shouldn't mess with Pilar, and that she's brutal, but Jordan wants to meet her, to get it over with. Jordan likes people who speak plainly, and Pilar is certainly a woman who doesn't mince words. She is also fiercely protective of Maria and is afraid that Pablo is going to make a move on the young girl if she doesn't get her out of the camp soon.

Pilar asks Jordan about the real difficulty of the bridge mission. This interaction reveals that she doesn't trust Pablo to get the job done right. Her revelation about Pablo tells the reader that Pablo may not be all that he seems, and that he is capable of being deceitful.

Hemingway also uses a bit of dialogue to show the connection between Maria and Jordan, but the description of how each of them look and how Jordan feels when he looks at her reveals that he is falling for her very quickly. It is more than her beauty, because he keeps telling himself that she would be beautiful if she had her hair. It is the way that she moves and speaks, and this chapter shows the beginning of a relationship that will become central to the novel. 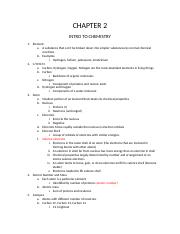 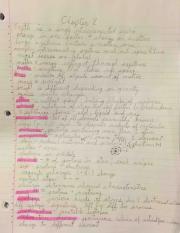 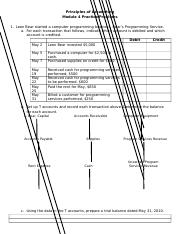 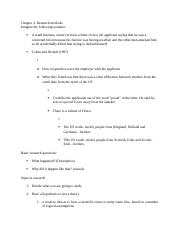