For Whom the Bell Tolls | Chapter 8 | Summary

It is the morning of the second day, and Robert Jordan sees Fascist planes flying overhead: first Fiats coming three at a time, then Heinkel one-elevens, which are bombers. Everyone in the cave stands at the entrance, staring at the sky, and Jordan tells them there will be more planes. Sure enough there are five more formations of three Fiats, following on the heels of the bombers. Jordan times their flight, but hears no bombs, so he assumes that they have gone to bomb an airfield further away. All the same, nervous about what is to come, Jordan tells Anselmo he needs him to go monitor the road to the bridge and write down everything he sees. He teaches Anselmo a pictorial code to use for each type of vehicle or troop because Anselmo can't write. Then he tells Rafael to watch the nearby sawmill and bridge and record how often the guards and posts change.

As they head back into the cave, Jordan tells Pilar that he is sure the planes were not searching for guerrillas. But Pilar worries about the unusually high number of planes. She asks Fernando, a very serious man whom Jordan hasn't seen before and who is very preoccupied with being dignified, what he saw in nearby La Granja, and he says there was no movement of troops, but there is a rumor that the Republicans are about to stage a big attack and blow up two bridges. Jordan is taken aback by this, and realizes that the Fascists probably know about the attack and the bridge mission.

Pilar tells a story of a wonderful time she had with her former lover, Finito, at Valencia, and Pablo says that he has done things together with Pilar, too. While they couldn't go to Valencia, they did blow up a train together. Pilar says that amongst his "laziness, sloth and failure," the train is a good moment, but for her, "no one can speak against Valencia either. You hear me?"

Hemingway uses the planes to represent the fear and vulnerability that the guerrillas experience hiding in the mountains. Robert Jordan's response to the number of planes flying overhead, which is more than any of the guerrillas have seen before, is a classic fear response in a person who is used to keeping a cool head in war. Jordan immediately sends two men to gather information for him to ensure the success of his mission.

Jordan's conversation with Fernando is also revealing in a few different ways. Fernando's obsessive need to be dignified makes him express everything he hears on his trips into town as rumors, because of the way the information is passed as town gossip. In addition Fernando is passing on information that is deeply disturbing to Jordan. The whole town knows that there is a Republican attack coming, and that it will involve blowing up at least one bridge right where they are. Somehow the Fascists have learned of the attack, which, Jordan thinks to himself, they always do. This makes the attack almost a suicide mission, but Jordan has no choice but to continue to plan and go through with it.

This dialogue also shows the relationships between Pilar, Maria, and Fernando, which are affectionate, and yet the women have a great time teasing Fernando about how serious he is in every conversation. Unfortunately Pilar chooses this time to bring up her former lover in Valencia and how wonderful her time was with him. When Pablo protests she uses his protests as an opportunity to tell him again that he is a coward and a lazy man. He may have blown up a train before, but his days of bravery are over. 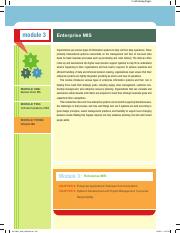