Charlie Marlow is the protagonist of this novella. He has been interested in maps since he was a boy. His boyhood fascination lies mostly in the empty, "unexplored" places of the African continent. He tells of the time he got a job piloting a steamer in what is presumably the Congo river basin. Through this journey Marlow is exposed to the brutality and hypocrisy of imperialism and meets the other main character of the story, the depraved and dying Kurtz, who has been unhinged by the darkness and solitude of the jungle.

Kurtz is the chief agent at the Inner Station. The Company wishes to relieve Kurtz from his duty, ostensibly because his unorthodox methods for obtaining more ivory than other agents have been questioned. Kurtz is a gifted and eloquent man. Some think he believes in the Company's stated goals of educating and enhancing the lives of the indigenous people. However, Kurtz has become as barbarous as any Company agent. Yet, he is still revered by the natives.

The jungle acts as the antagonist of the novella. It corrupts Kurtz and comes close to corrupting Marlow. Marlow says in reference to the jungle in Part 1 that it is as if nature itself is trying to ward off intruders.

The manager of the Central Station is a cold, calculating man who has enslaved a great many native people and is completely indifferent to their suffering. He forces them to help him extract ivory, keeps them chained up, fails to feed them, and works them to exhaustion and death. He is jealous of Kurtz because Kurtz sends down more ivory than he does, and he makes plans to get Kurtz relieved of his post. His only motivations are greed and power.

The Russian is a young man who, in the spirit of adventure and the "need to exist," journeys to Africa. Marlow calls him "gallantly, thoughtlessly alive." When he encounters Kurtz at the Inner Station, the Russian becomes devoted to him, sitting at his feet and absorbing Kurtz's words and ideas. The Russian dresses in a patchwork of colorful cloth, so that when Marlow first encounters him, he compares him to a harlequin, a traditional comic character from the Italian stage. The Russian serves as a foil to Marlow, perhaps representing his younger self, as he, too, is compelled to see and explore Africa. He carries a manual on seamanship, linking him to Marlow, the seaman. His hero worship of Kurtz contrasts with Marlow's more balanced view, as Marlow sees Kurtz as a man with eloquence but one who has lost his moral compass.

The helmsman is a proud, athletic African belonging to a coastal tribe. Marlow calls him an "unstable fool" yet misses him when he is killed. They develop a partnership or at least an interdependency and Marlow feels a certain respect for him, although his comments on the helmsman are tinged with racism. 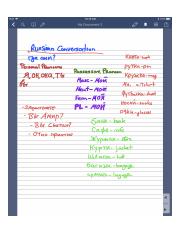 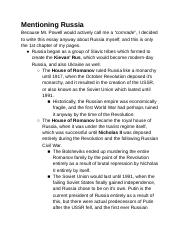 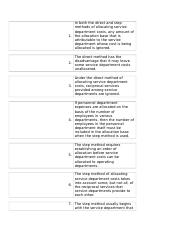 View all
Question 1 The reason many students fail exams is because they do not study. incomplete comparison lack of parallelism faulty predication dangling modifier 1 points Question 2 Scuba diving is where yo
Help with writing an Allegory for english 4. The directions are as followed: Throughout this unit, you have been reading excerpts from the medieval narrative poem The Canterbury Tales and have applied
i have a question The lady lawyer argued the case convincingly. sexist jargon slang cliche John walked embarrassedly up the aisle after the captain called for all the stewardesses to meet him in the c
should DUI (driving under the influence) laws be changed? Why ? or Why not ? Please no plagiarism !
Cite This Study Guide

Have study documents to share about Heart of Darkness? Upload them to earn free Course Hero access!