Henry V, written around 1599, is one of Shakespeare's historical plays. These dramas, as opposed to his comedies and tragedies, focus on the royal history of England. Henry V is the final play in a tetralogy, a group of four interrelated plays that also includes Richard II, Henry IV Part 1, and Henry IV Part 2.

Henry V follows the transformation of Prince Hal—known for his wild and rebellious lifestyle—as he matures into the powerful leader King Henry V. For the British, King Henry V was the epitome of heroism and chivalry. The play's centerpiece, Henry's St. Crispin's Day call to battle, still rouses patriotic feeling and national pride in readers and theatergoers.

1. The real Henry V was deemed a "war criminal" by legal authorities in 2010.

At the 1415 Battle of Agincourt, the real Henry V defied the conventions of the day by killing prisoners of war. In 2010 the Shakespeare Theatre Company Bard Association held a mock trial to determine if Henry V had committed war crimes. Among the judges were U.S. Supreme Court justices Ruth Bader Ginsburg and Samuel Alito. The tribunal unanimously ruled in favor of the French, stating that "the killing of the prisoners was not justified."

2. The real Charles VI of France had a mental illness.

Charles VI was king of France from 1380 to 1422. While Shakespeare portrayed him as sane, in real life he was known as Charles the Mad. He suffered from bouts of psychosis; today he might have been diagnosed as bipolar. As a result of his illness, he signed the Treaty of Troyes, which handed over the crown to Henry V after Charles's death. 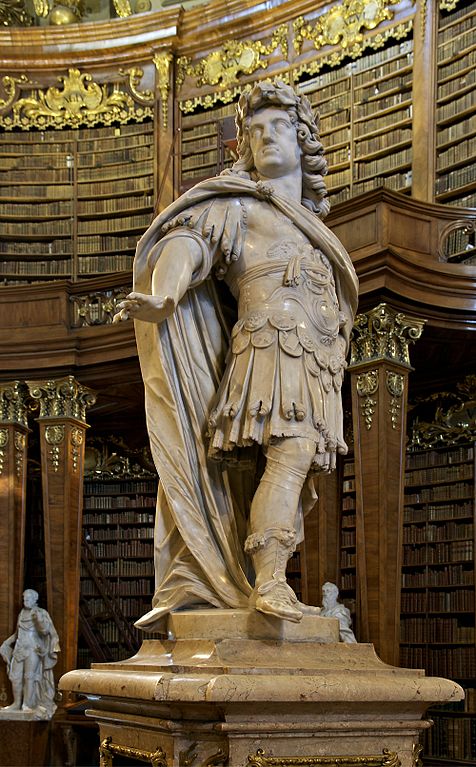 3. The 1944 film adaptation of Henry V helped rally the British against Germany in World War II.

In 1942, during World War II, renowned actor Laurence Olivier read on the radio the St. Crispin's Day speech that Henry V gives to his soldiers before the Battle at Agincourt. The speech was inspirational for a nation in the midst of a devastating war against Germany. Olivier soon directed and starred as Henry V in the film adaptation of the same name. The film was released in 1944 with the St. Crispin's Day speech intact, acting again as a patriotic rallying cry for the British.

Businesswoman Carol Adelman and former ambassador Ken Adelman started a group called Movers and Shakespeares in 2002, using Shakespeare's plays to teach management skills. They used Henry V to demonstrate strong leadership, focusing on how Henry gives the St. Crispin's Day speech to motivate his soldiers by creating an image of success in battle. The Adelmans also included the archbishop's speech as an example of what not to do in business and Henry's wooing of Catherine as an example of using persuasion and communication successfully.

5. The theater where Henry V was first performed was shut down by Puritans.

Henry V was first performed at the Curtain Theatre, in a part of East London called Shoreditch, while the famous Globe Theatre was being built. The Curtain was an open-air theater, with roofed boxes for wealthier patrons. However, the rise of the Puritans, who believed theatergoing was a sin, resulted in the closure of most British theaters, including the Curtain, by 1622. In 1642 the theaters were all closed by law.

6. Many knights who died at Agincourt suffocated or drowned.

The Battle of Agincourt took place on October 25, 1415, on a muddy piece of French land. French soldiers wounded by British archers would often stagger and fall on other stricken soldiers. Because of their heavy armor, most of them were unable to move, causing them to drown or suffocate in thick mud. Estimates of the dead range from 4,000 to 10,000 for the French and up to 1,500 for the English.

7. Lines from Henry V are immortalized in a window at Westminster Abbey.

Westminster Abbey is one of the most important churches in London and the final resting place for writers such as Geoffrey Chaucer, Ben Jonson (who was buried upright), and Charles Dickens; scientists such as Sir Isaac Newton and Charles Darwin; and monarchs, including Henry V and Elizabeth I. It contains a chapel dedicated to the Royal Air Force. Its original window was blown out during World War II, and it was replaced by a stained glass window that includes the words from Henry V's St. Crispin's Day speech, "We few, we happy few, we band of brothers." 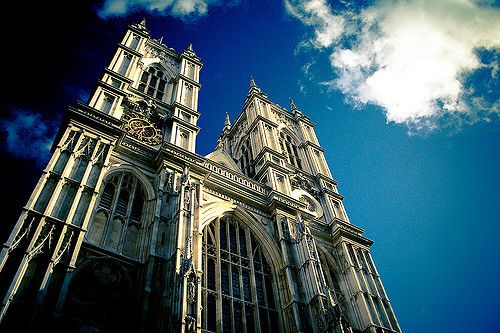 8. Henry V has undergone modern transformations in the form of graphic novels.

A graphic version of Henry V was published by Classical Comics in 2008. It uses modern language to tell King Henry's story, changing the wording considerably. For example, the play's opening, which in the original begins, "But pardon, gentles all," is changed to:

But, ladies and gentlemen, you'll have to excuse the limitations of our actors, who'll try to represent such a great drama on an inadequate stage.

While modern theatergoers know the play as Henry V, it was originally titled The Cronicle History of Henry the fift, With his battell fought at Agin Court in France. Togither with Auntient Pistoll. The title was intended to let buyers know what they would be getting if they purchased the play. Later, the title was shortened to The Life of Henry the Fift.

10. The 1989 film adaptation of Henry V focused on the horrors of war—not its glories.

In 1989 actor and director Kenneth Branagh took on the task of filming a new production of Henry V. Unlike Laurence Olivier's 1944 version, Branagh's film was dark and violent, with a brooding hero and realistic battle scenes. Critics believe its tone may be a reaction to the militaristic policies of Margaret Thatcher, Britain's prime minister at the time the film was made. Film reviewer Richard Corliss called it an "anti-war war movie."