Many elements of the story are influenced by gender. The American man and Jig, the girl, experience their relationship very differently, and communicate about it differently. They have somewhat different styles, but more importantly, they have considerably different goals in the conversation. These differences are predominantly due to gender. The girl expects the American to take care of her, at least somewhat, and is willing to take a subordinate position. This can be seen when she waits for him to order and pay for the drinks. The couple is tense with one another, and the girl has more reason to be tense, but she's the one who introduces topics for conversation first, to smooth things over, like commenting on the landscape and suggesting they have drinks.

By contrast, the American shuts down or deflects some of the conversational overtures—rather than agreeing with her about the hills looking like white elephants, he claims to not see them. Later, after they've squabbled a bit and returned to a quiet truce, he's the one who introduces the idea of her having an abortion. He's more direct about pursuing what he wants, but not completely honest. He does not call the abortion by name, but instead minimizes it, calling it "really an awfully simple operation."

Their respective responses to the proposed abortion highlight just how different their realities are, and that this is due to gender. Before she became pregnant, their lives were, like the train tracks, essentially parallel: they traveled together, they drank, they saw new things, they had sex, and they had fun. Both of them did the same things, with little or no difference. Once she is pregnant, everything changes. They are at odds. Given the legal and ethical status of abortion in this period, the girl is at risk in multiple ways. To start, if she does nothing, she becomes a mother. There was considerable and widespread social disapproval of unwed mothers in the 1920s. On the other hand, if she decides to have an abortion, she breaks the law, and becomes both a criminal and a sinner. There were also some physical risks to the girl. The abortion would not be done in a hospital, and the person doing it might not be a doctor. The possibility of infection was great, which could lead to difficulties with pregnancy in the future. An infection could also lead to death. By contrast, the American gets to go back to having fun if she has the abortion. If she decides to keep the baby, he can be a hero by marrying her, or he can freely abandon her.

Communication is a complex theme throughout this story. At times the couple seems to communicate with exceptional skill, understanding what they are talking about in just a few words, without directly naming the topic. This can be seen most clearly in how they discuss the abortion. Other times, they seem completely out of sync with one another.

How the couple communicates fits with Hemingway's modernist style and with his conscious approach, the iceberg principle. Hemingway's iceberg principle of writing dictates that writers may omit from their prose any details they and their readers both know. The larger portion of their stories may be incorporated in the narratives' structure, from which readers can deduce the stories' meaning. Hemingway's characters begin to speak, but their conversation stalls and fragments. Their communication is very modernist, as are the way references are shared smoothly between the American and the girl. Imagery carries a great deal of the emotional weight in this story, and it appears to be unconscious on the characters' part: the girl is unlikely to be consciously drawing attention to the way her belly will soon swell by mentioning the hills and linking them to elephants. At the same time, just about every line the couple speaks to each other embodies and applies the iceberg principle: for every word that is said, a great deal more goes unsaid or implied—and what is left out is as important as what the characters actually say to each other. Readers must examine the dialogue carefully, and pay attention to single references, and even to shifting pronoun use, such as the way the American says "it" rather than "the operation," and then uses "it" to refer to having the baby.

Love is discussed directly at a few points in the story, but concerns about love can be seen everywhere in the verbal shadows and backstory. The American and the girl are a couple. They've been traveling together for some time, and have spent nights together in a number of different hotels. Based on the girl's pregnancy, they are involved sexually. The pregnancy now requires that they consider the true nature of their relationship. The girl must face the fact that their relationship might be of less importance to her partner than she thought—and now needs—it to be. Early in the story she says, "That's all we do, isn't it—look at things and try new drinks?" This is not a description of a profound love, nor is it an adequate foundation for the couple to marry and raise a child.

For his part, the American does tell her he loves her. However, he does so only when the girl asks if he'll love her after she has the abortion. Later, when they talk about keeping the baby, he says he's "perfectly willing to go through with it if it means anything" to her. This is not the statement of a man in love, or a man who wants a child. 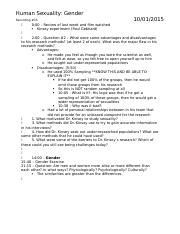