I Know Why the Caged Bird Sings | Character Analysis

Sent to the small Southern community of Stamps, Arkansas, to live with her grandmother at age three, Maya's coming-of-age journey involves struggles with feelings of insecurity and abandonment, even as she challenges racism and discrimination. Maya is badly traumatized by abuse and rape at age eight. Friendship, kindness, and her own love of books help to pull her out of her withdrawal. After eighth grade, Maya and her brother move to San Francisco to live with their mother. The insight she gains through a summer visit to her father helps Maya come to terms with her insecurities. Emboldened by her new confidence, Maya embarks on her own personal challenge to racism. Through dogged persistence she becomes the first African American female conductor on San Francisco streetcars. Determined to graduate from high school, she hides her pregnancy for eight months, giving birth to a son just weeks after receiving her diploma.

Bailey is just one year older than Maya. He's protective and supportive of his sister, and they share a passionate love of reading. Considered the genius of the family, Bailey is intelligent, sensitive, and quick-witted. When he meets his mother at age nine, Bailey becomes obsessed with gaining her attention and approval, and he is angry and grief-stricken when he and Maya are sent back to Stamps after living just a short time with their mother. He turns his anger into sarcasm and cynicism. Racism and the social codes required by segregation make no sense to him, so he doesn't understand why he's expected to be deferential to whites. Fearing for his safety, Momma arranges for Bailey and Maya to go to their mother in San Francisco. There, Bailey's strong emotions about his mother erupt into teenage rebellion, and he moves out to be on his own at age 16.

Momma owns and runs the General Store in the African American section of Stamps, Arkansas. She started out by selling lunches to farm workers and built the store into a thriving business. She also owns land and houses. She lives frugally, at the back of the store. Momma is very religious and a pillar of the church community. She has a practical approach to the injustice of racism, acting in a deferential way when she must, but simply avoiding whites as much as possible. Competent, fair, and self-confident, Momma is caring but strict and undemonstrative with her grandchildren. She's not inclined to talk about feelings or emotions. Momma goes to Los Angeles with Maya and Bailey and stays with them for six months until their mother finds a place for them. For a country woman who has never before left her small town, Momma adapts amazingly well to the big city, finding a church to attend and making friends.

Vivian Baxter is a trained nurse, but she prefers to work in gambling houses. When Maya first meets her, Vivian is living in St. Louis, Missouri, near her mother and brothers. She's divorced from Maya's father and has a live-in boyfriend, Mr. Freeman. Vivian is glamorous and has a lively sense of fun; she likes to sing and dance. Her mothering style is much more lenient than Momma's. Vivian's family has connections with the St. Louis underworld, and Vivian herself is known to be capable of violence when her temper is aroused, having once shot a man who called her a name. She's a competent provider and a caring, supportive parent who treats Maya with love and respect.

Uncle Willie is disabled as the result of a childhood accident. He has limited use of his left side and even with a cane, walking is difficult for him. He lives at home, with Momma, and helps out at the store as much as he can. He's very particular about his starched shirts and shined shoes. Uncle Willie sometimes uses whipping to enforce discipline.

Mrs. Flowers is considered an aristocrat in Stamps. Maya admires her intelligence, her gentle ways, and the fact that she uses proper English. When, a year after her rape, Maya still isn't speaking, Mrs. Flowers reaches out to her through their shared love of literature. She introduces Maya to the power of the spoken word, motivating her to memorize and recite poetry. Mrs. Flowers meets regularly with Maya and gently gives her advice about tolerance and self-acceptance.

Daddy Bailey is handsome, outgoing, conceited, and self-centered. He puts on airs, speaking proper English and telling people that he's a dietician, when he's really just a kitchen worker who lives in a trailer park. He makes a surprise visit to Stamps when Maya is seven. He's a stranger to the children, and without quite knowing why, Maya feels disappointed that he doesn't match up to the fantasies she has had about her father. Later, when she visits him as a teenager in California, she's again disappointed in his self-centeredness. She realizes he's someone who never fulfilled his potential and uses pretense to deal with his disappointment. 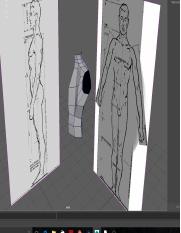 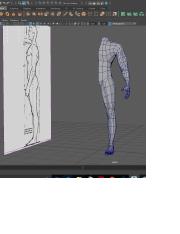 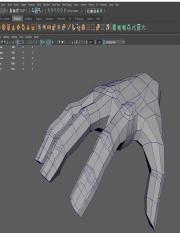 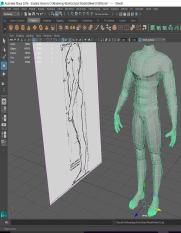 View all
"Going to Cedar Point, fields of soy beans all around, in the seat of the car, Joyce riding, and Sue together." This construction: A. has a subject and predicate that do not agree in number. B. is a s
Question 1 The reason many students fail exams is because they do not study. incomplete comparison lack of parallelism faulty predication dangling modifier 1 points Question 2 Scuba diving is where yo
Why do you think Maya Angelou called her essay “Sister Flowers”? How is her view maintained throughout the course of the story? What do you think is the underlying point of this essay?
Oates has specifically mentioned the "Death and the Maiden" folktales as one inspiration for this story (see "Death and the Maiden" under " Symbolism, Imagery, Allegory "). Some literary critics have
Cite This Study Guide