It is a manifestation that preys on the children of Derry through their fears. However, when some children are unafraid of It, It experiences fear for the first time. It also learns that it is not immune to death when in its earthly form. It believes that children can access a kind of magic with which adults have lost contact. This magic, It believes, allows the children the possibility of survival during an encounter with It. It is the ability to retain access to this magic as adults that finally allows grown children such as Bill and Richie to triumph over It.

Bill Denbrough is also known in Derry as Stuttering Bill, but his friends in the Losers' Club call him "Big Bill" to indicate their respect for him as their leader. He feels neglected at home after his brother, Georgie, is murdered, and he feels intense guilt for making the paper boat that led Georgie into Pennywise's clutches. He remains brave in the face of danger, engaging It in the Ritual of Chüd and surviving a trip to the edge of existence—twice. His persistence allows him to kill It in 1985 and to save his wife from a catatonic state.

When Mike Hanlon is persecuted by Henry Bowers and his gang because he is black, the Losers have a rock fight with the gang, after which Mike becomes the club's final member. Unlike the other members of the Losers' Club, Mike Hanlon never gets out of Derry, and he does not achieve great wealth and success. He lives a quiet life as the town librarian, collecting stories about Derry's sordid history and the city's association with It. His knowledge and watchfulness enable the Losers to return to Derry after 27 years and finally kill It.

As a kid Ben Hanscom is teased about his weight and mostly keeps to his books and building sets, quietly nursing his secret love for Beverly Marsh. After he makes friends with Bill and Eddie while trying to escape the town bullies, he develops the courage to face It. Ben moves away from Derry as a teen and loses his extra weight to spite a track coach who insults him. Ben uses his talent for building to become a successful architect. When he returns to Derry, he summons the courage to fight against It.

Eddie Kaspbrak's mother controls him by making him fearful about his health. Even as an adult he doesn't travel without an arsenal of over-the-counter medication. Although he finds out he has no real physical ailments, he continues to believe in his illness and the medicine to "cure" it. Those beliefs become the source of his strength when the Losers battle It in 1958 and in 1985. Eddie dies in the second battle, but he does so heroically and passes peacefully despite the circumstances.

Beverly Marsh's father beats and berates her for every possible infraction when she is a young girl, and she repeats the cycle by marrying the abusive and paternalistic Tom Rogan. However, Beverly loves her childhood friends deeply, especially Bill. She uses her love for the Losers to keep the group together when they are in danger of falling apart, and she is the one entrusted to fire the silver slugs at It. Her eye for detail makes her a successful fashion designer as an adult, and she finally finds love with Ben Hanscom after the final battle with It ends.

When Riche Tozier is a child, his Voices—imitations of different accents and stereotypes to create characters—are not very good, but his sense of humor and love of music keep the Losers grounded and provide much-needed comic relief. He ferociously fights It alongside his friends and keeps Bill focused when his grief for Georgie becomes too much. Richie's Voices bring him success as an adult, but when the Losers return to the creature's lair in 1985, he steps into his old role as emotional support for the group. He keeps Bill stable when he thinks Audra might be dead. He becomes a secondary leader and rescues Bill when the Ritual of Chüd goes wrong, helping Bill kill It.

Stan Uris finds It not just scary but offensive. Stan's life and mind are orderly; he believes in science and logic, and he likes to be clean and dry. As a child he enjoys birdwatching because it is a civilized and orderly pursuit. The supernatural creature's existence flies in the face of Stan's sensibilities, defying known laws of science and order. Plus It lives in a sewer—neither clean nor dry. Stan has the most trouble tapping into the magic needed to defeat It when they are children, but he also seems to remember more about 1958 than the rest of his friends who leave Derry. He moves to Atlanta and lives an orderly, quiet life as an accountant. When Mike calls Stan in 1985, disorder intrudes again. 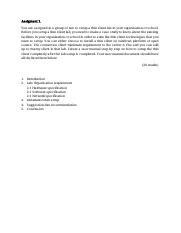 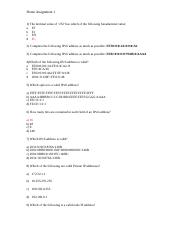 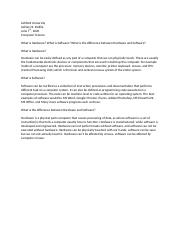