"Out of the Cradle Endlessly Rocking" is his mythical origin poem. In it, the grown-man speaker throws himself "on the sand, confronting the waves" as he remembers the experience that made him a poet as a child. The grown man comes here, to the shoreline, to reassure himself that he is, indeed, a poet. It was here, too, on this shoreline where he first encountered the birds that taught him the language of empathy. Once the female of the pair disappeared, Whitman's speaker listened intently to the male's lament, a lament that awoke his poetic spirit. And "in the moonlight on Paumanok's gray beach" the sea whispered to him the sweet song of the secret of death.

In "On Blue Ontario's Shore" Whitman sits by the shoreline to commune with the Phantom and deliver a poem "that comes from the soul of America."

Vegetation in Whitman's poems symbolize the cycle of growth and change. The lilacs in "When Lilacs Last in the Dooryard Bloom'd" are especially emblematic of this cycle, a cycle that inevitably ends in death. In the poem, the "ever-returning spring" brings lilacs every year. In the prime of its life, the lilac is "tall-growing" with "every leaf a miracle." Later, Whitman breaks off a "sprig of lilac" to lay on Lincoln's coffin, a symbol of its diminishing purpose. When Whitman finally comes to understand death, the lilac is absorbed into Whitman's own soul.

Of course, it is not surprising to find plants turn up in a poetry collection named Leaves of Grass. In "Song of Myself," the first poem of the 12 that make up the original edition of Leaves of Grass, a child asks Whitman's speaker, "What is the grass?" The speaker answers him, "I guess the grass is itself a child ... the produced babe of the vegetation." In this way, Whitman cleverly points out to the reader directly that plants are symbols of the cycle of life in his work. He goes yet further with his grass metaphor, pointing out that grass seems to be like "the beautiful uncut hair of graves." In an endless cycle of life and death, grass and other plants decompose to form fertilizer for new plants to grow. And finally, Whitman's speaker gives himself over to "the dirt" so that he might "grow from the grass" he loves. In this way, he makes himself immortal by surrendering to the cycle, imploring his reader: "If you want me again look for me under your bootsoles." Even after he is gone, Whitman will live on in his leaves of grass. 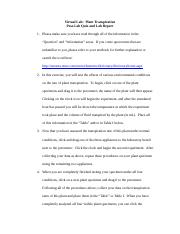 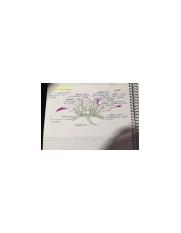 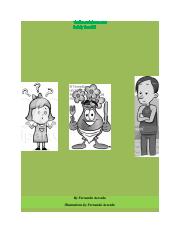 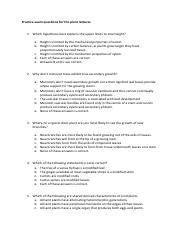 View all
essay on my hobby essay on corruption essay on over population
what did Aldo Leopold have to say about the land and the land ethic. With this information in mind, what do you think Aldo Leopold meant by integrity, stability, and beauty of the land?
1) Give the background information of smart city, and what is the relationship of smart city and Hong Kong. ( the adv. of Hong Kong to become smart city, or the smart city development progress of HK)
Cite This Study Guide

Have study documents to share about Leaves of Grass? Upload them to earn free Course Hero access!