Simon awakens from his fit and leaves the area of the Lord of the Flies. He ascends the mountain and recognizes that what they thought is the beast is the dead parachutist. From the mountaintop, he can see the boys and decides that he must tell them the true identity of the beast.

The look of the clouds reminds Ralph of when the boys landed on the island. Piggy reacts with unusual anger at Ralph when teased by him. He attributes it to a headache. Piggy and Ralph debate Piggy's suggestion that they go to the feast. While Piggy wants meat, he says the reason to go is "to make sure nothing happens."

When they come to the feast they find a party, the boys laughing and eating. Jack's face is painted, and he sits on a log like a chief. When the boys notice that Piggy and Ralph have come, they become silent. Ultimately, Jack orders that they be given meat.

After asking if everyone has eaten their fill, Jack asks who is going to join his tribe. He says he got them food and that he and his hunters will protect them from the beast. Ralph protests that he is the chief and reminds them all of the plan to keep the fire going. The two yell at each other and debate the relevance of the conch. When Jack asks again who will join his tribe, the boys say they will. Piggy, sensing trouble, tries to get Ralph to leave. Ralph continues talking, now mentioning the shelters as lightning and thunder strike.

Jack calls for the dance, and Roger pretends to be the pig. The boys begin their "Kill the beast!" chant, and all are swept up in the frenzy. They see Simon crawling out of the forest. He calls out about the dead parachutist, but the boys don't hear or recognize him. Seeing him as the beast, they kill him with their bare hands and teeth.

The storm takes the dead parachutist's body onto the beach and into the sea. The boys run at the sight of this. The storm then washes Simon's body into the sea.

The chapter makes use of the weather to intensify the mood of horror and tragedy. The brewing storm—marked by intense heat, drained colors, and still air that has "no refreshment"—coincides with the rising tension. The foreboding skies need to break and send the storm crashing down. Just as an outlet is needed for the powerful storm, the boys are in a frenzy. They perform their ritual dance and chant, and their bloodlust reaches a peak. Simon arrives at the moment the boys are most frenzied, when the lightning and thunder have begun. The boys, blinded by their bloodlust, have no rationality; they cannot see clearly enough to recognize that they are looking at Simon and not the beast. The murder of Simon allows the boys to release their bloodlust, and coincides with the torrential rains that release some of the tension in the skies. Those same rains ultimately wash Simon and the parachutist away, removing any reminders of the destructive force of human savagery, whether the acts were those of adults or children.

Simon's death is a fulfillment of the prophecy that he imagined the Lord of the Flies speaking in the previous chapter. Simon had heard it say that the boys were going to have fun and that he is not wanted. While he tries to help the other boys and tells them the truth about the parachutist—a truth that should serve to alleviate their fears about the beast—that truth is not heard. The evil within them drives them to murder.

In this chapter, Simon's identity as a Christ-like figure is reinforced. He discovers a truth and dies trying to share it with the others because he is misunderstood and murdered by those closest to him. The parallels to Jesus's attempts to teach humankind about the way to God, his betrayal, and his crucifixion are clear. Unfortunately, Simon's death, unlike the death of Jesus, does not offer salvation. This is because the boys never learn the truth. As a result, their behavior will worsen.

While Jack does not win the vote for chief, the boys nevertheless turn to him as he is able to attend to their basic needs—food and protection. Jack has become a king, sitting above them with his face covered in war paint, a mark of difference between him and the others. He gives orders, and they obey. For Jack, the beast and the fear it causes among the boys are a road to power. He reminds the reader of the authoritarian rulers who played on their people's fears to rise to power in Europe in the 1930s.

With Ralph's insistence on the power of the conch, he has misread the boys' needs. At this point, they long for basic human needs. Jack offers that, as well as rituals that create a sense of comfort. Civility and fairness are no longer relevant. Therefore, the conch and Ralph are meaningless. 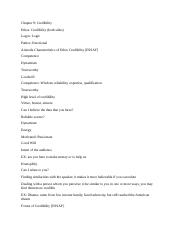 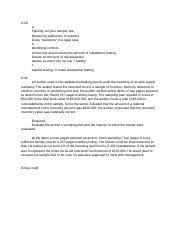 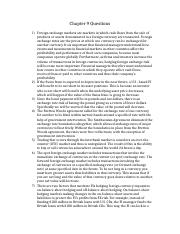 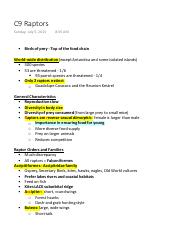