Course Hero. (2016, December 2). Much Ado About Nothing Study Guide. In Course Hero. Retrieved January 31, 2023, from https://www.coursehero.com/lit/Much-Ado-About-Nothing/

Professor Regina Buccola of Roosevelt University explains the symbols in William Shakespeare's play Much Ado About Nothing.

Much Ado About Nothing | Symbols

The symbols in Much Ado About Nothing represent the characters' fears about love and their attempts to meet the expectations of romance in the Elizabethan era.

Don Pedro jokes with Benedick about the horns of the "savage bull" when Benedick protests against marriage, suggesting that marriage tames the wild bull. The symbol transforms throughout the course of the play as the characters' views of marriage transform. As Benedick approaches marriage, Claudio promises Benedick's horns will be gold tipped, a reference to Zeus.

The poems in Much Ado About Nothing symbolize Benedick and Beatrice's failed attempts at a conventional romance. In the Elizabethan era poetry was often used to express romantic feelings. Beatrice and Benedick both try their hands at it, as evidenced by the sonnets their friends show as proof of their love, but they aren't natural poets. Benedick, in particular, frets over rhyming schemes and eventually determines he "cannot woo in festival terms." This is a sign their relationship will function differently from that of Hero and Claudio.

Masks are worn for two reasons in Much Ado About Nothing: to deceive and to hide one's true feelings. Their most notable use is during the dance in Act 2, Scene 1. All of the men wear masks, and in some versions of the play the women do, too. Don Pedro wears a mask to woo Hero for Claudio, and Benedick wears a mask to find out Beatrice's feelings about him. In these cases masks are symbols of insecurity. Claudio worries he will not be able to adequately woo Hero, so he sends a masked Don Pedro to do the job. Benedick is afraid to ask Beatrice how she feels about him face-to-face, but he feels safer doing so behind the anonymity of the mask. In a sense the masks function as shields protecting male vanity from female scorn.

Beards were a sign of masculinity during the Elizabethan era. Benedick has a beard at the beginning of the play, and it can be assumed Claudio, "Lord Lackbeard," doesn't have one, which Benedick attributes to Claudio's youth. Women of the era would have been attracted to a man with a beard, but not Beatrice. She "could not endure a husband with a beard on his face." Benedick, having had Beatrice's heart once before, knows this. That's why he appears clean shaven in Act 3, Scene 2. Shaving his beard symbolizes how he puts aside his own preferences to please Beatrice. 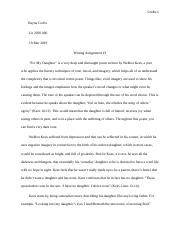 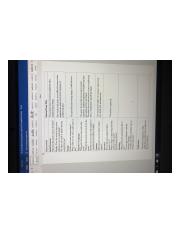 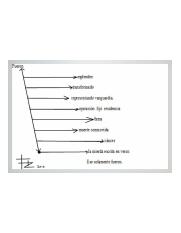