Course Hero. (2016, December 2). Much Ado About Nothing Study Guide. In Course Hero. Retrieved October 3, 2022, from https://www.coursehero.com/lit/Much-Ado-About-Nothing/

Professor Regina Buccola of Roosevelt University explains the themes in William Shakespeare's play Much Ado About Nothing.

Much Ado About Nothing | Themes

Much Ado About Nothing is a play about love, but its themes reach far beyond Benedick and Beatrice's conflicted story line. In this sharp and insightful play, William Shakespeare takes a close look at Elizabethan customs, gender roles, and means of communication.

Honor is the most important theme of Much Ado About Nothing, and it's depicted in a few different ways. The first type of honor is the adherence to what is right as a means of protecting one's reputation. This is most often seen in Claudio. When Hero's chastity is called into question, Claudio publicly scorns her to protect his own honor. He would rather let Hero die than be linked to an unvirtuous woman. The same goes for Don Pedro, who does not want to be remembered for helping forge the romance between the young lovers once Hero's virtue is questioned. Both Don Pedro and Claudio denounce Hero to protect their reputations. Though it may not seem like the nicest decision, it fits within the moral code of Elizabethan society.

The second type of honor is chivalric honor, which holds men are obligated to protect the wronged, the ill, and the inferior (as a woman, Hero fits into the first and third categories). To defend Hero's reputation, Benedick risks his own and his friendships as well. More importantly he's defending the honor of Leonato's entire family, particularly Beatrice. He uses his honor to protect her from shame and sadness, as well as to show her how much he cares about her.

The third type of honor in Much Ado About Nothing is a woman's honor, which is called into question in the play. In this sense honor is a synonym for chastity or virtue. Women were held to much higher standards than men in the Elizabethan era, and they were expected to remain chaste until married. Failing to do so would harm the reputation of the woman in question. Her dishonor also reflected poorly on the woman's family, particularly her father. When Hero's honor is called into question, so is Leonato's, for it was his duty to ensure she remained chaste. He, like Claudio and Don Pedro, has a lot to lose if Hero is proven to be unchaste. Everyone else's reputation depends on hers.

Trickery and deception abound in Much Ado About Nothing, and the plots to deceive piggyback off one another through the end of the play. Some things, like bringing Beatrice and Benedick together, are for the good, while others are purely to harm. Shakespeare doesn't take a stance on the use of tricks to achieve a certain goal, but he does show how once deceptions begin, they're hard to stop:

In most instances telling the truth would have been much simpler and produced a better outcome. Hero wouldn't have been slandered, Leonato wouldn't have wished her dead, and Beatrice and Benedick would have gotten together before the final scene of the play. But the truth may not have worked. Benedick and Beatrice may never have accepted their love for one another had they not been set up to overhear fake conversations. And Claudio refused to listen to Hero when she tried to defend herself. Shakespeare uses trickery as a means of showing his characters the truth when they won't listen.

Language is important in any piece of literature, but it's especially significant in Much Ado About Nothing. Language distinguishes social status, separates the comic from the serious, and serves as both weapon and balm. The latter is most notable in the ongoing "merry war" between Benedick and Beatrice. From Act 1, Scene 1 they twist one another's words into insults and barbs. They are both quick on their feet and even quicker with their tongues, and their wit distinguishes them as the most intelligent of their group. Yet language can be hurtful, and Benedick compares Beatrice's words to stabs. It's an apt metaphor, as Beatrice uses language to protect her heart from falling in love with Benedick again. When they are tricked into loving one another, the sharp jabs relax into playful banter peppered with "Sweet Beatrice" and "Alas, poor heart." Beatrice and Benedick maintain their witty repartee throughout the wooing phase, simply softening their words into those of love.

Language is also an indicator of social class in Much Ado About Nothing. The high-born nobles such as Don Pedro, Beatrice, and Leonato all speak gracefully, even when telling dirty jokes. Characters of the serving class, including Margaret, use language not as refined. Margaret, in particular, tries to match Beatrice's wit, but her delivery isn't nearly as smooth. The plainest language comes from the working class, represented by the watch. They don't sugarcoat sentiments with extra words or syllables. That's left up to Dogberry, who basically destroys the English language in an attempt to seem more important than he really is. He wants to be respected by his inferiors, the watchmen, and his superior, Leonato, so he uses big words he doesn't understand, a verbal style frequently associated with social climbers who then end up looking foolish.

Language is also used to delineate the difference between comedy and tragedy in Much Ado About Nothing. The majority of the play is written in prose, but the tragic parts—for example, when Claudio is accusing Hero of being unchaste—are written in verse. This shift signals to the audience that the tone of the play is changing. For the most part Claudio and Hero speak in verse, while Beatrice and Benedick speak in prose.

Many of the injustices in Much Ado About Nothing have to do with gender. Women were treated like second-class citizens in the Elizabethan era, and as such, they weren't afforded many opportunities to better their situations without the assistance of a father or a husband. Women could inherit property but not as much as a man, and though many women did work, they didn't have the opportunity for high-paying careers like doctors or lawyers. A man's word was considered more trustworthy and valuable than a woman's, even if the woman was in the right. This happens to Hero, who is accused of being unchaste and is not given the opportunity to defend herself and prove her accusers wrong.

Gender is also an indicator of power, both when the play was written and within the play itself. Hero's father rules her life, for women were generally in their father's charge until they were married. Beatrice feels the acute pain of powerlessness due to her gender: "O God, that I were a man!" she rages to Benedick after Claudio slanders Hero. She wants to avenge her cousin's name, but as a woman she must rely on Benedick to uphold Hero's honor. This is a double blow to a woman who prides herself on not needing a man for anything. 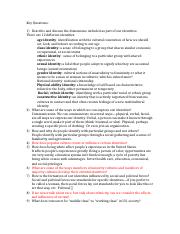 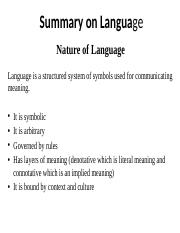 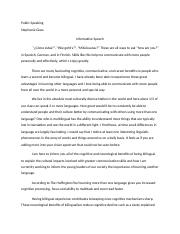