The youngest son of the Titan Cronus, Zeus defeats his father and ushers in the rule of the Olympian gods in Greek mythology. Zeus becomes king of the gods and god of thunder and lightning, wielding enormous power over Olympus and Earth. Zeus uses this power primarily to seduce mortal women, even though his wife, Hera, is the Goddess of marriage. Zeus's many affairs create some of the most memorable myths as he attempts to conceal his activities from Hera. These affairs also produce some of the most illustrious figures in mythology, including gods such as Dionysus, and heroes such as Perseus and Hercules. The Romans know Zeus as Jupiter or Jove.

As the Greek goddess of marriage, Hera serves as patron to the prayers of married women everywhere. In practice, she is a jealous and vindictive goddess. Many of the most famous Greek myths focus on her attempts to avenge herself on her husband Zeus's many lovers and the offspring of these affairs. However, Hera's jealousy is not limited to her husband. She prolongs the Trojan War because the Trojan prince Paris offends her vanity. She seldom rewards mortals for good behavior, but often punishes those only loosely associated with those who offend her directly. The Romans know her as Juno.

Known as Mercury to the Romans, Hermes is a popular god because of his friendly disposition and sense of good-natured mischief. He steals his brother Apollo's cattle when he is just a day old, an act he atones for by inventing the lyre and giving it to Apollo. His cleverness and ingenuity make him a god of many specialties. He serves as the messenger of the gods, but he is also the patron of merchants, thieves, and travelers.

Athena, also known as Pallas Athena to the Greeks and Minerva to the Romans, springs forth from Zeus's head fully grown, wearing a suit of armor. In early stories, she is a battle goddess, but later myths associate her with civilization, wisdom, and reason. She creates the olive tree, a cornerstone of Greek food and commerce, and becomes the namesake and patron of the city of Athens. Her temple, the Parthenon, rests on Athens's tallest hill, the Acropolis, and remains a symbol of the city to this day.

Apollo is another of Zeus's children, and the twin brother of Artemis, goddess of the moon and the hunt. Apollo represents light and truth, and is associated with medicine, music, archery, and athletic pursuits. His oracle is located in a temple near Delphi in Greece and is often consulted in the myths (and in real life) to offer guidance and assistance, although the information the oracle provides sometimes causes more problems than it solves. Like Zeus, Apollo often attempts to seduce mortal women. He is known as Apollo to the Romans.

Poseidon is the god of the sea, known as Neptune in Rome. He actually rules over all bodies of water, assisted by a wide assortment of lesser sea-gods, river-gods, and nymphs. He can be terrible and vengeful to those he feels have wronged him, but he is also capable of great mercy and benevolence. Poseidon is honored by the seafaring Greeks and Romans for his ability to provide calm seas, and he is equally revered for giving horses to mankind, which facilitates travel and commerce on land.

Aphrodite is the Greek goddess of love and beauty. Her origins vary in some of the early myths. In the Iliad, she is a daughter of Zeus, but the most famous account of her birth has her rising from the sea foam near the island of Cyprus. She is romantically linked with the gods Hephaestus and Ares, but she also has numerous affairs with mortal men. She is also the mother of Eros/Cupid and hence jealous of her son's attachment to Psyche. She figures prominently in many myths because love—either the pursuit of it or the loss of it—figures prominently in the human experience. The Romans know her as Venus. 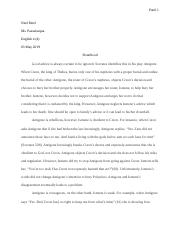 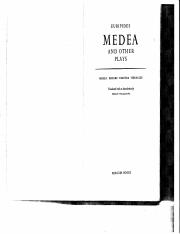 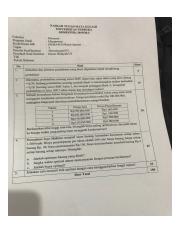