Elie Wiesel's powerful memoir Night, published in French in 1958, is considered a cornerstone of Holocaust literature. A survivor of the Holocaust, Wiesel describes the physical brutalities and psychological torture endured by millions of Jews during World War II.

Night traces the plight of Wiesel and his family from the gradual disenfranchisement of Jewish citizens during the early 1940s to the concentration camps and death marches through frozen wilderness that were the terrifying and inhumane realities of Hitler's Final Solution. Far more than a chronicle of historical events, Night describes the impact the Holocaust had on Wiesel's spirituality and personal identity, as well as his conflicted emotions about his father's declining health. Though Wiesel later stated that not every incident described in Night happened to him personally, he considered the book to be his "deposition" and a text that accurately describes the suffering so many endured at the hands of reckless hatred.

1. Night was originally written in Yiddish.

Wiesel completed his manuscript in Yiddish in 1954, under the title Un di velt hot geshvign, which translates to "And the World was Silent." In 1958 it was translated into French with the title La nuit, which became Night in the 1960 English version.

2. Night is the first book in a trilogy.

Wiesel later published two novels to follow Night, entitled Dawn (1961) and Day (1962). Though Wiesel was clear that these novels were not personal testimonies as Night was, they describe the path toward recovery of Holocaust survivors and how the genocide continued to haunt those who survived it.

3. Wiesel's title for Night came from a Jewish tradition.

Because it is believed God created night and then day, the Jewish day runs from nightfall to nightfall. The Jewish practice of beginning a new day at nightfall, as opposed to the common convention of beginning it at midnight, inspired Wiesel to name his novel Night, as he saw the Holocaust as both a beginning and an end. He explained:

I wanted to show the end, the finality of the event. Everything came to an end—man, history, literature, religion, God. There was nothing left. And yet we begin again with night.

4. Wiesel appears in a famous photograph taken when the Buchenwald camp was liberated.

The photograph, on display at the United States Holocaust Memorial Museum in Washington, DC, shows a starved Elie Wiesel in one of the camp's bunks. The photograph was taken at the Buchenwald camp in April 1945. 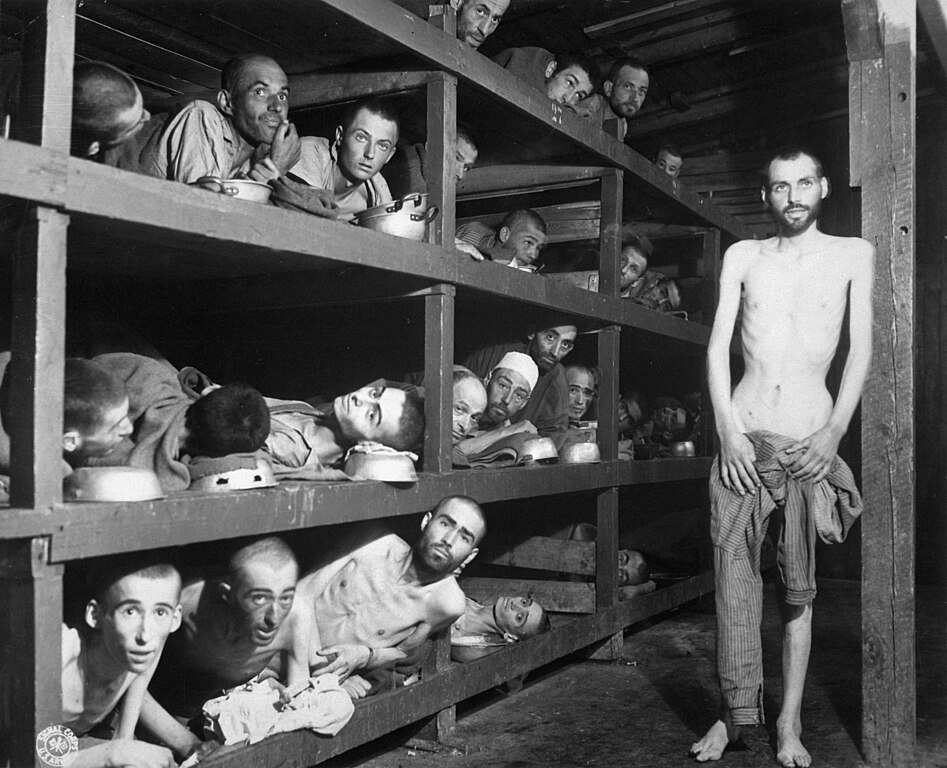 Night author Elie Wiesel can be seen second row from the bottom, seventh from the left. National Archives and Records Administration

When Night was sent to American publishers for translation in 1958, it was rejected numerous times. Wiesel's agent, Georges Borchardt, noted, "Nobody really wanted to talk about the Holocaust in those days." Upon publication, Night received excellent reviews, but these did not lead to widespread sales immediately. The sales, over 10 million, came later, as the Holocaust became a subject for academic study and Oprah Winfrey chose the text for her book club.

6. Critics have had trouble classifying Night.

Some readers and reviewers read Night as a memoir, while others claim it should be treated as a novel. For instance, the fact that Wiesel must have been slightly older during his time in the camps than he states in his text has caused some to view it as partially fictional. However, Wiesel's wife, who worked on a new translation of Night, stated, "This is a factual account, and the changes were made with full transparency."

7. Sales of Night skyrocketed after the book was chosen for Oprah's Book Club.

Night was chosen for Oprah's Book Club in 2006, which led to a strong resurgence in sales. By 2008 Night had sold around 10 million copies, 3 million of which were sold after Oprah's endorsement. Oprah also conducted several interviews with Wiesel, and she traveled with him to Auschwitz 61 years after he was freed from the camp.

8. After the Holocaust, Wiesel was a student of famous philosophers.

Though Wiesel wanted to move to Palestine after liberation, immigration restrictions forced him to move to Paris instead. There he attended the Sorbonne University, where he sat in on the lectures of the influential philosophers Martin Buber and Jean-Paul Sartre. Of this experience, he wrote the following in a 1995 memoir:

Francois, my tutor, guide, and friend, did his best to initiate me into the life of the Latin Quarter, taking me to hear Sartre and Buber, whose lecture on religious existentialism was an event. The hall was packed, the audience enthusiastic. Buber was treated like a prophet. His listeners were elated, conquered in advance, ready to savor every word.

9. Moshe the Beadle witnesses the first large-scale mass murder of the Holocaust.

Moshe, a local of Sighet who is taken from the town by force, describes the horrors he escapes to the remaining Jews of the area. The brutality he describes was that of the massacre at Kamenets-Podolsky, in which deported Jews were brought to the Ukraine and slaughtered in the woods. This was the first known massacre that occurred on the path toward the Nazis' Final Solution.

10. French media helped Wiesel reunite with one of his older sisters after the war.

During Wiesel's time in a French orphanage after the war, a journalist took and published a photograph that included Wiesel. One surviving sister saw the photograph in the newspaper and recognized her brother. She tracked him down. Later, the pair reunited with their other surviving sister. The Wiesels' youngest sister did not survive the camps.