Of Mice and Men

Every book has a story—check out these 10 unusual facts about Of Mice and Men by John Steinbeck.

John Steinbeck's 1937 novella Of Mice and Men is a classic of American 20th-century literature. Chronicling the tale of two migrant workers, George Milton and Lennie Small, Steinbeck captures the desperation and societal upheaval caused by the Great Depression.

As two uneducated men trying to make the best of life under dire economic circumstances, George and Lennie work at farms across California and attempt to scrape by on their meager wages. The friendship Steinbeck portrays between George and Lennie begins as a beacon of hope in the destitute landscape of Depression-era California. However, the story transforms into a heart-wrenching tragedy when Lennie accidentally kills another worker's wife, leaving George to handle the witch-hunt that ensues.

1. Steinbeck's dog ate an early draft of the novella.

Steinbeck's dog, Max, ate the manuscript of Of Mice and Men at a time when drafts were written by hand or composed on typewriters. There was no "back up" and Steinbeck, no doubt, suffered considerable frustration.

2. Lennie is based on a real person John Steinbeck encountered.

Much of Of Mice and Men was inspired by John Steinbeck's real-life experiences. He spent time as a migrant worker like his protagonists George and Lennie. During that time, he met someone who would serve as the basis for Lennie. Steinbeck said:

Lennie was a real person. He's in an insane asylum in California right now. I worked alongside him for many weeks. He didn't kill a girl. He killed a ranch foreman.

3. Steinbeck drew inspiration for the title Of Mice and Men from a poem about a mouse nest.

The 18th-century Scottish poet Robert Burns wrote a poem called To a Mouse, which tells of the narrator's regret after inadvertently destroying a mouse nest while plowing a field. Steinbeck was intrigued by this unique and poignant expression of grief, and he changed the title of his manuscript to Of Mice and Men to pay homage to the poem. The title comes from a verse that reads, as translated from the original Scottish dialect, "The best-laid plans of mice and men/Often go wrong." 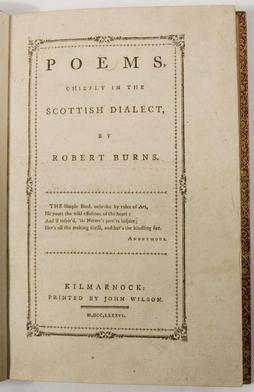 In the first decade of the 2000s, Of Mice and Men ranked fifth on the American Library Association's list of most frequently banned or challenged books. Of Mice and Men has been accused of being inappropriate due to vulgar language, sexually explicit content, and unfavorable propaganda. Steinbeck's The Grapes of Wrath shares a similar history; that book was even burned upon publication at the St. Louis Public Library!

Steinbeck may have used a typewriter at some point, but the majority of his work was written in pencil. He used more than 300 pencils to complete his novel East of Eden. On his love for pencils he said, "It occurs to me that everyone likes or wants to be an eccentric and this is my eccentricity, my pencil trifling."

6. The first film adaptation was one of the first films to have an opening credit sequence.

7. John Steinbeck's agents were initially disappointed by Of Mice and Men.

When Steinbeck's agents received Of Mice and Men in 1936 they expressed displeasure with the book's "narrow scope." Steinbeck wrote back to his publishers:

The microcosm is rather difficult to handle and apparently I did not get it over —the earth longings of a Lennie who was not to represent insanity at all but the inarticulate and powerful yearning of all men.

8. You can visit the house where John Steinbeck wrote Of Mice and Men.

Steinbeck lived in a house in Monte Sereno, California with his first wife Carol Henning, who designed the 1,500 square-foot abode built in 1936. While living there, he wrote Of Mice and Men. The couple moved out in 1938 due to a lack of privacy when other houses began being built around them. In 1989 the house was added to the National Register of Historic Places and is still standing today.

Following the assassination of President of John F. Kennedy in 1963, his wife Jackie decided she wanted to someone to write a biography of her husband. She decided Steinbeck was the right choice. Steinbeck ultimately decided not to accept her request.

10. Steinbeck stood up to the FBI when he was under investigation.

Constantly monitored by the FBI for the pro-labor views apparent in his work, Steinbeck wrote a letter to the attorney general, stating, "Do you suppose you could ask Edgar's boys to stop stepping on my heels? They think I'm an enemy alien. It's getting tiresome." J. Edgar Hoover, the director of the FBI at the time, was against labor unions. He despised Steinbeck's worldviews and lifestyle. Despite a public denial, the FBI, under Hoover's leadership kept an extensive file on Steinbeck.

Have study documents to share about Of Mice and Men? Upload them to earn free Course Hero access!