On the Road | Study Guide

On the Road | Themes

Although On the Road is drawn from Kerouac's personal experiences on the road with Neal Cassady and others, it is first and foremost a novel. As a result, it includes well-developed themes that provide fresh perspectives on life, on growing up and maturing, and the Beat counterculture that influenced a generation and that, in many ways, continues to influence society today.

In the glow of the post–World War II era that many young intellectuals criticizes as false, Sal visits the large metropolises of Chicago, Denver, New York, and San Francisco. The description of each city works to personify it, as the city mirrors a particular phase in a character's journey. For example, as Sal views from Times Square in New York "those awful cemetery cities beyond Long Island City," he realizes the inevitability of death—the end of time.

In the 1950s, gender roles and social expectations were strong. Young men were expected to find jobs, get married, and support their families in a quiet, suburban life. Many youths, like Sal Paradise and Dean Moriarty, rebelled against those expectations, embracing counterculture instead. These young intellectuals, along with Carlo, Tim, Roy, Old Bull Lee, Roland Major, and others, embodied the Beat Generation, which values individual freedom and self-enlightenment. Those living a "Beat" life readily use drugs, alcohol, and sex to experience elevated reality and heightened spiritual awareness. In pursuit of this reality, little consideration is given to consequences, whether physical, financial, or emotional. Old Bull Lee is a prime example. Heralded as a "teacher" to younger "Beats" like Dean and Sal, Bull Lee is a barely functional drug addict who disregards his responsibilities as a husband and father. Likewise, Dean abandons three wives and all of his children for life on the road.

Sal and Dean are an unlikely pair of best friends. Sal is traditionally educated and an intellectual, while Dean is a streetwise career criminal who lives life dangerously and without regard to consequences. Both men, however, share a passion for adventure and a desire to embrace their freedom on the open road. Sal and Dean make excellent traveling companions: Dean has the gumption to create exciting opportunities and the charisma to sweet talk his way into and out of tricky situations. Sal is more pragmatic and able to plan and organize their travels. Sal is a writer with the ability to work and save money to fund an adventure, while Dean is more irresponsible and willingly steals what he needs. Together, the pair crisscross the United States, relying on each other's strengths throughout their travels.

When Sal first meets Dean, he idolizes him and treats him like a hero. When Dean's bad behavior isolates him from friends and lovers, Sal jumps to his defense, believing their relationship to be deeper than all others. They are so close that Sal even calls Dean his brother. In Mexico, however, Dean abandons Sal, just as he has abandoned everyone else in his life. Sal sees him for the "rat" he is. When Dean tries to reunite with Sal months later, Sal has moved on and there's no longer a place for Dean's wild energy in his life.

One of the key tenets of the Beat Generation was embracing individual freedom. Dean's character embraces this philosophy fully, always choosing the freedom of the road over the responsibilities of family or loyalty to friends. Both Dean and Sal enjoy hitchhiking more than other modes of travel because it allows them to float freely across the country without the restraints of timetables, tickets, or fares. They also love jazz, which favors improvisation over structured composition. While exploring the United States, Sal and Dean use drugs and alcohol and engage in sex without restraint. The only hindrances to their experience are police officers, laws, and regulations that threaten to damper the freedom of their adventures.

Dean is a "man's man" in On the Road. He's strong, attractive, brave, bold, and virile. Sal idolizes him and models himself after Dean's example. As part of the masculine expression of the Beat Generation, young men like Dean rebel against social expectations of repressed sexuality and monogamy by bedding multiple partners while ignoring consequences and complications. They objectify women, seeing them only as sexual partners, not equals or partners. Dean's ideal woman would be silently smiling in bed, much like the wife of the jazz player, Walter, whom he meets in a club. 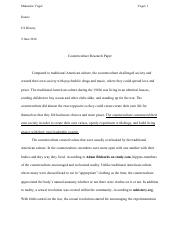 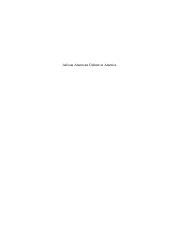 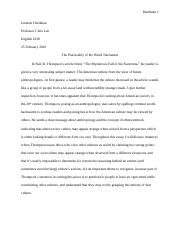 View all
Please use either video or text. Let me know at the top which one you use. One or the either. Answer the following questions in two paragraphs. https://www.youtube.com/watch?v=EYt3swrnvwU https://drad
What phrase does FDR repeat throughout his speech several times to emphasize that everyone deserves these four key freedoms?
Topic: What did freedom mean for African Americans during slavery? Essay needs to be written in MLA Format Introduction should start off like this : Although millions of slaves never experienced freed
Study your choice carefully and answer the questions that apply to your pic(I have attached the picture ) . You may use a Q & A format. Questions about the Creator Who created this visual or multimedi
Cite This Study Guide

Have study documents to share about On the Road? Upload them to earn free Course Hero access!