The town mourns for Colonel Aureliano Buendía. During Meme's last summer vacation, Aureliano Segundo stays at the Buendía house, and Fernanda conceives Amaranta Úrsula. Because of Meme's clavichord talent and success, Fernanda allows her a social life, and Meme befriends the Americans.

After Amaranta's mourning period, Meme sleeps with Mauricio Babilonia. When Fernanda catches Meme kissing someone at the movies, she forbids her to leave the house. After suspecting Meme is meeting Babilonia in the shower, Fernanda asks the mayor to place a guard next to their chicken coop. He shoots and paralyzes Meme's lover.

Due to Fernanda's "strictness," Meme prefers the values and company of her father's concubine over her mother. While drunk on cane liquor and empowered by time spent with a female friend, Meme experiences a "rare feeling of bravery." She wants to run away from school and abandon the clavichord. When Fernanda questions her, she tells Fernanda and Amaranta, who don't speak to one another, "I was only now discovering how much I loved you both." She is, of course, being sarcastic, and this shows how much the two active women of the house have negatively affected the family.

Rebellious Meme, modern in her thinking and actions, still suffers at the hand of Fernanda. When her mother notices the yellow butterflies at night, which represent "bad luck" to her, she spies on Meme. Connecting her showers, the mustard plasters for preventing pregnancy, and the man, without consulting anyone Fernanda kills her daughter's spirit by meddling in her romantic love. By manipulating the authorities, Fernanda has Meme's lover maimed while her daughter waits "naked and trembling with love among the scorpions and butterflies." In this case, the yellow butterflies are a symbol of imperialism and do bring bad luck to the family. 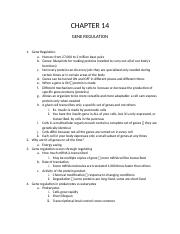