Macondo's first born, Colonel Aureliano Buendía is the youngest son and middle child of Úrsula and José Arcadio Buendía. Gifted in metalwork, he withdraws into the laboratory and falls in love with Remedios Moscote. Subject to premonitions, he's a rebel commander for the Liberal Party. After his sons are hunted and killed, he proposes another war, but his friend resists. Occupied and persistent, he finds solitude in old age making gold fishes.

Stubborn and ambitious, José Arcadio Buendía marries his cousin, Úrsula, and founds Macondo. Imaginative, the patriarch of the Buendía family settles the town. When the gypsies introduce him to the outside world he becomes infatuated with new ideas, despite his wife's discouragement, and begins a slow descent into madness.

Úrsula Iguarán is the matriarch of the Buendía family. Strong, clairvoyant, and serious, she strives to ensure the family's happiness, welcoming and taking in her children's lovers and offspring. Owner of a candy animal business, she supports the family and the expansion of the house, which is eventually shut down by Fernanda. Within the family and town she remains active and helpful most of her life. When Arcadio and Colonel Aureliano Buendía are affected by war and power, she warns them of their actions. Out of all the characters, she lives the longest. In her final years, she bemoans that none of her children inherited her durability.

Every March, Melquíades accompanies the gypsies to Macondo to introduce new inventions, including magnets and a telescope. The once-sturdy man ages rapidly, even though on their first meeting he appears the same age as José Arcadio Buendía. Following his death, he returns to the Buendía house as a ghost, and they keep a room for him where his manuscripts, which predict the history and fate of the Buendías, are stored. Intermittently, the frank, wise, and mystifying gypsy appears to only a few in the family.

After Fernanda hides his identity, she contemplates killing him but can't. Instead, she hides him in Colonel Aureliano Buendía's workshop. After Aureliano is discovered, Fernanda forbids him to leave. After Fernanda's death, he remains a hermit, until Amaranta Úrsula urges him to leave. He makes several friends, but his love for her tethers him to the house. One night he sexually assaults her, then the two begin a secret affair and she becomes pregnant with the last Buendía. Wondering why a deadly fate has inflicted them, he translates the epigraph of Melquíades's manuscripts, realizing they're about the family. Wanting to know his identity, he reads and learns that Amaranta Úrsula is his aunt. As he reads the end of the narrative describing his family's fate, he and the town are destroyed by hurricane winds.

The youngest child and only daughter in the second generation, Amaranta Buendía remains in the Buendía house her entire life. As an adolescent she falls in love with Pietro Crespi, who has promised himself to Rebeca. After Rebeca marries Amaranta's oldest brother, she makes Pietro fall in love with her only to break his heart. Her initial heartbreak, jealousy, and bitterness permanently stunts her emotional growth, and she never becomes close with anyone her age, in or outside the house. When Colonel Gerineldo Márquez falls in love with her, she strings him along only to reject him. She cares for the children in the house, initially out of guilt of feeling responsible for Remedios's death, and becomes romantically involved with Aureliano José and José Arcadio. Her jealousy and illicit affairs complicate life in the Buendía house and cause many to leave the house and Macondo. 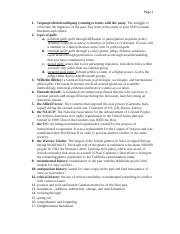 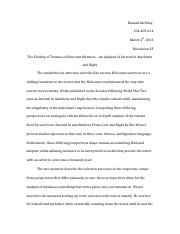 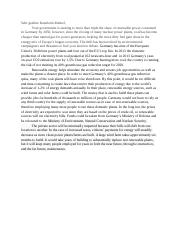 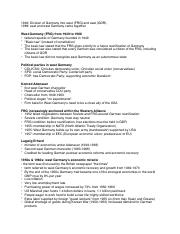 View all
Identity is acquired through interaction with other members of one's cultural group. The family exerts a primary influence on early identity formation. How has theinternet influenced/changed individua
Read the following passage and identify at least 3 elements of figurative language; explain how each element brings out the theme of the passage. "The Wrong Place" by Susan Michalski Lana woke up, cur
Fix the following sentences by first identifying the problem and then by re-writing them in a grammatically correct way. Although advising her son, Edward, to murder his father, he refuses to reward h
Respond: Part 1: Compare the literary description of the holocaust in Elie Wiesel’s Night with the cinematic portrayal of similar events in Steven Spielberg’s Schindler’s List. Is literature or cinema
Cite This Study Guide