One Hundred Years of Solitude | Themes

Because characters are haunted by their pasts—decisions, history, ghosts, knowledge gained retrospectively—nostalgia complicates their futures. Fernanda del Carpio's upbringing affects her expectations, which estranges everyone in the Buendía house. Amaranta Úrsula's memory of home leads her back, where her life takes unexpected turns.

With the past and present theme, Gabriel García Márquez develops a dizzying feeling of circularity by manipulating a linear, forward-moving timeline with flashbacks, backstory, and background information provided by the narrator to catch the reader up to the present plot. By including the ghosts of characters, Prudencio Aguilar's journey to find and haunt José Arcadio Buendía, and recycling characters' names throughout seven generations, the author creates the sense that everything is happening at once, giving another feeling of circularity to the novel. The characters—especially Úrsula and Pilar (because they live the longest)—acknowledge events are repeating, so readers understand that time, the Buendías, and Macondo are digressing.

Coined by Cuban novelist Alejo Carpentier in the 1940s, the term magic realism refers first to a literary genre where authors factually weave the "supernatural" and the "real." The genre exists across cultures and time, but it was popularized by writers from Latin America, including Jorge Luis Borges, Isabel Allende, and of course, Gabriel García Márquez. The genre enables writers to pit realities of the postcolonial era (time period following the end of colonization or rule by another country as citizens struggle to redefine their cultural identity) against one another: the colonizers versus the colonized. Scholars consider magic realism a "natural outcome of postcolonial writing," but the genre can be problematic because it often leads to polarities that appear to benefit systemic power. The difficulty for readers lies in being able to tell the difference between real versus fake and truth versus lies in matters affecting those in power and those under oppression.

One Hundred Years of Solitude and other works of the genre allow authors to experiment in different ways. Junot Díaz, a native of the Dominican Republic and author of the Pulitzer Prize–winning book The Brief Wondrous Life of Oscar Wao, views magic realism as a "political tool" that "enables Caribbean people to see things clearly in their world, a surreal world where there are more dead than living, more erasure and silence than things spoken." Nobel and Pulitzer Prize–winning novelist and former colleague of García Márquez, Toni Morrison, says One Hundred Years of Solitude invited her to write Song of Solomon: García Márquez's book's characters "were on intimate terms with the supernatural world, and that's the way stories were told in my house."

In fictional Macondo, a symbol of a war-torn and postcolonial but preindustrialized Colombia, magic realism transcends genre to represent a unique and thematic worldview. This is a world that rejects logic and reason and embraces magic, superstition, and religion as ways of perceiving grim realities that may appear fantastical in another context. In Macondo, it rains yellow flowers because the patriarch passes, the insomnia plague is contracted like the common cold, and ghosts pass through the house like dinner guests. The blend of magic and realism creates a truth that is more true than reality alone.

Macondo's characters search for a sense of identity—especially a common cultural identity—which drives the plot.

The only outsider folded into the family is Fernanda, the family's antagonist, who imports her beliefs and traditions into the house (squashing Úrsula's candy animal business; erasing her daughter for engaging in a romantic relationship). Other outsiders serve as antagonists for the inhabitants of Macondo, who share an identity. These outsiders represent the following aspects of colonialism:

These irritants create conflict and contribute to the fall of the Buendías and Macondo. 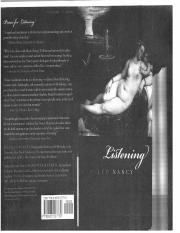 View all
How would you explain how a good, loving and all-powerful God allows suffering and evil in his creation?
Tell us what the best piece of writing your ever read was. Why did you think so? What did it reach you so well? Was there something special about the description or detail? Did you like the writer's v
to whom i should speak today meaning every stanza . please help me i badly needed this.
In Of Queen’s Gardens , John Ruskin echoes gender norms in the Victorian period. Ruskin states, The man's power is active, progressive, defensive. He is eminently the doer, the creator, the discoverer
Cite This Study Guide