Emily Dickinson was a close observer of the natural world. Therefore, it is not surprising many of the symbols she uses are taken from it. Having observed both beauty and cruelty in nature, she creates symbols that often are alternately appealing and threatening.

Light appears in many of Dickinson's poems as a symbol of welcome illumination and understanding. She often shows an interest in the way light appears and plays upon objects. Moreover, the sun, as the source of all light, serves an important function in many of her poems. It is the ultimate goal of the speaker in "I taste a liquor never brewed—," who ends up inebriated and leaning against the sun, as it is of the deceased subject of "She died—this is the way she died."

As it represents knowledge and understanding, light is the key symbol in "Tell all the Truth but tell it slant—," in which light is "Truth." The speaker asserts too much truth all at once is too much for people to take, just as too much light can leave one "blind." Because of its strength and power, "Truth must dazzle gradually," for it may be "too bright for our infirm Delight." In "There's a certain Slant of light," the waning light of a winter afternoon invokes despair as it reveals the truth of impending death. Light also represents revelation in "I heard a Fly buzz—when I died—," in which the anticipated spiritual understanding is blocked by the fly "interposed ... / Between the light—and me—."

For Emily Dickinson the admirable and congenial aspects of nature are usually those associated with land and vegetation, whereas the sea is often a treacherous, forbidding expanse that must be safely traversed. Thus it represents an aspect of nature whose vastness and wildness are threatening. In "Two swimmers wrestled on the spar—" the sea is the site of a life-or-death struggle. The swimmer who survives is the one who "turned ... to the land." In "Wild nights—Wild nights!" the speaker wishes to be safely across the sea and moored in the object of her love, out of harm's way. Similarly in "'Hope' is the thing with feathers—," the "strangest Sea" is a cold place of extremity.

Insects—bees, flies, beetles, and butterflies—appear in many of Dickinson's poems and can be cast in either a positive or negative light. Generally they represent the unstoppable process of nature. They're found everywhere: a beetle barging past a bird, bees feeding on flowers and clover, and even a fly buzzing around a deathbed. Bees often represent the fecundity of nature, like the bees dwelling in the clover in "It's all I have to bring today—." Drunken bees and butterflies are associated with the intoxicating beauties of nature in "I taste a liquor never brewed—." Because they're so tiny they cannot be contained. They can fly into houses where people live, as does the fly in "I heard a Fly buzz—when I died—," reminding readers of the inexorable process of decay that follows death.

Birds appear in a number of Dickinson's poems, not only as representations of nature but also as symbols of women, especially as objects of or seekers of love. As representations of nature, birds are beautiful and delicate. The speaker in "A Bird, came down the Walk—" describes the bird's beauty by noting its "Velvet Head." When it takes off it moves elegantly: "he unrolled his feathers / And rowed him softer home— / Than Oars divide the Ocean." Like women, birds are known not only for their beauty but also for their fragility. When the same bird becomes nervous, "He glanced with rapid eyes, / That hurried all around— / They looked like frightened Beads." In "'Hope' is the thing with feathers—," hope is a delicate "little Bird." But because Dickinson is well aware of the cruelty of nature as well as its beauty, she is perfectly capable of showing a bird biting "an Angleworm in halves" and giving no thought to eating it in "A Bird, came down the Walk—."

Windows can symbolize eyes or vantage points in Dickinson's poetry. At the end of "I heard a Fly buzz—when I died—" the speaker loses consciousness and cannot see. This state of unconsciousness is expressed as "the Windows failed." But windows can be more than mere eyes. The speaker in "I dwell in Possibility—" asserts poetry is superior to prose because it is "More numerous of Windows," or allows more ways of seeing the world. Thus windows permit light to enter and the mind to see outside itself. 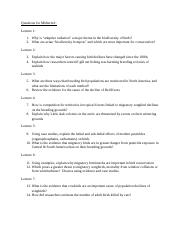 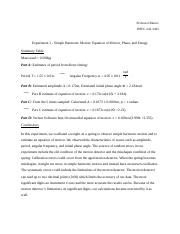 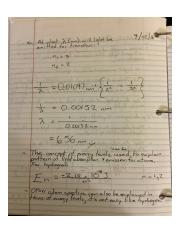 View all
What animals did the Sky Spirit create? How? Its the story “When Grizzlies Walked Upright” but did he create the bears for what they did?
What are the rules for changing /n/ to [m] and the rules for the bat-bet allomorphy in Bizcayan (Western Basque)?
For each of the following items, indicate in the space to the left whether it is a fused sentence (“FS”) or a comma splice (“CS”). Then, correct the error by adding a period or a semicolon. Capitalize
The tragedy is that you have to twist the knife in your own gray matter to make this defense work. You'll have to shut down, have to reject intellectual stimuli or diffuse them with sarcasm, have to c
Cite This Study Guide

Have study documents to share about Poems of Emily Dickinson (Selected)? Upload them to earn free Course Hero access!