It would be hard to overstate the role race plays in this novel. The Logans want nothing more than to work hard; raise a happy, healthy family; and learn. But race shapes their choices and experiences at every turn. Because they are African American, the Logan children must attend a different school from that of the local white children. The school year does not last as long and is not nearly as well-equipped. The white school has two school buses while the black school has none, so black children must walk for hours to and from school each day. During the first chapter, the students at Great Faith Elementary School (the black school) receive what seems to be fantastic news. For the first time they will receive their own books. However, these books are in terrible condition, and they only get the books after white students have used them for 12 years.

Some white individuals seek to either befriend the black families or actively assist them in their political struggles. These individuals include Jeremy Simms, among the children, and the Logans' lawyer, Mr. Jamison. But for the most part, there is a sharp divide between the races. On the white side, sharply racist attitudes are common. Some characters find their whiteness and the entitlement it gives them essential to their sense of who they are. This group includes Harlan Granger and Lillian Jean Simms. The Wallace brothers regularly use violence and threats of violence to keep the black families in a servile position. On the black side, Papa (David Logan) also sees friendship between whites and blacks as dangerous and unlikely to survive the political tensions shaping them.

Language and communication play complex roles in this novel. Sometimes these themes are crude and overt, such as when the white children shout insults from their school bus at the black children. Other times, language and communication play subtler roles in revealing character. For example, Mr. Morrison chooses not to tell Mama when Stacey gets in a fight. He allows him to choose whether to tell his mother or not as a measure of his character and maturity. When Cassie rebukes Mr. Barnett, however, he shifts from addressing her directly. He calls out for the person who is responsible for Cassie—or who owns her. When Cassie bumps into Lillian Jean on the street, she apologizes once on her own. But Mr. Simms forces another, more painful and formal apology from her. Part of the power of race is determining what others can say and can't say. In the novel's final chapter, Mr. Jamison shows how true an ally he is to the Logans by what he does not say aloud: he knows Papa started the fire.

In some contexts history can be an abstract academic subject and nothing more. In this novel the opposite is true. History is a dynamic force that plays an active role in these people's lives. This begins a few pages into the novel in Chapter 1. As the Logan children walk to school, they walk past "Harlan Granger land." The 400 acres that make up the Logan farm used to be part of the Granger plantation. The Grangers, an old Southern family, fell on hard times during Reconstruction and had to sell part of their land. The Logans purchased 200 acres in 1887 and 200 more in 1918. Though the narrator Cassie is only nine years old, she recalls this level of historical specificity with ease.

History is omnipresent but not straightforward. The school the local white children attend is Jefferson Davis County School, named for the former president of the Confederacy. Above that school flies the Mississippi state flag, which includes a representation of the Confederate flag. The official school books from which Mama is supposed to teach include standard misrepresentations of slavery and the slave era. However, through her own efforts she also has access to more accurate written history, such as the work of African American historian W.E.B. Du Bois. The Logans regularly share history orally, telling stories of personal experience that cover aspects of life left out of textbooks. This is something Mildred D. Taylor's family emphasized: official histories of the United States were not accurate to the African American experience. 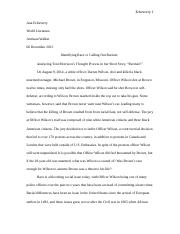 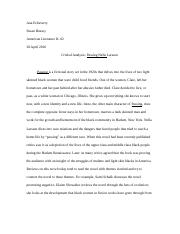 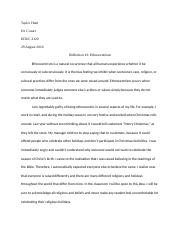 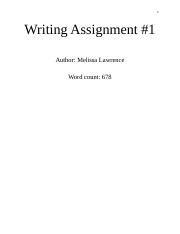 View all
Briefly explain the opinions of two of Ravana’s brothers (Kumbakarna and Vibishana) during their council meeting.
Part of your experience as a freshman is to explore all of the opportunities that lie ahead of you. As an ASU freshman, you are faced with many questions: What do you want to do while you are at ASU?
" race is a concept that signifies and symbolizes social conflicts and interests by referring to different types of human bodies." This is a statement claimed by Omi and Winant. What is Omi and Winant
Define the dynamisms that are caused by social stratification and cultural ethnocentrism and elaborate on the effect they cause in the adoption of innovation
Cite This Study Guide

Have study documents to share about Roll of Thunder, Hear My Cry? Upload them to earn free Course Hero access!