Huck wants to know more about the dead man and how he died. Jim insists that it is better not to discuss the dead man because it could bring bad luck. Huck is skeptical because Jim mentioned he would have bad luck when he touched the snake skin, and that has not come to pass.

Bad luck does come. Huck finds and kills a rattlesnake and leaves it at the edge of Jim's blanket, intending it as a prank. The snake's mate appears and bites Jim's heel. Jim drinks Pap's whiskey to escape the pain. A few days later Jim recovers, and Huck swears off snakes.

To alleviate boredom Huck decides to go to St. Petersburg for the news. At Jim's suggestion, Huck dresses up as a girl for his visit to ensure people will not recognize him. He knocks at the door of a woman's house whom he does not know.

Huck's childish and mean act reminds the reader that he is still a child. While Huck has gone through a number of hardships and has set out on his own, he is not yet mature. Just as there is evidence of his childishness here, the reader can also can see his maturity. When Huck realizes what he has done and how it hurts Jim, he instantly feels sorry and resolves never to do it again. His latter actions also show respect for Jim whom he sees as an equal.

Jackson's Island seemed like a final destination and paradise when Huck got there and for a time afterward. However, even this paradise is not safe. The dead body in the house that floats by is a reminder that evil and danger still exist. Then nature, in the form of the snake, invades. Just like the Garden of Eden the snake is a sign of trouble and leads to eviction from paradise. Huck's initial exit is voluntary. As much as he enjoys being on the island with Jim, Huck is looking for more. He is restless and will never be satisfied long term with the conditions as they are. There is a yearning for society despite all its warts. 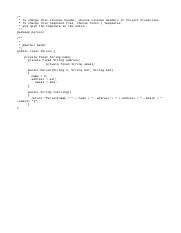 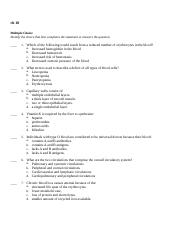