Pap pursues Judge Thatcher to try to gain custody of Huck and his money. The trial goes nowhere. Meanwhile Pap tries to get Huck to stop going to school, which only inspires him more. Huck gives his father money occasionally to protect himself from being hit. His father takes the money and gets drunk.

One day after the widow tells Pap to stay away, he determines that he is the boss of Huck and kidnaps him. Pap takes Huck up the river a few miles to the Illinois shore and keeps him locked up. The widow learns of Huck's whereabouts and sends someone to get him, but Pap drives him off.

Huck adjusts to the lifestyle of Pap and comes to enjoy it, as all he does is fish and smoke all day. However, Pap continues to hit him to the point where Huck cannot stand it any longer. One day Pap locks Huck in the cabin and leaves for three days. Huck gets lonesome and decides he will run off. Before he finishes his escape Pap returns and launches into tirades about various topics including the government.

He sends Huck outside to get the supplies he has brought from town. That night Pap gets drunk and falls asleep. He awakens and chases Huck with a knife and threatens him while calling him the "Angel of Death." Pap falls back asleep and Huck holds a gun for protection.

Pap curses the government and sees it as inept. Ironically it is the inept government that is unable to protect his son, Huck, from him. Pap is clearly unfit to care for his child. Yet when he kidnaps Huck nothing happens to him. The widow tries to get Huck back but the government does nothing about it. One would think Huck, as a boy, should be taken as a ward of the state. Pap himself recognizes this irony.

Somehow Pap sinks lower in this chapter. His addiction to alcohol controls him, and he is a nasty drunk. He is a racist and full of hate. His diatribe reveals just how ignorant he is. His vow not to vote because a mulatto man has the right to vote is far from a threat. The mulatto is educated, a college professor, and clean-cut. Based on the little we know about the two men, the country is better off having the mulatto vote. Pap, with his uneducated, racist, angry ways, has nothing to offer.

Huck deals with Pap and adjusts to the new situation, even if he is not pleased with every circumstance. This once again reinforces his ability to cope with challenges. Huck has low expectations and accepts things as they are. 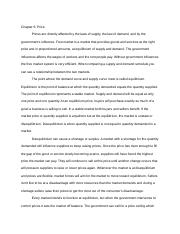 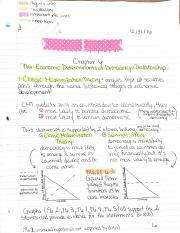 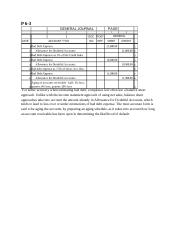 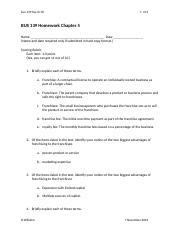