In "The Birthmark," Hawthorne explores the tension between the desire for perfection and the existence of flaws. For Aylmer, his problem with his wife's birthmark begins because she is so beautiful: "but seeing her otherwise so perfect, he found this one defect grow more and more intolerable with every moment of their united lives." Aylmer conceives of beauty as being without blemish and immortal, but this is a delusion. Aminadab, Aylmer's earthy lab assistant, says that he would never remove the birthmark if Georgiana were his wife, acknowledging that Georgiana is beautiful precisely because of her birthmark, not in spite of it. Aminadab is prepared to (literally) embrace Georgiana's physical body, while the intellectual Aylmer is focused on purifying her spiritual body.

Throughout his fiction, Hawthorne conceives of beauty as always limited, if only because it does not last. This is one of the primary characteristics of British and American Romantic poets who see beauty as fleeting, and therefore inevitably linked to loss and death. For example, in John Keats's 1819 poem "Ode on Melancholy," he writes, "She dwells with Beauty—Beauty that must die;/And Joy, whose hand is ever at his lips/Bidding adieu; and aching Pleasure nigh,/Turning to poison while the bee-mouth sips." This sense of beauty also contrasts with transcendentalism, which imagines a more pure, spiritual, and immortal beauty beyond the physical realm. Hawthorne would agree with the speaker in Keats's poem and not with transcendentalists such as Emerson.

This view of beauty applies to other Hawthorne stories from the same collection in which "The Birthmark" appears. In "The Artist of the Beautiful," a young man creates a mechanical butterfly, which enchants a woman with whom he had been in love. However, the butterfly is crushed when the woman's child smashes it in his hand. In Hawthorne's "Rappaccini's Daughter," a scientist raises his daughter among poisonous plants and she becomes poisonous herself. When a young man, drawn by her beauty, falls in love with her, he tries to cure her by giving her an antidote, but it kills her.

Aylmer tells Georgiana he is completely confident he can remove her birthmark. But when she walks into his laboratory, he is highly agitated, and Georgiana realizes he is in fact extremely worried his experiment will fail. He explains to Georgiana he does not want her to feel uneasy about the potential danger of the experiment thus protecting her from worry. But he is also clearly protecting his need to see himself as a brilliant, infallible scientist. The flip side of Aylmer's egotism is Georgiana's self-sacrifice. The more driven he becomes to fulfill his ambition to remove the birthmark, the more she becomes convinced that she should agree to his experiment, no matter the risk to herself.

Men in Hawthorne's fiction are frequently caught between a public life in which they are revered and a private life they are ashamed to reveal. This is the case with Arthur Dimmesdale in The Scarlet Letter. He is a minister in the community, and the townspeople hold him in high regard. Privately, he is revealed as a flawed man who has abandoned his lover, Hester Prynne, with whom he has had an illegitimate child. In Aylmer's case, his egotistical drive to succeed acts as a defense against the fact that he has had as many, if not more, failures than successes as a scientist and is struggling to achieve his lofty ideals. These failures may even include his failure to be romantically intimate with his wife.

Aylmer's obsession with removing his wife Georgiana's birthmark goes beyond a desire to create surface perfection. He has greater ambitions that depend on his ability to control life and death. When Aylmer looks at the birthmark, he sees it as "the spectral hand that wrote mortality where he would fain have worshipped" and "select[s] it as the symbol of his wife's liability to sin, sorrow, decay, and death."

Death is a part of nature, but for Aylmer, it also has negative connotations ("sin" and "sorrow") that make it a threat to the spiritual transcendence and perfection he craves. Aylmer's desire to defeat death symbolically through the physical removal of the birthmark has the opposite effect when it becomes the cause of his wife's death. Perfection is an unnatural state, and thus when the birthmark vanishes, Georgiana must die. The birthmark is a reminder of mortality and of the impossibility of perfection through immortality.

In Mary Shelley's novel Frankenstein (1818), Victor Frankenstein takes his scientific work too far by bringing the dead to life, a decision that leads to horrible tragedy and bloodshed. Hawthorne similarly questions the dangerous effects of applying science to nature too enthusiastically and the tragic fallout that results. Hawthorne refuses to glamorize science. "The Birthmark" critiques a blind, all-consuming focus on scientific innovation and progress, uncovering the callousness, egotism, and vulnerability that lurk behind them. Transcendentalism, which draws upon the Platonic "Ideal," argues that a utopian future—democratic, egalitarian, beautiful—is possible. This is a natural outgrowth of the ideas at the heart of the American "Ideal," as described in the country's founding documents, but transcendentalism argues that such idealism may not only be achieved through reason and experimentation but through imagination and inspiration. Hawthorne, however, is ultimately pessimistic.

Like any other human endeavor, Hawthorne suggests, science demonstrates human fallibility. Behind the scenes, disappointment, rather than transcendent achievement, is commonplace. Aylmer is a successful scientist, but his journals reveal that his experiments frequently fail, exposing a painful gap between his aspirations and their reality. This gap fuels his need to succeed at any cost. As a result, Aylmer lacks any recognition of a human dimension within his scientific work. 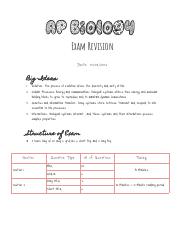 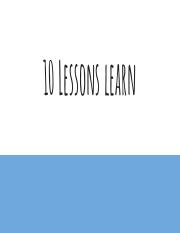 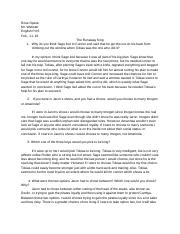 View all
On what parts of speech does the Beowulf poet place most of the poem's weight of meaning?
paraphrase: The primary salt utilized in home water softeners is sodium chloride (NaCl), a naturally occurring and commonly used substance. NaCl normally breaks down into sodium (Na+) and chloride (Cl
Country Level Needs Assessment Summary (Ghana west Africa) This is your third project component. APA format in text citation and reference page For this assignment, you are asked to write a 1–3-page p
I need a help with this question. Can you help me? The instructions are attached. You can do either one.
Cite This Study Guide