The Catcher in the Rye | Study Guide

Learn about themes in J.D. Salinger's novel The Catcher in the Rye with Course Hero's video study guide.

The Catcher in the Rye | Themes

Holden uses the words phony and phoniness to describe what he perceives as the hypocritical nature of the adult world. His observations are often accurate; adults do engage in behaviors that are less than sincere for benign and selfish reasons. They may behave superficially to save time or face; they may indulge in small talk to smooth over social situations; and they may lie, flatter, or threaten in order to get what they want. Holden observes—and participates in—these behaviors during the novel. He seems to think that only he sees the phoniness for what it is; his willingness to call it out is what sets him apart. And he uses this sense of special knowledge to avoid many adult interactions.

Calling Spencer's lecture phony, for example, lets Holden avoid the facts about his disengagement in his classes. Sally's phony flirtation justifies his anger and crude language—she's asked for his candor, in a way. Repeatedly Holden ducks opportunities to connect by classifying the people involved as phony and thus not worth his time when, in fact, he's using the accusation as a shield.

Holden's loneliness parallels the alienation that many teenagers, and even adults, feel as they search for identity and belonging. The two states bump up against each other: identity is distinctive and requires setting oneself apart from others; belonging requires acknowledging commonalities so that bonds can be formed and maintained. Thus, belonging can threaten identity. Holden's interactions with his peers at Pencey illustrate this tension. Holden identifies himself in opposition to the disgusting and annoying Ackley. He must, because he thinks of himself as "sexy" and smart. But like Ackley, he's also lonely and no good with girls. To shore up his self-image, Holden pushes away the sympathy he feels for Ackley. Stradlater provides a contrasting example. A good-looking, confident senior, Stradlater is almost ready to join the adult world, and Holden admires him and watches him closely. Yet to belong to Stradlater's group is to engage in behaviors Holden rejects in his own self-image. The tension of developing a distinct identity without becoming like the "phonies" means that it is often less painful for Holden to isolate himself from others. This causes him to sabotage interactions with people.

Throughout the difficult events he recalls, Holden often says that he wishes he could go home. He can't because he fears disappointing his parents, especially his mother; yet he knows that they are aware of his expulsion. Holden pushes against going home as he tries to make it as an adult in the city. This is part of developing the identity that will sustain him in the coming years. But home is what rescues Holden in his moment of crisis. Allie represents home; he keeps Holden from disappearing into utter alienation. Phoebe represents home, and she convinces him to accept the belonging he needs.

Holden's conflicting views of sex and his treatment of women leave him feeling alienated and fearful. As with his view of childhood, women require protection and gallantry. They are fragile and at risk among boring, self-centered men, who are always poised to exploit them. By keeping women on a pedestal of modesty and vulnerability, Holden not only can imagine himself as a protector or defender but can also excuse his fearfulness about getting "sexy" around them.

This conception of women, however, is in conflict with Holden's reality and the women's reality. Holden is physically attracted to girls; when he sees Sally, he nearly wants to marry her even though he doesn't like her. And he speaks in frustration about not knowing where everything is or how to manipulate a bra. His physical yearnings also fail to take into consideration the idea that women, too, feel desire. In his thinking, they're always asking men to stop. The idea that Jane wanted to get "sexy" with Stradlater is one he can't entertain.

Sex is risky, desire fluctuates, and affections shift. Holden, averse to change already, does not quite understand his feelings of sexual desire, at least for now. This is why his misinterpretation of the line from "Comin' Thro' the Rye" is ironic and almost comic. The song toys with the idea of spontaneous, secret sex, yet he takes it as a metaphor for keeping the children safe in the field, away from mature love and desire.

Holden considers adults flawed and "phony," but he views young children as pure and innocent. His views reflect an understanding of the world in which children are born innocent and then are gradually corrupted by the world. Holden's view is oversimplified, as events in the novel show. James Castle's suicide shows that violence can be part of children's lives, for example, and Allie's death from leukemia is clear evidence that childhood is not a truly sheltered time. Holden's own memories of childhood—of visiting the museum, for example—seem frozen and fragile, as if he fears to examine them closely and find those years less idyllic than he remembers. Holden's tendency to romanticize childhood clashes with Phoebe's more practical view too. A boy pushed her down the stairs; she and a friend retaliated by ruining his jacket. Little rivalries and deceits are part of Phoebe's world, as is the risk of falling the children take to grab the gold ring on the carousel. Holden's fantasy about the children playing in the rye, as Phoebe points out, is pretty but false.

Yet Holden is right to cherish the years of childhood. Children have the time to be curious and to start stories and not finish them, and they can love fiercely, as Phoebe does. Childhood isn't perfect or free from risk; Holden's desire to believe it so likely has to do with the fact that his childhood ended with Allie's death. The crazy events Holden endures challenge him to let go of an immature, shallow understanding of childhood and adulthood. They exist on a continuum, not as a blessed place of play that terminates in a deadly cliff. 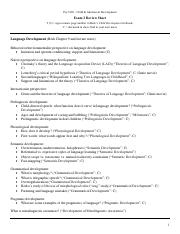 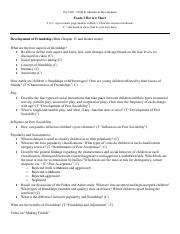 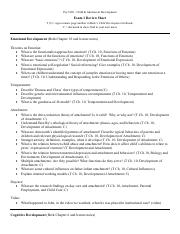 View all
Question 1 The reason many students fail exams is because they do not study. incomplete comparison lack of parallelism faulty predication dangling modifier 1 points Question 2 Scuba diving is where yo
need help on my grammar, citations, and annotated summary my knoeldge a summary have to have 1) summary 2) why is it worth it 3) how I'm going to use it which sources should be in italics? Annotated B
i have a question The lady lawyer argued the case convincingly. sexist jargon slang cliche John walked embarrassedly up the aisle after the captain called for all the stewardesses to meet him in the c
I need help with this Explain how earlier literary forms contributed to the rise of the modern novel.
Cite This Study Guide

Have study documents to share about The Catcher in the Rye? Upload them to earn free Course Hero access!