Chapter 11 moves the story into the 1980s to Fremont, California. While Baba loves the idea of America, the day-to-day life in the country is giving him an ulcer.

In addition to suffering from the smog, traffic, pollen, and fruit and water that never seem sweet or clean enough, Baba has a hard time adapting to the new culture. Aside from speaking mostly Farsi, he expects business to be conducted the same way it was in Kabul. When he finds himself without cash at a grocery store he regularly frequents, he writes a check that he assumes would be accepted on trust. But the owner asks for ID, which Baba interprets as a suspicion that he's a thief. This infuriates Baba so much that he overturns a magazine rack and breaks some jars. That night Amir suggests that they return to Peshawar, where they'd spent six months waiting for their visas and which is more like Kabul than Fremont is. But Baba says, "I didn't bring us here for me, did I?" Silently thankful, Amir reaches across the table to put his hand on Baba's, and he notices the difference: "My student hand, clean and soft, on his laborer's hand, grubby and calloused."

To support them Baba works 12-hour shifts, six days a week, at a gas station. The day he was hired he walked into a government office and returned a stack of food stamps, saying, "I work always. In Afghanistan I work, in America I work. Thank you very much, Mrs. Dobbins, but I don't like it free money."

After graduating from high school, 20-year-old Amir suggests that he find a job to help with expenses and save some money. But Baba shoots him an angry look to end that discussion. To celebrate, Baba takes Amir to a restaurant and bar, where he proudly tells anyone who would listen that his son is going to college.

When they get home he surprises Amir with a car, for which Amir is so thankful that his eyes fill with tears. But the sweetness of the moment changes when Baba says, "I wish Hassan had been with us today." When Baba disagrees with Amir's plan to major in creative writing, Amir decides that he will stand his ground, and that he will not "sacrifice for Baba" anymore.

The following summer Baba sells his Buick to buy an old Volkswagen bus, which he and Amir load up with items they bargain for at garage sales that they can resell at a higher price. At the flea market Amir sometimes runs their stand by himself as Baba walks around to socialize with other vendors whom he had known back in Kabul. This is how Amir meets a decorated general who once worked for Afghanistan's Ministry of Defense. But Amir is more impressed by the man's beautiful daughter, who reminds him of a Persian princess.

In this chapter Amir transitions from age 18 to age 21. These are significant legal ages that confer adult status. In many ways Amir is growing up: he rescues Baba from a possible arrest, graduates from high school, goes to a bar with Baba, drives his own car, works, and falls in love. According to General Taheri Amir is "halfway to being a man" because he appreciates his father.

Baba and Amir's disagreement over Amir's major could be interpreted as Amir acting more like a man and redeeming himself for the past. But Amir's guilt shows that he knows he is not being fair. Baba is sacrificing his physical health so that Amir can study for a more honorable and profitable job, which a degree in creative writing cannot assure. Additionally Amir's past sacrifice of Hassan cannot be compared to choosing a different college major that he may not enjoy as much as creative writing.

Amir spent his childhood in Afghanistan and is trying to become a man in America, but what he doesn't understand yet is that he must return to his birthplace in order to truly become the person that he wants to be. His 18- to 21-year-old self embraces America because he thinks it is a place where he could bury painful memories. But his attraction to Soraya shows that Afghanistan will always be in his heart. 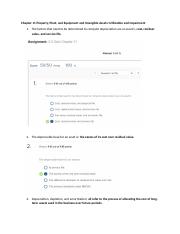