Chapter 13 opens with an Afghan engagement ceremony, for which Soraya is not present. About two dozen guests gather while Baba humbly praises the general and his family and asks him to accept his son. In response the general also humbly praises Baba and welcomes the joining of their families. After Amir receives her father's blessing Soraya appears, and with a procession of young female relatives walks to kiss Baba's hands before taking a seat next to Amir.

Because of Baba's deteriorating health the families decide to skip the other traditions surrounding an engagement. They quickly manage to plan a huge traditional Afghan wedding that costs nearly all of Baba's life savings.

Through the bustle of activities and emotions Amir whispers to Soraya for the first time that he loves her. He also wonders if Hassan has married.

After their wedding Soraya suggests that she move in with Amir so that she can help take care of Baba. In addition to doing everything to make Baba's life physically comfortable, Soraya reads aloud from both the newspaper and Amir's leather-bound notebook. Amir does not know about the second type of reading until he comes home unexpectedly one day and sees Soraya quickly sliding something under Baba's blanket. When Baba admits he put her up to it, Amir leaves the room because he doesn't want Baba to see him crying. Not long afterward Baba dies in his sleep. At the funeral many mourners speak of how much Baba had helped them.

Life moves on. Amir and Soraya move into their own place that is just a few blocks away from her parents. Amir learns more about his in-laws' individual natures, ideals, desires, and habits. He also learns more about the scandal surrounding Soraya. She tells him that the general showed up with a gun with two bullets and threatened to kill her lover and himself if she didn't return home. Once home he forced Soraya to cut off all her hair. She was too ashamed to leave the house for weeks, but once she did she was shamed by all the whispers she either heard or imagined. After telling him all the details, she tells Amir that she's lucky to have found him because he's so different from other Afghan men. This makes Amir wonder why he is so different. He concludes this is partly because he had grown up around men, but it could also be because Baba had been such an unusual Afghan father: "A liberal who had lived by his own rules, a maverick who had disregarded or embraced societal customs as he had seen fit."

Amir enrolls in college to study writing, and he begins working on his first novel during quiet hours in his job as a security guard. When the novel is published Amir goes on a book tour.

Everything is happy and smooth until Amir and Soraya begin trying for a baby. Soraya is unable to get pregnant despite the help of many specialists. They discuss the possibility of adoption, but General Taheri disapproves: "Blood is a powerful thing, hachem, never forget that."

For his entire life Amir relied on Baba, and his identity is largely shaped by Baba's approval and ideals. Thus Amir cannot truly grow into an independent man until Baba is gone. The author's method of killing off Baba's character is also symbolic. The physical effects of cancer can be compared to the spiritual effects of keeping a secret: the cells or lies keep multiplying until they destroy the person.

Learning more about Soraya's father helps Amir to appreciate Baba more. For example, the general kept his family on welfare because no job in America could match his past political glory. This contrasts with Baba, to whom welfare is like free money he doesn't deserve (almost like stealing); thus despite having been a wealthy businessman in Kabul, he is willing to take a job at a gas station in America and dirty his hands in an honest way so that Amir can keep his clean. These two men's choices between honoring themselves or sacrificing for others is seen throughout the novel. Most of the time this is not an easy choice, since both can have unpleasant consequences for all parties involved.

Helping a child grow is a significant aspect of being an adult. Baba did this for Amir, and Amir starts thinking about what he could do for his own child. The fact that Amir and Soraya cannot conceive weighs heavily on their marriage. While Soraya is upset because the problem seems to be more with her reproductive system, Amir thinks that the reason is that he is being punished by a higher power, another passive and cowardly interpretation of events to atone for the past.

While Amir is unable to produce a human child, he is able to produce successful novels. Significantly his first novel is about a father-son relationship in Kabul. The timing suggests that the writing process could've helped him to deal with the loss of Baba. But it is more significant because it connects him to Hassan, who had predicted he would be a great writer. 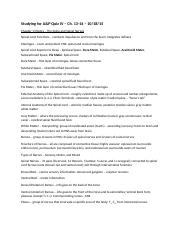 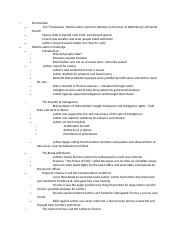 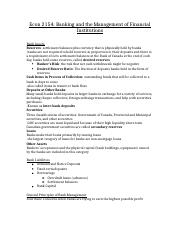