Chapter 16 shifts the narrative perspective to Rahim. He starts by explaining how his life became intertwined with Hassan's. Before Baba left Kabul he had entrusted his house to Rahim. Since most of his friends and relatives had either left or been killed, Rahim was lonely in the big house. Additionally his arthritis made maintaining the house difficult.

So one day Rahim drives up to the small village of Hazarajat to look for Hassan and Ali. When Hassan sees Rahim he immediately stops cooking and plants many kisses on his hands. Rahim notices the 20ish-year-old man is very tall, dark, sprouting some hairs on his chin, and missing some front teeth. But the rest of his face, especially his smile, is unmistakably Hassan.

Inside the mud hut Rahim meets Hassan's wife, who is visibly pregnant. Hassan reveals that he is praying for a boy to carry on his father's name (the news that Ali had been killed by a land mine deeply saddens Rahim).

After eating the best meal he had tasted in months, Rahim asks Hassan to come back to Baba's house in Kabul to help take care of it. He promises good pay and a comfortable lifestyle for his family, but Hassan responds that this village is his home now.

Rahim understands that his request to drop everything and return with him is presumptuous, so he does not try to convince Hassan. But midway through tea Hassan asks about Amir and Baba. He is eager to find out everything about Amir and to reestablish communication with him, and he weeps when he hears about Baba's death.

At this time Afghanistan is in turmoil because Soviet troops have left and a civil war between rival militant groups has caused bloodshed and ruin throughout the country. A fiercely militant group called the Taliban has become dominant and has taken over much of Afghanistan. Now the Taliban threatens to drive out the government at Kabul. The Taliban also wants to destroy the Hazaras. Amid all the fighting Hassan has tried to carry out a normal life. He bravely teaches his son, whom he names Sohrab, how to use a slingshot, to read and write, and to run down a kite. Hassan even takes Sohrab to the zoo and movies.

The chapter ends with the Taliban taking over. At first Rahim celebrates because he, like everyone else, thinks the Taliban will end the civil war. But Hassan says, "God help the Hazaras now."

Throughout this chapter Rahim is talking directly to Amir. This relationship is emphasized by the constant use of "you" and "your." But because Amir is a writer (even though he prefers writing novels, the use of past tense and the inclusion of reflections strongly suggest that he has written this memoir), the reader can assume that the words are a transcription of what Amir had heard. He is unlikely to have written this down until after he has returned to America (which could affect the accuracy of his memory). Thus from the perspective of the reader (who is reading the memoir as a novel), Khaled Hosseini is telling the story of Rahim telling Hassan's story, which Amir later retells. Distinguishing between these multiple layers of narrative perspective helps in understanding the different purposes of the chapter.

From Rahim's perspective, the purpose of telling Hassan's story to Amir is to help him reconnect to his childhood playmate and introduce him to Sohrab, so that he would be more likely to agree to his request.

From Khaled Hosseini's perspective, the purpose of the chapter is to develop Hassan's character as a grown man. While most of the qualities seen in the young Hassan are still evident, those were mainly focused on his roles as a servant and playmate to Amir. Here Hassan is a husband whose wife looks at him as if he sits on a throne because he treats her like an equal. He is also a father who tenderly places a flower every day on the mound of his stillborn daughter and who props his son on his shoulders to run through the streets. The author also reintroduces Hassan's long-lost mother to emphasize how forgiving he is. Thus the family that Hassan has created represents the ideal that the other families in the novel struggle toward.

From Amir's perspective the inclusion of this chapter in his memoir emphasizes how much he still loves and admires Hassan. It is also part of his atonement for his past sins: he uses his words to give voice to Hassan's story and thus validity to his identity. 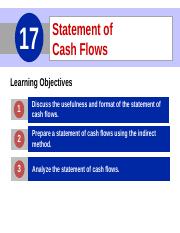 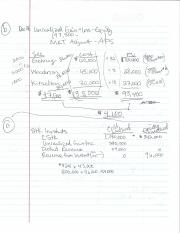 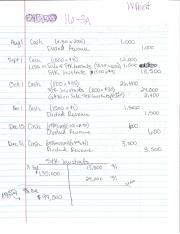