Chapter 17 returns the narrative perspective to Amir, who asks Rahim if Hassan is still living in the house now. In response Rahim gives Amir an envelope that Hassan had asked him to deliver. Inside there's a picture of Hassan and Sohrab. Even though the photograph is blurry, Amir notices how Hassan's posture "exuded a sense of self-assuredness, of ease" as if he "thought the world had been good to him." Both father and son are smiling and squinting (because of the sun).

There is also a letter written in a very neat, almost childlike, handwriting. Hassan starts by praising Allah. Then he addresses Amir with his deepest respects, prayers for his well-being, and hopes of one day receiving a similar picture and letter that he could share with his family. The bulk of the letter updates Amir on life in Afghanistan. Unlike the kinder, more peaceful days of their youth, Kabul is now dominated by killings and fear. Hassan admits that he had to stand by and watch his wife get beaten by a young Taliban soldier. If he had fought the soldier would've killed him. He was not afraid for his own life as much as for the lives of his wife and son if he dies. He also brags about his son and says that he is a "very proud and very lucky father." And he worries about Rahim, who is going to Pakistan to consult some doctors. Lastly he shares many of his dreams; some are nightmares but most are of good things, including Amir returning to Kabul for a visit with a faithful friend.

After reading the letter twice and looking at the photograph again, Amir asks how Hassan is doing. Rahim explains that he received a phone call while he was in Pakistan. The Kabul neighbor told him that soon after he had left, a pair of Taliban officials had stopped by to investigate the rumor that a Hazara family was living alone in the big house. Hassan and many neighbors explained that he was living in the house with Rahim, but the officials refused to believe them because they wanted the house. They called Hassan a liar and thief and ordered his family out by sundown. When Hassan protested they took him to the street, ordered him to kneel, and shot him in the back of the head. When his wife screamed and attacked them, they shot her, too.

Amir whispers "No. No. No" over and over again. Then finally he asks about Sohrab, learns that he was taken to an orphanage, and hears Rahim's request: he wants Amir to go to Kabul and bring Sohrab to Peshawar, where a Christian American couple would welcome him into their home.

Amir's response is: "Why me? Why can't you pay someone here to go? I'll pay for it if it's a matter of money."

Trying to convince Amir, Rahim makes three more points: (1) This would be an opportunity for Amir to stand up and become a man; (2) this is an old man's dying wish; (3) Ali was sterile, so he wasn't Hassan's biological father—Baba was.

Amir storms out of Rahim's apartment.

Although Rahim continues to tell Hassan's story here, the perspective is returned to Amir so that he can show his reactions. Amir doesn't seem to have much of an outward reaction to Hassan's letter. Instead of asking about anything specific, he asks Rahim a very general question, almost as if he doesn't believe what he had read (his need to read it twice also suggests this). His lack of questions could be due to the fact that Hassan answered many of them. But in contrast to the many questions Hassan asked, it makes Amir seem less caring and enthusiastic.

Amir's observations of the photograph focus on how happy Hassan is. This should be a relief to Amir, but his conclusion could be interpreted as an inability to understand why Hassan is so happy when the world had not been good to him (Hassan's letter suggests that his peaceful happiness comes from his religious faith). The sun and shadow in the photograph could be symbolic of the happiness and sadness in Hassan's life; they could also foreshadow the end of Hassan's happiness.

Amir's reaction to the news of Hassan's death is not disbelief so much as a refusal to accept that something so horrible could happen to someone he loves and believes is worthy of happiness.

Amir's reactions to Rahim's request show how cowardly and privileged he is. He doesn't want to go to Kabul because it is a dangerous place, and he is not willing to risk his life to save Sohrab. His suggestion to pay someone else to go comes from growing up with servants who did all the physical work so that his life could be safe and easy.

Lastly his reaction to the news that Baba is Hassan's father shows how self-centered he is. Although he includes Hassan with him in his anger at Baba and Rahim for keeping the truth from both of them, his last words are focused on how he feels about discovering that his whole life is one big lie. 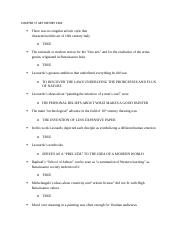 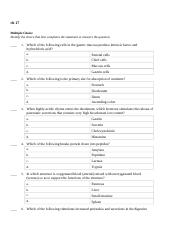