Chapter 2 is set in Kabul. Amir is remembering his childhood with Hassan, which was filled with tree climbing, prank playing, laughing, and getting in trouble. Having both lost their mothers soon after they were born (Amir's to childbirth and Hassan's to a group of traveling singers and dancers), they fed from the same breasts of a nursing woman that Baba hired. According to Ali that means they have "a kinship that not even time could break."

One day Amir and Hassan take a forbidden shortcut to see a film. A soldier shouts at Hassan, "You! The Hazara! Look at me when I'm talking to you!" before claiming to know his mother in a dishonorable way. In the theater Amir tries to reassure Hassan by reaching across his seat, slinging his arm around him, and pulling him close.

The chapter ends with Amir revealing what their two different first words were. His was Baba while Hassan's was Amir. When Amir looks back at these words as a 38-year-old, he realizes that "the foundation for what happened in the winter of 1975—and all that followed—was already laid in those first words."

This chapter serves to highlight the bond of Amir and Hassan, which seems very brotherly. But the scene with the soldier shows how this bond will be tested by the attitudes of others toward Hassan's background. Because Hassan is a Hazara, he is a servant, with no chance of rising above his status in Afghan society. This contrasts with Amir, who is a Pashtun. So while they may play together, when Amir goes off to school Hassan stays behind to do the household chores. And while Amir lives in the most beautiful house with marble floors, Hassan lives in a mud hut in the garden. Their class differences don't affect them much when they're just playing together (although Amir knows that he can ask Hassan to do almost anything, and Hassan would do it).

The chapter also highlights how Hazaras are oppressed not only for their religion but also for their physical appearance. This is seen in how Assef makes fun of Ali's flat nose. But the kids also make fun of Ali's face and walk, which are lopsided due to a disease that is not limited to Hazaras (polio). And Ali's own wife, who was also Hazara, also made fun of him. Thus Hosseini seems to be suggesting that people who are mean-spirited will make fun of any difference they can.

Lastly, through their first words Amir shows the different priorities that they had. And with his last sentence Amir suggests that it is this difference more than anything else that drives them apart. 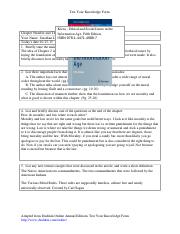 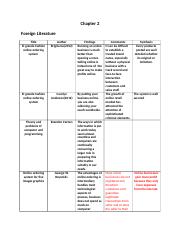 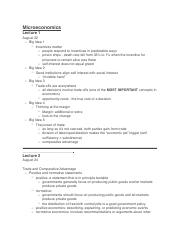 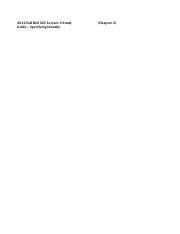 View all
Assignment Think of some experience you have had (preferably in a group situation) in which you came away feeling, “We just were not communicating.” Write a short account of the experience in which yo
I have a homework assignment and I don't have a enough time to do it, it's a reading and you have to read it and then answering questions about the reading. I'll put the link of the reading; Here is t
Learning Resources Note: To access this week’s required library resources, please click on the link to the Course Readings List, found in the Course Materials section of your Syllabus. Required Readin
Choose one of the readings from chapters 2-6 and summarize, explain, and evaluate the main points of the reading in a minimum of 3 paragraphs. Do not simply cut and paste from the reading, but summari
Cite This Study Guide