Chapter 4 is filled with true and fictional stories. It starts with the story of how Ali came to be a servant in their family—Amir's grandfather adopted him into his household after Ali's parents were killed in a car crash. It goes on to tell stories of how Amir and Hassan played together, which contrast with the times Amir was driven to school while Hassan stayed behind to help with the day's chores. After school the two boys would meet up so that Amir could read Hassan some stories. One day Amir pretends to read a story to Hassan but secretly begins making up his own story since Hassan can't tell the difference. Hassan tells Amir that it's the best story he's ever read aloud. Feeling bolstered, that night Amir writes his first short story.

Then Amir shares two stories that influenced his decision to be a writer. After reading Amir's story, Rahim utters one word: "Bravo." He also writes Amir a note, in which he says: "God has granted you a special talent. It is now your duty to hone that talent, because a person who wastes his God-given talents is a donkey."

An excited Amir wakes up Hassan and asks him if he wants to hear the story. Hassan is the perfect audience whose face changes with the story. At the end he claps and predicts that some day Amir will be a great and famous writer.

In this chapter the author uses several kinds of irony to advance the plot. Situational irony occurs when there is a difference between what is expected to happen and what actually happens. Dramatic irony is when the reader is more aware than a character is about what is happening. Verbal irony is used when the author uses words to mean something different than what is apparently stated.

On the surface young Amir first learns about irony here through an encouraging note from Rahim. But the author uses this chapter to emphasize ironies that can be seen throughout the novel. The first scene shows the irony in Amir and Hassan's relationship mirroring the relationship between Baba and Ali. Even though Amir considers himself to be different from his father, both Amir and Baba were playful young boys who talked their servants into engaging in mischief. Additionally the father and son's treatment of Ali and Hassan is similar; neither will refer to the servants as friends. Amir and Baba's treatment of their servants is never questioned by either of them—it is a reflection of their culture.

It is an example of situational irony that Hassan, despite being uneducated and illiterate, has a love for literature that inspires Amir to write; he is also able to find the plot hole in Amir's story. There is also the irony of Baba's attitude: despite wanting his son to strongly stand up for himself, he weakens Amir with a refusal to recognize writing as a worthwhile pursuit.

This chapter also sets up later ironies and parallels with its description of Hassan and Amir's favorite story: "Rostam and Sohrab" is about a great warrior who mortally wounds his enemy only to discover that his enemy is actually his long-lost son.

While the author uses many ironies to tie the characters and plot points more closely together, the ironies could also serve to question either the characters' expectations (situational irony is when things turn out differently than expected) or a higher power's role in the characters' lives (cosmic irony is when humans think that the gods are deliberately messing with them). 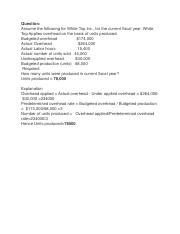 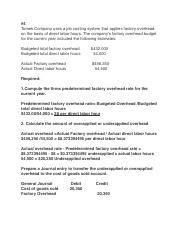 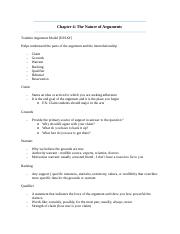 Chapter 4 The Nature of Arguments

View all
Choose one of the readings from chapters 2-6 and summarize, explain, and evaluate the main points of the reading in a minimum of 3 paragraphs. Do not simply cut and paste from the reading, but summari
Discussion 1: Conceptualizing a Qualitative Research Question Good research is driven by the synthesis of one’s passion or interest with a topic that has been under-studied in the professional literat
draw a connection between the rise and fall summary and the putnam chapter 4. write an essay of 500 words ( a proper essay with paragraphs , pull out the important details then write a good essay ) dr
The Absolutely True Diary of a Part-Time Indian Chapter 4 Question: Explain: " i was fourteen and it was my first day of high school"
Cite This Study Guide