Chapter 7 opens with a dream. Hassan tells Amir that he'd dreamed they were at a lake with thousands of other people. But no one was swimming because a monster lurked in the lake. So Amir kicked off his shoes and dove in the water; Hassan followed. They swam out to the middle of the lake without any trouble. After Amir and Hassan proved the lake had no monster, the name of the lake was changed to honor them, which also allowed them to start charging everyone for swimming in it. After Hassan shares the details of his dream, Amir asks what it means, but Hassan says he doesn't know, even though his father says that dreams always mean something.

Outside the kite fighters are getting ready and spectators are lining the streets. Amir has a moment of hesitation, worried that he will fail and disappoint Baba. Hassan attempts to reassure him, reminding him of his dream when he says "there's no monster, just a beautiful day." Amir realizes how well Hassan knows him, and while it unsettles him he is also reassured by it.

Amir utters a prayer as the kite takes off, even though he is unsure if he believes in God. Amir's kite joins the others in the sky, and the wind is perfect. The kites start to fall as they are cut, and the runners go for them. Amir keeps glancing at Baba, wondering what he is thinking. Amir makes it to the final dozen remaining, then the final half dozen. His hope and confidence grow: "All I smelled was victory. Salvation. Redemption. If Baba was wrong and there was a God like they said in school, then He'd let me win." Amir wins. He sees Baba cheering from the roof, and it is the greatest moment of his life. Baba motions to him to get the fallen kite, and Hassan takes off, shouting, "For you, a thousand times over!"

Amir imagines: "I'd make a grand entrance, a hero, prized trophy in my bloodied hands." Eager to make this dream come true, Amir runs up and down the streets looking for Hassan. He hears some voices, so he follows them to an alley, where he sees Hassan standing defiantly, protecting the blue kite behind him (which Amir describes as the "key to Baba's heart"). Blocking Hassan's way out of the alley are three boys whom Amir recognizes as the bullies Assef, Wali, and Kamal. Paralyzed with fear, Amir watches as they close in on Hassan.

At the point where Assef knocks Hassan to the ground, Amir closes his eyes. The narrator interrupts the scene to go into his younger self's mind, which jumps from a memory of Ali's reminder that he and Hassan are brothers because they fed from the same breast to another memory of a fortune teller being unwilling to tell Hassan what he has seen to a dream about Amir being lost in a snowstorm and seeing a bloody hand reach up to him.

In the dream Amir takes the hand, the snow disappears, and the two are standing in a field with kites flying above them. In real life Assef rapes Hassan and Amir sees that Hassan needs help, but instead of lending a hand he runs, partly because he is a coward and partly because he decides that Hassan's pain is a price he is willing to pay to win Baba's approval.

The chapter ends with Amir's victory dream coming true. In Baba's arms he forgets what he had done.

This chapter is the pivot of the entire novel. It explains why Hassan stopped smiling. It also develops the moment when young Amir makes a choice that haunts him for the rest of his life (because this is his story, his turning point carries more weight).

Both the dream and real-life nightmare reveal Hassan's character. Despite not being able to swim in real life, in the dream he dives into the lake after Amir, and both boys emerge equally powerful. Thus this dream shows what Hassan wishes for himself and Amir. But Hassan realizes that Amir's success is more possible and thus more important than his own, so he makes Amir the brave leader in order to give him the strength to fight in the tournament. (Hassan most likely made up the dream.) Similarly, in real life Hassan suffers so that Amir can have the glory. This can also be seen as heroic, but since rape is often associated with shame Hassan's suffering would not be publicly acknowledged.

Hassan's rape highlights his powerlessness. While Assef is the one who physically exerts his power, he does so because the ethnic and class distinctions of the society allow him to see Hassan as an animal without rights. Hassan's look of resignation confirms this. This look reminds Amir of a lamb that's about to be sacrificed. Although Amir has nightmares about this bloody religious ritual, he always watches and uses the comparison to justify his sacrifice of Hassan.

As the narrator the older Amir realizes that his decision not to come to Hassan's aid negatively shaped the outcomes of both their lives. But the memoir is proof that young Amir's forgetting what he had done was temporary, and that the good moment did not last. 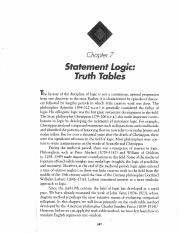 View all
Note: There may be some confusion as to the review question numbers in this module. The publisher issued two versions of the fifth edition of the Herrick text (with discrepancies only on pages 161 and
This Assignment Is On The Great Gatsby, I would appreciate it if someone can help. I would like this assignment to be answered today. Thanks In Advance.... 1. At the end of Chapter 5, Fitzgerald concl
Please provide straight to the point answers. Thank you. 1. At the end of Chapter 5, Fitzgerald concludes with an observation by Nick about Gatsby's afternoon with Daisy. Reread the following passage
Do a power point only two slides about the irony of the bread and the irony of the train trip on chapter 7 of Ellie Wisel. The power point only needs two examples and the page number where you found t
Cite This Study Guide