Many characters in The Odyssey display hubris, the arrogance of overweening pride. They generally suffer for it. Even Odysseus, who is in the end reunited with the devoted Penelope and his loving son, Telemachus, and who is reconciled with father Laertes, suffers for a decade before reaching that point. While it's true that suffering is sometimes in the arms of the lovely Circe or the beautiful Calypso, his seven years with her reduced him to a despondent, tearful man—hardly the picture of someone content with giving in to temptation. The arrogant Antinous is the first to die, and the arrogant Polyphemus, convinced that mere humans cannot harm him, is tricked and punished with blindness.

Temptation befalls many of the characters in The Odyssey, and the outcome is usually a frustrating setback. Odysseus and his men succumb to temptation on numerous occasions, usually with disastrous consequences. Odysseus's men fall prey to the Lotus-eaters and barely escape with their memories intact. They open the pouch of winds out of curiosity, only to find themselves blown far from the home they had almost reached. When they encounter the songs of the Sirens, they protect themselves from temptation by plugging their ears with beeswax but must lash Odysseus to the mast because he is too tempted by the alluring song to apply this countermeasure. Perhaps their greatest fall to temptation, however, is eating the cattle of Helios, after repeatedly being warned not to. Zeus is so angry that he slaughters every last one of them.

The central drive of the epic is Odysseus's desire to return home, to reach the love of his family and the comfort of his palace. With home is tied the idea of loyalty and fidelity, with Penelope, Telemachus, and the loyal servants being the chief representatives. Penelope endures years of importuning by the obnoxious suitors, demonstrating her worth by keeping them at bay through stratagems worthy of her cunning husband's mind. Telemachus, despite his father's two-decade absence, feels the proper fidelity and devotion of a son, an indication of his virtue. While Odysseus must first disguise himself upon reaching Ithaca—as he does so often throughout his adventures—home represents the place where he can finally be his true self: master strategist, skilled warrior, loving husband, guiding father, and dutiful son.

The stories of Menelaus and Agamemnon, related by Menelaus to Telemachus, provide interesting contrasts. Menelaus must also undergo trials and effectively do penance to the gods in order to reach home peacefully. Agamemnon, however, came back to the danger of an unfaithful wife and her murderous lover. The success of a homecoming depends on the merits of those one comes home to.

Modern readers tend to be surprised at the overwhelming emphasis placed on hospitality in The Odyssey. It seems to dictate not only social interactions among mortals but also treatment by the gods. Hospitality is how characters assess one another's moral code, and it's how they stay safe in a world where people are constantly venturing into foreign and unknown lands. Travelers in ancient Greece (and there were many) had to rely upon the kindness of strangers for food, shelter, and warmth. To invest in being a hospitable host meant that it was more likely that the host, too, would encounter a warm welcome should he or she ever be lost or in need. Hosts usually enjoyed having strangers visit—strangers who brought tales of strange lands and stories of adventures to entertain them with.

Odysseus encounters a range of hospitality throughout the epic—from the helpfulness of the Phaeacians to the murderousness of the Cyclops. Even Odysseus must return to his own home to punish the suitors who abused the rules of hospitality that custom dictated must be extended to them.

Deception touches nearly every major character in The Odyssey. Athena is nearly always in disguise when she advises Odysseus, who is often in disguise as well or is careful about how and when he reveals his true identity. It's no coincidence that it is often Athena who masterminds Odysseus's disguises, altering his appearance to make him seem stronger or weaker as befits her plans.

Illusion and trickery are traits that both Odysseus and Athena admire, and not just when it comes to physical appearances. Odysseus deploys deception when he cannot rely on strength alone, such as when he tricks Polyphemus into believing that his name is "Nobody" in order to deter his neighbors from coming to his aid. Penelope and Telemachus both dissemble as well; being cagey is apparently a useful survival mechanism.

Fate seems to be the strongest force in shaping mortals' lives. The gods determine mortals' fate, though human action has weight. Sometimes it seems as though the gods decide the bigger picture but leave mortals power to make specific choices. No one counseled Odysseus on how to handle the problem of Polyphemus. Anchinous and Arete chose to offer Odysseus hospitality. Tiresias warns Odysseus that his men should not eat the cattle of Helios, but he didn't say that they had no choice in the matter. He only told them they would suffer dire consequences if they did. That he was right did not mean those consequences were inevitable—only that fate was unavoidable if they made certain choices.

Adherence to customs decreed by the gods rules much of mortal behavior in The Odyssey. Disregarding those customs can get a mortal swiftly punished, both by other mortals and by the gods. The gods feel justified in punishing mortals any time they feel disrespected or if a mortal has reached too far—for example, become too arrogant. Zeus is the ultimate dispenser of justice, or at least the ultimate rule-setter. Even a powerful god such as Poseidon must submit to his decisions.

Vengeance is another major theme of The Odyssey, found in the plot of Poseidon's revenge on Odysseus, the story of Orestes and Electra's revenge on Aegisthus and Clytemnestra for the murder of their father Agamemnon, and on Telemachus and Odysseus's destruction of the suitors and the maidservants. In each case the avenging party punishes a violation of the natural order. To Poseidon, Odysseus showed him too little devotion, albeit the warrior was unaware of Polyphemus's relation to Poseidon. Aegisthus and Clytemnestra clearly violated the trust that Agamemnon had placed in them and violated the loyalty due to him as a ruler and as a husband. The suitors abandoned the proper behavior due from a guest, and the servants showed disloyalty. Vengeance is implacable and usually thorough. Only because Poseidon was countermanded by Zeus does Odysseus survive. 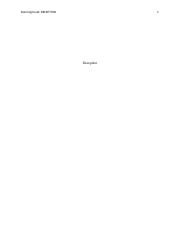 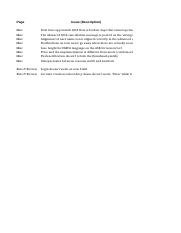 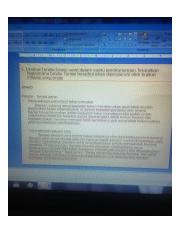 View all
1.4.4 Test (TS): Monsters and Heroes Test English 12 Sem 1 (S3553848) Points possible: 45 Date: ____________ 1. Short-response prompt (15 points) Text: "In the One-Eyed Giant's Cave" by Homer Describe
need help on my grammar, citations, and annotated summary my knowledge a summary have to have 1) summary 2) why is it worth it 3) how I'm going to use it which sources should be in italics? Annotated
How does the U.S. criminal justice system create and maintain racial hierarchy through mass incarceration? Describe the problems with mass incarceration and explain its significance within historical
Oates has specifically mentioned the "Death and the Maiden" folktales as one inspiration for this story (see "Death and the Maiden" under " Symbolism, Imagery, Allegory "). Some literary critics have
Cite This Study Guide