The Portrait of a Lady | Study Guide

The Portrait of a Lady | Symbols

Houses in the text often symbolize their owners and the significant events that take place within their walls. Gardencourt, like Mr. Touchett, is a lovely, familiar, yet British home. It offers a warm, welcoming abode in a new country. It is full of history, like the family past the Touchetts share with Isabel Archer. The narrator notes that Gilbert Osmond's home in Florence looked "grave and strong" and as if once entered it would take "an act of energy to get out." Isabel has no thought that this home foreshadows her relationship with its owner. As her marriage gets worse and Isabel learns of Osmond's true nature, they move to Rome. The Osmond home in Rome is described as ominous and fortress-like, symbolizing its formidable owner, Osmond, who controls its inhabitants.

Architecture is also used metaphorically in the preface and novel. Henry James refers to fiction as a house with many windows. Each person perceives a different view depending upon through which window they look. Similarly, Isabel thinks of her marriage as four walls that surround her. She calls it a "house of suffocation" through which Osmond looks down at her as if through a small window high above her.

Paintings appear throughout the novel, as do other types of artwork, often representing the desire to assign meaning and value to things. Ralph Touchett shows Isabel the art collection at Gardencourt, imagining her as another fine piece to hang above his fireplace. Paintings are beautiful, meaningful, and rare, just like his cousin. Art features prominently in Isabel's attraction to Osmond, whose main hobby is as a collector and curator of art and curios. He sees Isabel as a piece to obtain and display.

Osmond is a painter as well, and in a sense he creates Isabel, transforming her into his artwork through their marriage. He accomplishes what Henrietta fears in changing Isabel's character and value. Pansy is also his creation. Like a piece of ceramic, he has molded her into a fine form, so delicate he must protect her from everything, keeping her safe behind glass in the convent, like a piece of art in a museum.

Edward Rosier is another collector of artwork and curios in which he claims not only financial value but also finds much of his self-esteem. When he sells everything in the effort to prove himself a worthy suitor to Pansy, he proves that he values her love more than the objects in his collection.

Paintings relate very closely to the title and subject of the novel itself as well. A portrait (in the days before photography became commonplace) was necessarily a painting or other piece of artwork. In its portrait of Isabel Archer, the novel seeks to assign meaning and value to its subject in much the same way a painting would. The author creates her character, strengths, weaknesses, failures, and triumphs in words rather than with a brush.

Ralph's dog, who bounds up to Isabel the day she arrives at Gardencourt, represents Ralph's love for Isabel. Like Bunchie, Ralph falls for Isabel on first sight. He unconsciously gives her his heart, just as he offers her his dog to keep. And just as Isabel would not have thought to accept romantic gestures from Ralph, she declines to take his dog, offering to share it instead. Isabel and Ralph can have nothing more than a platonic relationship, and like the dog, Ralph is happy to accept whatever attention she offers. Bunchie pleases Isabel, like her cousin, but it fails to captivate her. She perceives Bunchie's intellect to be "finite" and she desires more, just as she desires more than Ralph can give her. Bunchie watches over Isabel as Lord Warburton proposes, symbolizing Ralph's role as her protector and defender throughout the novel. 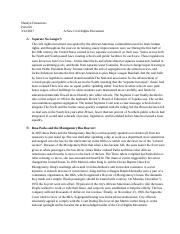 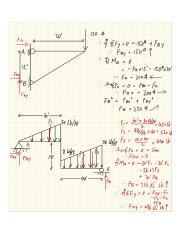 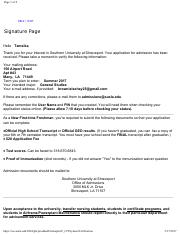 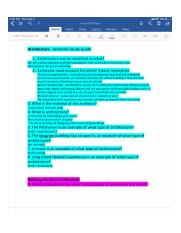 Have study documents to share about The Portrait of a Lady? Upload them to earn free Course Hero access!