The Prince | Chapter 10 : How the Strength of Every Principality Should Be Measured | Summary

Machiavelli provides a method for determining the strength of a principality. As an ideal example of strong principalities, Machiavelli points to the cities of Renaissance Germany. These cities, he says, are self-sufficient in the extreme. The measures they take allow them to do as they please and not fear invading armies. Fundamentally, in Machiavelli's estimation, the ability of a principality to defend itself using only its own resources is the measure of a principality's strength.

A crucial part of this self-sufficiency is, again, having the support of the people. In the hypothetical case of a German town under siege, Machiavelli states that even a well-fortified and prepared city would fall if the people do not support the prince. Hence, having the support of the people is part of what it takes for a prince to be self-sufficient in his domain and thus contributes significantly to the strength of a principality.

Machiavelli refers to an emperor in this section, specifically the leader of the Holy Roman Empire. (What is now called Germany was part of the Holy Roman Empire during Machiavelli's life.) Machiavelli praises German cities for being able to obey the emperor only when they desired, showing that Machiavelli was in favor of something like national sovereignty. National sovereignty is the idea that each state should have total control over what goes on in its own territory and be free from interference by other states.

It is crucial that Machiavelli provide a way to measure the strength of principalities. This is important not only for the purposes of testing his theories on conducting a principality—it is also something a prince must be able to do in dealing with neighboring states. If a prince cannot tell which states are weaker or stronger than his own, he will not be able to know which states to subvert and which states to protect. 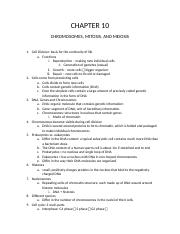