This chapter focuses on the use of native troops from a foreign state, called auxiliary troops. Just as Machiavelli criticizes using mercenary troops, he also thinks little of using troops called in from another state. Unlike mercenaries, auxiliary troops are not described as inherently bad. The problem with auxiliary troops is that calling upon them puts the prince in debt to the state from which he has received aid; or worse, it puts the prince at the mercy of a large, well-equipped, and well-trained military force.

The key historical examples in this chapter are France, Cesare Borgia, and the Romans. In each case, Machiavelli explains a change in standing and stability, citing how each state changed the composition of its troops. Machiavelli notes that Cesare changed the composition of his forces from auxiliaries to mercenaries and then to native troops. At each juncture, he improved his situation. Cesare's troops protected him and stood by him even when he was practically dead from his illness. This loyalty, Machiavelli claims, was due in part to the fact that Cesare eventually relied on troops raised from his own people.

Machiavelli argues that France and Rome declined when their rulers abandoned policies providing for citizen armies. In particular, he suggests that the real beginning of the fall of the Roman Empire was when the emperors hired mercenary troops. 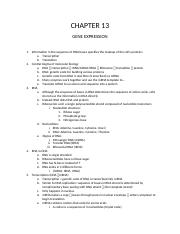