Machiavelli discusses the difficulties encountered in ruling over newly acquired domains. A fundamental problem in acquiring a new domain is the danger of earning the hatred of the people in new territories. Machiavelli argues that there is no way to avoid causing harm to new subjects. At the very least, the prince will upset habitual ways of life. More likely, he will have to take the lives or property of some of the people and threaten to do the same to others. New territories (which Machiavelli assumes have been taken by military force) must be occupied by foreign troops. The people will tolerate these harms only if they believe their lives will be substantially better under the rule of the new prince than under the previous government. Should this prove not to be the case, the people will not aid their new prince should the territory be threatened. They may even work against the new prince—especially if those threatening his domain belong to the government that existed before the new prince. As such, if the previous government was another principality, then the new prince should make sure to kill the entirety of that noble family. This way, possible threats to the prince's domain will not have the advantage of being known—and possibly loved—by the people.

Machiavelli provides more detail about specific circumstances that can make maintaining control over new territories difficult. If there is a difference in language and culture between the new prince's rule and the previous rule, then keeping the new territory will be more difficult. Even when the culture and language are the same, or at least similar, there can be difficulties if the governing institutions differ between one government and the next. In the most extreme case, the new prince will have significant difficulty holding new territory if the people were previously under a republican government. To counter these difficulties, Machiavelli suggests avoiding any change of law or custom in the new domain.

To further prevent problems from arising in a new territory, Machiavelli advises that the prince should live in his new acquisitions. This may help the people feel more empowered, because they can directly petition the prince when they feel harmed. Additionally, it means that the prince will be able to more quickly judge when things start to go wrong. The prince should not necessarily limit himself to living in an existing city. It would also be wise to create new settlements in the territory. This is contrasted to the alternate strategy of occupying the territory with troops, which Machiavelli notes is far more expensive and offensive to the people. Whereas establishing settlements will cause harm to only a few people, stationing troops in the country will continually harm many. The latter option is likely to earn the hatred of people, which Machiavelli counsels against.

Machiavelli gives instructions for dealing with neighboring countries, urging the prince to protect and lead the weak nations around him while weakening the strong nations around him. The motive for protecting and leading the weak is not benevolence; instead, it is to keep them from wanting to invite a strong foreign power to remove the prince. Likewise, strong nations nearby should be weakened so no strong foreign powers can easily be brought against the prince. By protecting and leading the weak, the prince can keep them weak through dependence and deny potential enemies any support they might have near his lands.

Machiavelli states that war should not be avoided, especially when avoiding it compromises the stability of a domain. On the contrary, he says, "There is no avoiding war; it can only be postponed to the advantage of others." Machiavelli praises the ancient Romans as an example of a government that was successful by acting as he suggests a prince should. On the other hand, he blames Louis XII for acting contrary to how an effective prince should. Machiavelli says that, because of his missteps, Louis XII lost the city of Milan not once, but twice.

Whatever people do, according to Machiavelli, they are motivated to minimize harm and maximize benefit to themselves. These motivations influence whether people will tolerate a prince or agitate to have him removed. It is for this reason that Machiavelli advises princes to avoid excessively taxing newly acquired domains; if the people come to think they will not benefit under the new prince's rule, they may help to remove him. This concept is known today as psychological egoism. It claims that individuals are driven only by the desire to get what they want—that, for each person, only his or her own preferences and well-being have any fundamental value. This assumption is a cornerstone of much modern political thought, which is why Machiavelli's The Prince is often touted as the first work of modern political philosophy.

Machiavelli states that the same difficulties will arise whether the prince is entirely new to ruling or simply adding new territory to his existing domain. It is by deploying his picture of human nature that Machiavelli can make this claim. If humans are motivated in the same way no matter where they live or in what time period, then it will make sense to apply Machiavelli's advice to every prince's situations.

This chapter gives the first hints as to why The Prince is considered an immoral work and why the term Machiavellian is used to identify scheming and manipulative behavior. Machiavelli's insistence that all members of a defeated royal family be killed—and that neighboring states must be dominated or subverted—is motivated entirely by the goal of consolidating power. There is no consideration given for the value of life or the sovereignty of other states. Whether The Prince should be considered immoral (deliberately contrary to what is moral) rather than amoral (without consideration for what is moral) is still unclear. To be truly immoral, Machiavelli would have to suggest that princes do things that are not moral for the specific purpose of breaking moral rules. Being amoral would also involve doing things that are not moral, but breaking moral rules would not necessarily be the impetus for that behavior. 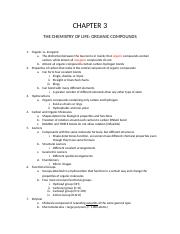 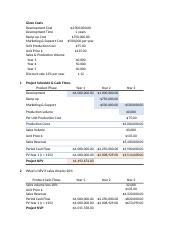 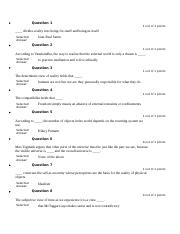 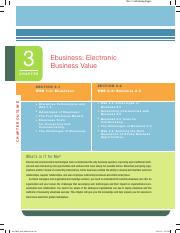