The Prince | Chapter 4 : Why the Kingdom of Darius Conquered by Alexander Did Not Rebel Against His Successors After His Death | Summary

Machiavelli addresses a particular historical example, namely the success of the ancient Greeks in maintaining the empire of Alexander the Great after his death. Machiavelli's example introduces another distinction among types of principalities: those that are governed by ministers appointed by the prince, and those that are governed by noble families with their own claims to land and power. Machiavelli points to France as an example of the second type. As an example of the first type, he uses the empire of Darius III of Persia (whom Machiavelli refers to as "the Turk"). Whereas France had a king at this time, it also had many other nobles (dukes/duchesses, marquis/marquesses, etc.) who had some ancestral claim to the land they inhabited. The power of these nobles did not depend solely on the will and favor of the king.

The fact that the various nobles of France were independently powerful relative to the king meant that they could provide substantial support to a foreign invader. Further, they were more likely to want to bring in a foreign invader because their own power and interests were separate from the king's. As such, the prince would have an easier time conquering a place like France. However, upon conquering it, the prince will be indebted to the powerful nobles who helped him take power; this debt will be a constant threat to the prince, as it may eventually give the powerful nobles cause to attract another invader to oppose the prince.

In the case of Persia, the appointed ministers did not have their own power and could not provide substantial support to a foreign invader. Further, they were less likely to want to bring in a foreign invader because their own power and interests were dependent on the emperor's. As such, the prince would have a more difficult time conquering a place like Persia. However, upon conquering it, the prince would not automatically be indebted to anyone in the new territory and could appoint ministers dependent on him to govern. This would make it difficult for another invader to gain a foothold to oppose the prince.

Machiavelli demonstrates the explanatory power of his account. He anticipates that the well-known historical example might seem to pose a problem for his argument. Hence, he contrasts the government of Persia with that of France. He argues that the relative difficulty of conquering and holding each depends on how much power those below the prince have to pursue their own independent interests. In each case, the reasons why the principality is easy or hard to conquer and hold relate to the fact that people are motivated by their own interests. Further, this new distinction explains Machiavelli's advice about managing the power surrounding a prince's territory. The nobles of France could be thought of as powerful neighbors and the satraps of Persia as weak neighbors. The former must be weakened by an effective prince and the latter kept dependent on the prince to ensure the stability and prosperity of the prince's domain.

Though he describes opposing methods of governmental organization, Machiavelli refrains from making sweeping judgments about which methods are superior. Instead, he points to the relative strengths and weaknesses of each without invoking any morally loaded language. The Prince is meant to discuss how things are, rather than discuss how things should be. 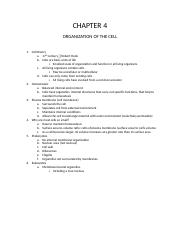 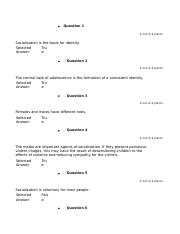 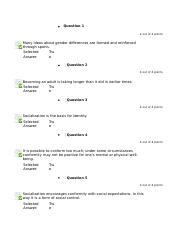 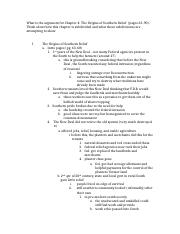 View all
what is the context of "He poked about with a bit of stick that itself was wave-worn and whitened and a vagrant, and tried to control the motions of the scavengers. he made little runnels that the tid
Hebrew Law From your reading, think about the ethical foundations of Judaism. Chapter Four - Discussion Board Option #1 - Hebrew Law Respond in writing to the following questions after reading Chapter
Chapter Four - Discussion Board Option #2 - Buddhism Compartir https://youtu.be/tilBs32zN7I Buddhism From your reading, recount early Christian, Jewish, and Islamic teachings and early Buddhist teachi
Chapter Four - Discussion Board Option #3 -Judaism, Christianity, Islam Judaism, Christianity, and Islam Reflect on the characteristics and values of Judaism, Christianity and Islam, and consider the
Cite This Study Guide