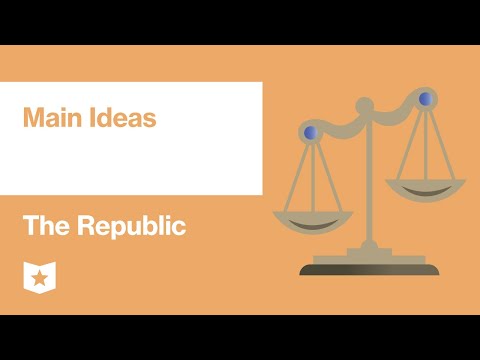 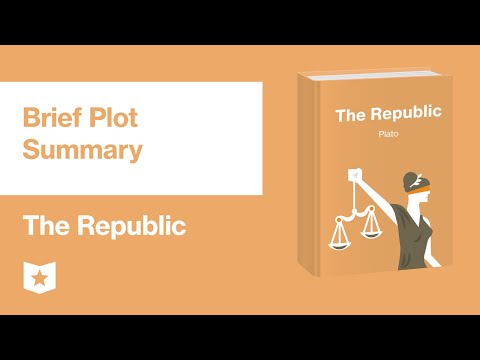 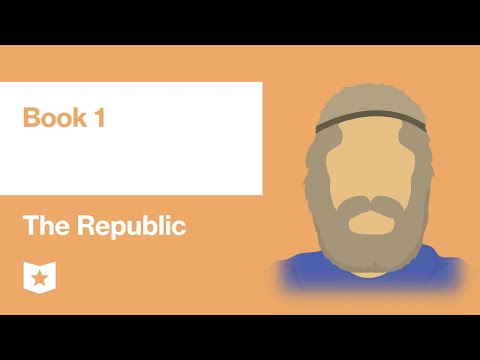 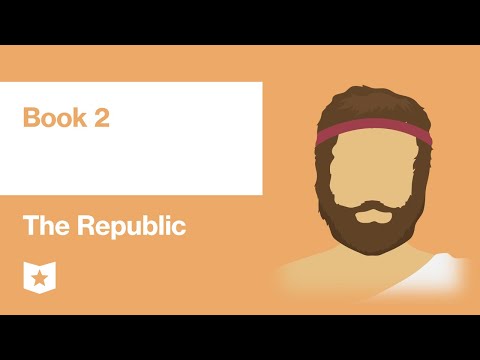 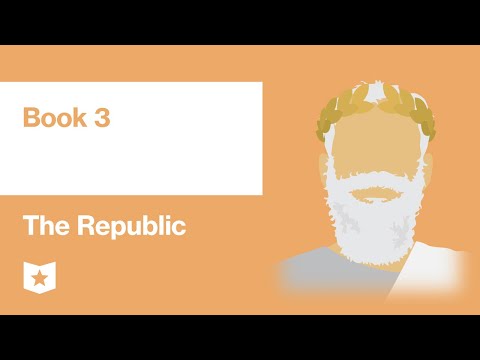 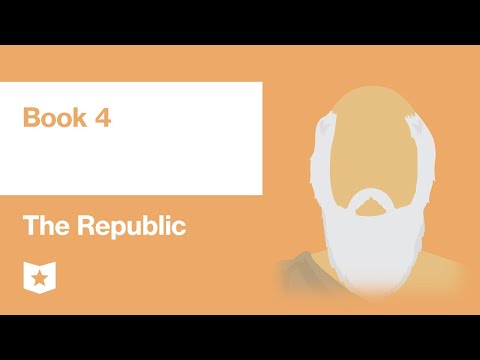 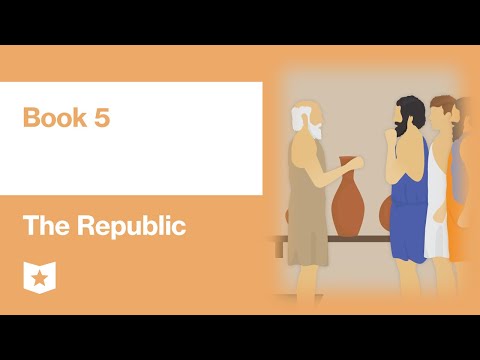 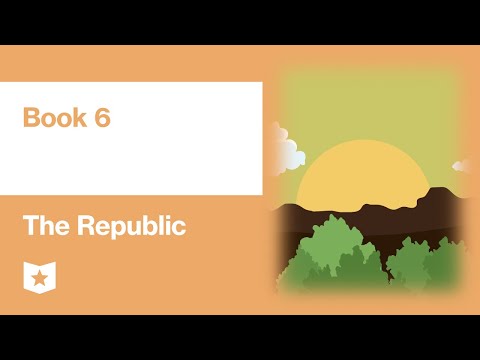 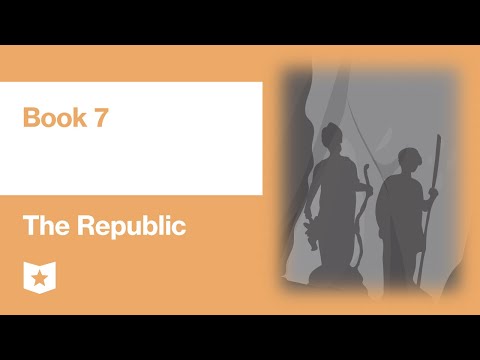 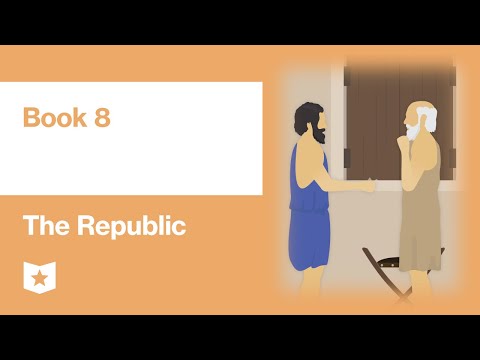 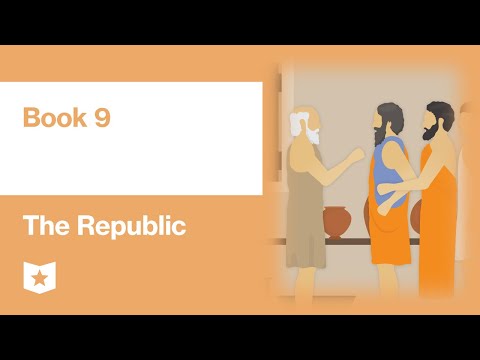 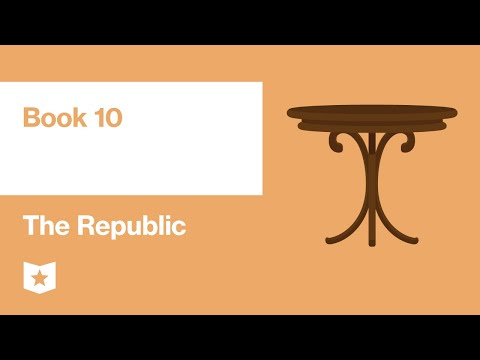 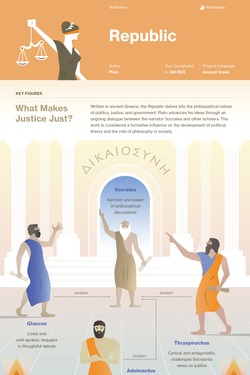 In the Republic, Plato focuses on the essential nature of justice and on the most important features of the ideal state. Plato presents his work in the form of a dialogue: a conversation between characters. The dialogue's central figure is Plato's teacher, the Greek philosopher Socrates (469–399 BCE), who serves as Plato's narrator and who advances a number of surprising and controversial ideas. These include the concept of the philosopher-king, a ruler who is single-mindedly devoted to truth and goodness.

For over two millennia the Republic has been regarded as a landmark work of political philosophy. Plato's major ideas in the dialogue—such as the true nature of justice, the doctrine of Forms and Ideas, and the immortality of the soul—powerfully influenced such later writers as Greek philosopher Aristotle, Roman politician Cicero, Christian philosopher St. Augustine, and English Renaissance philosopher St. Thomas More.

Socrates is the narrator.

The work is titled Republic because its central theme is to develop and expound upon the qualities of the ideal city or state.

This study guide and infographic for Plato's The Republic offer summary and analysis on themes, symbols, and other literary devices found in the text. Explore Course Hero's library of literature materials, including documents and Q&A pairs.