To Kill a Mockingbird | Study Guide

To Kill a Mockingbird | Chapter 12 | Summary

Summer is back and Jem will be turning 12 in a few weeks. It's apparent that Jem's adolescent angst is starting to show. He's continually telling Scout to stop bothering him, and, worst of all, he tells her to start acting more like a lady—after years of telling her to stop acting "like a girl."

Any hope for a fun summer feels lost when Dill writes to say he can't come. He reports having a new stepfather and says they're going to build a fishing boat together. He then assures Scout of his love and promises to come get her when he saves enough money. On top of that Atticus is called to an emergency session of the state legislature.

In Atticus's absence Calpurnia takes the Finch children to her black church. Church leader Reverend Sykes greets them warmly and finds them a seat, but the congregation meets them with a mixture of kindness and prejudice. The discrimination Jem and Scout feel is an eye-opening experience. After the service Jem, Scout, and Calpurnia have a wild discussion about religion, education, and life experience—all revolving around the differences between blacks and whites. When Scout and Jem return home, they are surprised to find Aunt Alexandra waiting for them.

Because the story takes place over three years, Lee is able to illustrate the children's physical and mental changes. As the novel progresses the children and the reader are reminded that even in the face of mounting differences, common ground can be found, whether it's between a brother and a sister, men and women, or people of different races.

Scout comments about Jem's upcoming 12th birthday. As Jem reaches adolescence, his moodiness provides insight into the siblings' personality differences. Even though they occasionally get on each other's nerves, the underlying bond between them is always apparent.

The conversation between Calpurnia, Jem, and Scout as they walk home from church is pivotal in the way it reveals Jem and Scout's development. Though the children have known Calpurnia for a long time, they come to realize how very different their life experiences are. The chapter also shows how Calpurnia is a divided character—a bridge between African Americans and whites in Maycomb. 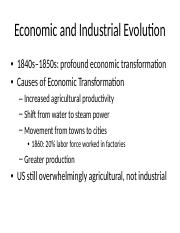 Have study documents to share about To Kill a Mockingbird? Upload them to earn free Course Hero access!