As the name suggests, biopsychology explores how our biology influences our behavior. While biological psychology is a broad field, many biological psychologists want to understand how the structure and function of the nervous system are related to behavior (figure below). As such, they often combine the research strategies of both psychologists and physiologists to accomplish this goal (as discussed in Carlson, 2013). A developmental psychologist would be interested in how these physiological systems impact development and how these systems grow and change over time. 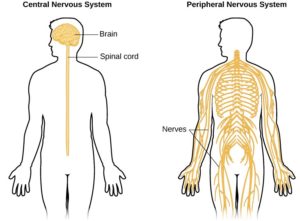 Figure 3.9.1. Biological psychologists study how the structure and function of the nervous system generate behavior.

While biopsychology typically focuses on the immediate causes of behavior based on the physiology of a human or other animals, evolutionary psychology seeks to study the ultimate biological causes of behavior. To the extent that behavior is impacted by genetics, a behavior, like any anatomical characteristic of a human or animal, will demonstrate adaption to its surroundings. These surroundings include the physical environment, and since interactions between organisms can be critical to survival and reproduction, the social environment. The study of behavior in the context of evolution has its origins with Charles Darwin, the co-discoverer of the theory of evolution by natural selection. Darwin predicted that psychology would develop an evolutionary basis and that a process of natural selection creates traits in a species that are adaptive to its environment. For example, some evolutionary developmental psychologists suggest that behavior such as shyness and jealousy may be produced in part by genetic causes, presumably because they helped increase the survival rates of human’s ancient relatives (Buss, 2012; Easton et al., 2007).

Evolutionary psychology has seen a resurgence in recent decades. To be subject to evolution by natural selection, behavior must have a significant genetic cause. In general, we expect all human cultures to express a behavior if it is caused genetically since the genetic differences among human groups are small. The approach taken by most evolutionary psychologists is to predict the outcome of a behavior in a particular situation based on evolutionary theory and then to make observations, or conduct experiments, to determine whether the results match the theory. It is important to recognize that these types of studies are not strong evidence that a behavior is adaptive since they lack information that the behavior is, in some part, genetic and not entirely cultural (Endler, 1986). Demonstrating that a trait, especially in humans, is naturally selected is extraordinarily challenging; perhaps, for this reason, some evolutionary psychologists are content to assume the behaviors they study have genetic determinants (Confer et al., 2010).

Video 3.9.1. Evolution and Human Culture explains how evolutionary theory can be applied to behavior and society.

An Exploration into Evolutionary Psychology

PSYCHOLOGY 101 •  University of the Philippines Diliman