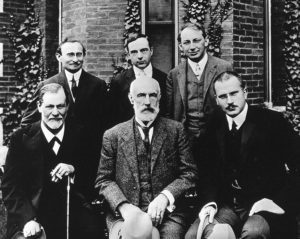 The scientific study of children and adolescents began in the late nineteenth century and blossomed in the early twentieth century as pioneering psychologists sought to uncover the secrets of human behavior by studying its development. Three early scholars, John Locke, Jean-Jacques Rousseau, and Charles Darwin, proposed theories of human behavior that are the “direct ancestors of the three major theoretical traditions” of developmental psychology today” (Vasta et al., 1998, p. 10). Locke, a British empiricist, adhered to a strict environmentalist position, that the mind of the newborn as a tabula rasa (“blank slate”) on which knowledge is written through experience and learning. Rousseau, a Swiss philosopher who spent much of his life in France, proposed a nativistic model in his famous novel, Emile, in which development occurs according to innate processes progressing through three stages: Infans (infancy), puer (childhood), and adolescence. Rousseau detailed some of the necessary progression through these stages in order to develop into an ideal citizen. Although some aspects of his text were controversial, Rousseau’s ideas were powerfully influential on educators at the time. Finally, the work of Darwin, the British biologist famous for his theory of evolution, led others to suggest that development proceeds through evolutionary recapitulation, with many human behaviors having their origins in successful adaptations in the past as “ontogeny recapitulates phylogeny.”

Darwin’s theories greatly influenced G. Stanley Hall, who believed that children developed over their lifetime much in the same way that a species evolved throughout time. His interests focused on childhood development, adolescence, and evolutionary theory. His significant contributions to the field are that he taught the first courses in child development, several of his students becoming leading researchers in the field, and he established scientific journals for the publication of child development research. He was also the first president of the American Psychological Association.

Another early contributor to the study of development was James Mark Baldwin (1861-1934), a Princeton-educated American philosopher and psychologist who did quantitative and experimental research on infant development. He made important contributions to early psychology, psychiatry, and the theory of evolution. Baldwin wrote essays such as “Mental Development in the Child and the Race: Methods and Processes,” which made a vivid impression on Jean Piaget (who later developed the most popular theory of cognitive development) and Lawrence Kohlberg (who developed a theory about moral judgment and development).

The 20th century marked the formation of qualitative distinctions between children and adults. When John Watson wrote the book Psychological Care Of Infant And Child, in 1928, he sought to add clarification surrounding behaviorists' views on child care and development. Watson was the founder of the field of behaviorism, which emphasized the role of nurture, or the environment, in human development. He believed, based on Locke’s environmentalist position, that human behavior can be understood in terms of experiences and learning. He believed that all behaviors are learned, or conditioned, as evidenced by his famous “Little Albert” study, in which he conditioned an infant to fear a white rat. In Watson’s book on the care of the infant and child, Watson explained that children should be treated as a young adult—with respect, but also without emotional attachment. In the book, he warned against the inevitable dangers of a mother providing too much love and affection. Watson explained that love, along with all things observable behavior, is conditioned. Watson supported his warnings by mentioning invalidism, saying that society does not overly comfort children as they become young adults in the real world, so parents should not set up these unrealistic expectations. His book was highly criticized but was still influential in promoting more research into early childhood behavior and development.

Another name you are probably familiar with who was influential in the study of development is Sigmund Freud. Sigmund Freud’s model of ‘psychosexual development’ grew out of his psychoanalytic approach to human personality and psychopathology. In sharp contrast to the objective approach espoused by Watson, Freud based his model of child development on his own and his patients’ recollections of their childhood. He developed a stage model of development in which the libido, or sexual energy, of the child focuses on different “zones” or areas of the body as the child grows to adulthood. Freud’s model is an “interactionist” one since he believed that although the sequence and timing of these stages are biologically determined, successful personality development depends on the experiences the child has during each stage. Although the details of Freud’s developmental theory have been widely criticized, his emphasis on the importance of early childhood experiences, prior to five years of age, has had a lasting impact.

Arnold Gesell, a student of G. Stanley Hall, carried out the first large-scale detailed study of children’s behavior, authoring several books on the topic in the 1920s, 30s, and 40s. His research revealed consistent patterns of development, supporting his view that human development depends on biological “maturation,” with the environment providing only minor variations in the age at which a skill might emerge but never affecting the sequence or pattern. Gesell’s research produced norms, such as the order and the average age range in which a variety of early behaviors such as sitting, crawling, and walking emerge. In conducting his studies, Gesell developed sophisticated observational techniques, including one-way viewing screens and recording methods that did not disturb the child.

Jean Piaget (1896-1980) is considered one of the most influential psychologists of the twentieth century, and his stage theory of cognitive development revolutionized our view of children’s thinking and learning. His work inspired more research than any other theorist, and many of his concepts are still foundational to developmental psychology. His interest lay in children’s knowledge, their thinking, and the qualitative differences in their thinking as it develops. Although he called his field “genetic epistemology,” stressing the role of biological determinism, he also assigned great importance to experience. In his view, children “construct” their knowledge through processes of “assimilation,” in which they evaluate and try to understand new information, based on their existing knowledge of the world, and “accommodation,” in which they expand and modify their cognitive structures based on new experiences.

The History of Child and Adolescent Psychology LR Edits.pptx

The History and Importance of Developmental Psychology.docx

A PROJECT HISTORY OF VOCABULARY METHODS AND THE GENERATION OF DEVELOPMENTAL Psychology.docx

My understanding of Developmental Psychology was based on my 1980s education, in which developmental

PSY B01 •  University of Toronto, Scarborough

The Validity of the Theories in Regards to Developmental Psychology

Unit 4_ Into to Developmental Psychology.pdf