Quantitative and Qualitative Approaches to Research 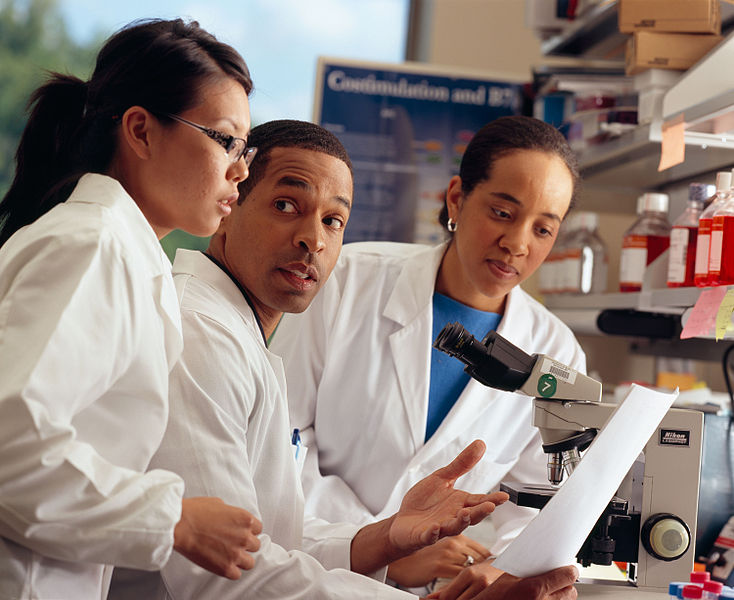 If you think about the vast array of fields and topics covered in psychology, you understand that in order to do psychological research, there must be a diverse set of ways to gather data and perform experiments. For example, a biological psychologist might work predominately in a lab setting or alongside a neurologist. A social scientist may set up situational experiments, a health psychologist may administer surveys, and a developmental psychologist may make observations in a classroom. In this section, you'll learn about the various types of research methods that psychologists employ to learn about human behavior.

When designing a study, typically, researchers choose a quantitative or qualitative research design. In some cases, a mixed-method approach may be appropriate. Which approach used will develop on the research question and the type of information sought. Quantitative methods may be better for understanding what is happening, while qualitative methods may be better for understanding the hows and why of a phenomenon.

Video 2.3.1. Types of Research explains the difference between qualitative and quantitative research. A closed-captioned version of this video is available here.

An excellent way to become more familiar with these research approaches, both quantitative and qualitative, is to look at journal articles, which are written in sections that follow these steps in the scientific process. Most psychological articles and many papers in the social sciences follow the writing guidelines and format dictated by the American Psychological Association (APA). In general, the structure follows: abstract (summary of the article), introduction or literature review, methods explaining how the study was conducted, results of the study, discussion and interpretation of findings, and references.

The aftermath of teenage suicide: a qualitative study of the psychosocial consequences for the supervising family

Per Lindqvist and his colleagues (2008), wanted to learn how the families of teenage suicide victims cope with their loss. They did not have a specific research question or hypothesis, such as, what percentage of family members join suicide support groups? Instead, they wanted to understand the variety of reactions that families had, with a focus on what it is like from their perspectives. To do this, they interviewed the families of 10 teenage suicide victims in their homes in rural Sweden. The interviews were relatively unstructured, beginning with a general request for the families to talk about the victim and ending with an invitation to talk about anything else that they wanted to tell the interviewer. One of the most important themes that emerged from these interviews was that even as life returned to “normal,” the families continued to struggle with the question of why their loved one committed suicide. This struggle appeared to be especially difficult for families in which the suicide was most unexpected. This relationship can now be explored using quantitative research. But it is unclear whether this question would have arisen at all without the researchers sitting down with the families and listening to what they themselves wanted to say about their experience.

Researchers can employ a quantitative or qualitative approach, o.docx

Unit_4 PLL - A REFLECTION ON MY POSITIONALITY; QUANTITATIVE OR QUALITATIVE APPROACH.docx

Evaluation of the contribution of a qualitative approach to research on friendship.docx

Explain strengths and limitations of a qualitative approach to research

Basic differences between Quantitative and Qualitative approaches to research

Use of Qualitative Approach in Research.docx

Both quantitative and qualitative approaches were.docx

BSAC 101300 •  International School of Asia and the Pacific