Reading: Roles and the Presentation of Self 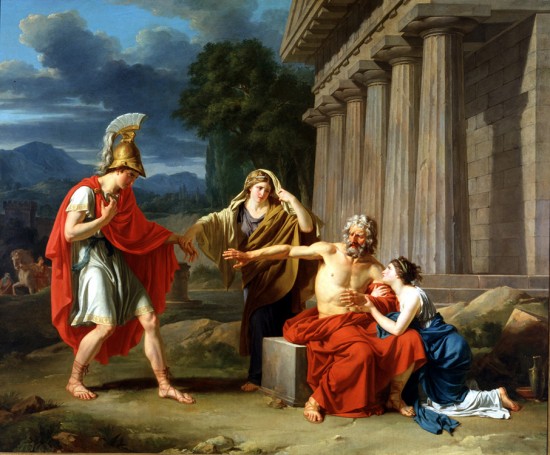 The story line of a self-fulfilling prophecy appears in many literary works, perhaps most famously in the story of Oedipus. Oedipus is told by an oracle that he will murder his father and marry his mother. In going out of his way to avoid his fate, Oedipus inadvertently fulfills it. Oedipus’s story illustrates one way in which members of society contribute to the social construction of reality. (Photo courtesy of Jean-Antoine-Theodore Giroust/Wikimedia Commons)

As you can imagine, people employ many types of behaviors in day-to-day life. Roles are patterns of behavior that we recognize in each other that are representative of a person’s social status. Currently, while reading this text, you are playing the role of a student. However, you also play other roles in your life, such as “daughter,” “neighbor,” or “employee.” These various roles are each associated with a different status.

Sociologists use the term status to describe the responsibilities and benefits that a person experiences according to their rank and role in society. Some statuses are ascribed—those you do not select, such as son, elderly person, or female. Others, called achieved statuses, are obtained by choice, such as a high school dropout, self-made millionaire, or nurse. As a daughter or son, you occupy a different status than as a neighbor or employee. One person can be associated with a multitude of roles and statuses. Even a single status such as “student” has a complex role-set, or array of roles, attached to it (Merton 1957).

If too much is required of a single role, individuals can experience role strain. Consider the duties of a parent: cooking, cleaning, driving, problem-solving, acting as a source of moral guidance—the list goes on. Similarly, a person can experience role conflict when one or more roles are contradictory. A parent who also has a full-time career can experience role conflict on a daily basis. When there is a deadline at the office but a sick child needs to be picked up from school, which comes first? When you are working toward a promotion but your children want you to come to their school play, which do you choose? Being a college student can conflict with being an employee, being an athlete, or even being a friend. Our roles in life have a great effect on our decisions and who we become.

Of course, it is impossible to look inside a person’s head and study what role they are playing. All we can observe is behavior, or role performance. Role performance is how a person expresses his or her role. Sociologist Erving Goffman presented the idea that a person is like an actor on a stage. Calling his theory dramaturgy, Goffman believed that we use “impression management” to present ourselves to others as we hope to be perceived. Each situation is a new scene, and individuals perform different roles depending on who is present (Goffman 1959). Think about the way you behave around your coworkers versus the way you behave around your grandparents versus the way you behave with a blind date. Even if you’re not consciously trying to alter your personality, your grandparents, coworkers, and date probably see different sides of you.

As in a play, the setting matters as well. If you have a group of friends over to your house for dinner, you are playing the role of a host. It is agreed upon that you will provide food and seating and probably be stuck with a lot of the cleanup at the end of the night. Similarly, your friends are playing the roles of guests, and they are expected to respect your property and any rules you may set forth (“Don’t leave the door open or the cat will get out.”). In any scene, there needs to be a shared reality between players. In this case, if you view yourself as a guest and others view you as a host, there are likely to be problems.

Impression management is a critical component of symbolic interactionism. For example, a judge in a courtroom has many “props” to create an impression of fairness, gravity, and control—like her robe and gavel. Those entering the courtroom are expected to adhere to the scene being set. Just imagine the “impression” that can be made by how a person dresses. This is the reason that attorneys frequently select the hairstyle and apparel for witnesses and defendants in courtroom proceedings. 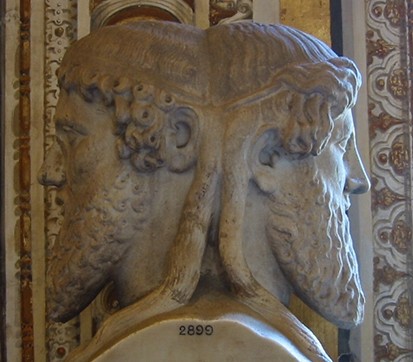 Goffman’s dramaturgy ideas expand on the ideas of Charles Cooley and the looking-glass self. According to Cooley, we base our image on what we think other people see (Cooley 1902). We imagine how we must appear to others, then react to this speculation. We don certain clothes, prepare our hair in a particular manner, wear makeup, use cologne, and the like—all with the notion that our presentation of ourselves is going to affect how others perceive us. We expect a certain reaction, and, if lucky, we get the one we desire and feel good about it. But more than that, Cooley believed that our sense of self is based upon this idea: we imagine how we look to others, draw conclusions based upon their reactions to us, and then we develop our personal sense of self. In other words, people’s reactions to us are like a mirror in which we are reflected.

Watch the following video to learn more about Erving Goffmann’s theory of dramaturgy and consider the various roles you play on the different "stages" of your life.

For another perspective on Erving Goffman and the Performed Self, watch this short clip from the BBC's History of Ideas website.

Watch this Khan Academy video to learn more about Charles Cooley's looking-glass self. You can also watch this BBC clip from the History of Ideas to see a visual representation of Erving Goffman's  beliefs about the performed self.

Draw a large circle, and then “slice” the circle into pieces like a pie, labeling each piece with a role or status that you occupy. Add as many statuses, ascribed and achieved, that you have. Don’t forget things like dog owner, gardener, traveler, student, runner, employee. How many statuses do you have? In which ones are there role conflicts?

1. Mary works full-time at an office downtown while her young children stay at a neighbor’s house. She’s just learned that the childcare provider is leaving the country. Mary has succumbed to pressure to volunteer at her church, plus her ailing mother-in-law will be moving in with her next month. Which of the following is likely to occur as Mary tries to balance her existing and new responsibilities?

2. Paco knows that women find him attractive, and he’s never found it hard to get a date. But as he ages, he dyes his hair to hide the gray and wears clothes that camouflage the weight he has put on. Paco’s behavior can be best explained by the concept of ___________.

achieved status:
the status a person chooses, such as a level of education or income

ascribed status:
the status outside of an individual’s control, such as sex or race

looking-glass self:
our reflection of how we think we appear to others

roles:
patterns of behavior that are representative of a person’s social status

role-set:
an array of roles attached to a particular status

role conflict:
a situation when one or more of an individual’s roles clash

role performance:
the expression of a role

role strain:
stress that occurs when too much is required of a single role

status:
the responsibilities and benefits that a person experiences according to his or her rank and role in society

Self-Check: Reality as a Social Construct

Roles and the Presentation of Self.docx

Goffman reading response - the presentation of self in everyday life.docx

The Presentation of Self in Everyday Life.doc

Challenge Reading 1_ The Presentation of Self in Everyday Life (FAIZ).docx

Supporting Identity- The Presentation of Self

The Presentation of Self in Everyday Life - Wikipedia, the free encyclopedia.pdf

Socialization and the Presentation of self.docx

Erving Goffman The Presentation of Self in Everyday Life.pdf

_The Effects of Divorce on the Presentation of Self.pdf

Goffman. The Presentation of Self in Everyday Life.pdf

4. Goffman. The Presentation of Self in Everyday Life.pdf

Socialization and the presentation of the self.docx