Conflict theory looks to social and economic factors as the causes of crime and deviance. Unlike functionalists, conflict theorists don’t see these factors as positive functions of society. They see them as evidence of inequality in the system. They also challenge social disorganization theory and control theory and argue that both ignore racial and socioeconomic issues and oversimplify social trends (Akers 1991). Conflict theorists also look for answers to the correlation of gender and race with wealth and crime.

Conflict theory was greatly influenced by the work of German philosopher, economist, and social scientist Karl Marx. Marx believed that the general population was divided into two groups. He labeled the wealthy, who controlled the means of production and business, the bourgeois. He labeled the workers who depended on the bourgeois for employment and survival the proletariat. Marx believed that the bourgeois centralized their power and influence through government, laws, and other authority agencies in order to maintain and expand their positions of power in society. Though Marx spoke little of deviance, his ideas created the foundation for conflict theorists who study the intersection of deviance and crime with wealth and power.

In his book The Power Elite (1956), sociologist C. Wright Mills described the existence of what he dubbed the power elite, a small group of wealthy and influential people at the top of society who hold the power and resources. Wealthy executives, politicians, celebrities, and military leaders often have access to national and international power, and in some cases, their decisions affect everyone in society. Because of this, the rules of society are stacked in favor of a privileged few who manipulate them to stay on top. It is these people who decide what is criminal and what is not, and the effects are often felt most by those who have little power. Mills’ theories explain why celebrities such as Chris Brown and Paris Hilton, or once-powerful politicians such as Eliot Spitzer and Tom DeLay, can commit crimes and suffer little or no legal retribution.

While crime is often associated with the underprivileged, crimes committed by the wealthy and powerful remain an under-punished and costly problem within society. The FBI reported that victims of burglary, larceny, and motor vehicle theft lost a total of $15.3 billion dollars in 2009 (FB1 2010). In comparison, when former advisor and financier Bernie Madoff was arrested in 2008, the U.S. Securities and Exchange Commission reported that the estimated losses of his financial Ponzi scheme fraud were close to $50 billion (SEC 2009). 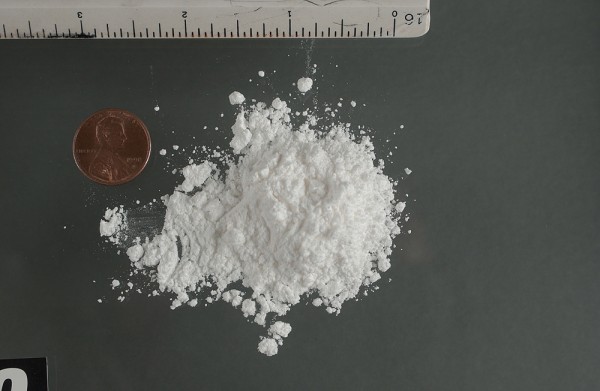 This imbalance based on class power is also found within U.S. criminal law. In the 1980s, the use of crack cocaine (cocaine in its purest form) quickly became an epidemic that swept the country’s poorest urban communities. Its pricier counterpart, cocaine, was associated with upscale users and was a drug of choice for the wealthy. The legal implications of being caught by authorities with crack versus cocaine were starkly different. In 1986, federal law mandated that being caught in possession of 50 grams of crack was punishable by a ten-year prison sentence. An equivalent prison sentence for cocaine possession, however, required possession of 5,000 grams. In other words, the sentencing disparity was 1 to 100 (New York Times Editorial Staff 2011). This inequality in the severity of punishment for crack versus cocaine paralleled the unequal social class of respective users. A conflict theorist would note that those in society who hold the power are also the ones who make the laws concerning crime. In doing so, they make laws that will benefit them, while the powerless classes who lack the resources to make such decisions suffer the consequences. The crack-cocaine punishment disparity remained until 2010, when President Obama signed the Fair Sentencing Act, which decreased the disparity to 1 to 18 (The Sentencing Project 2010).

Women who are regarded as criminally deviant are often seen as being  doubly deviant. They have broken the laws but they have also broken gender norms about appropriate female behaviour, whereas men’s criminal behaviour is seen as consistent with their aggressive, self-assertive character. This double standard also explains the tendency to medicalize women’s deviance, to see it as the product of physiological or psychiatric pathology. For example, in the late 19th century, kleptomania was a diagnosis used in legal defences that linked an extreme desire for department store commodities with various forms of female physiological or psychiatric illness. The fact that “good” middle- and upper-class women, who were at that time coincidentally beginning to experience the benefits of independence from men, would turn to stealing in department stores to obtain the new feminine consumer items on display there, could not be explained without resorting to diagnosing the activity as an illness of the “weaker” sex (Kramar 2011).

Feminist analysis focuses on the way gender inequality influences the opportunities to commit crime and the definition, detection, and prosecution of crime. In part the gender difference revolves around patriarchal attitudes toward women and the disregard for matters considered to be of a private or domestic nature. For example, until 1969, abortion was illegal in Canada, meaning that hundreds of women died or were injured each year when they received illegal abortions (McLaren and McLaren 1997). It was not until the Supreme Court ruling in 1988 that struck down the law that it was acknowledged that women are capable of making their own choice, in consultation with a doctor, about the procedure. Similarly, until the 1970s, two major types of criminal deviance were largely ignored or were difficult to prosecute as crimes: sexual assault and spousal assault.

Through the 1970s, women worked to change the criminal justice system and establish rape crisis centres and battered women’s shelters, bringing attention to domestic violence. In 1983 the Criminal Code was amended to replace the crimes of rape and indecent assault with a three-tier structure of sexual assault (ranging from unwanted sexual touching that violates the integrity of the victim to sexual assault with a weapon or threats or causing bodily harm to aggravated sexual assault that results in wounding, maiming, disfiguring, or endangering the life of the victim) (Kong et al. 2003). Johnson (1996) reported that in the mid-1990s, when violence against women began to be surveyed systematically in Canada, 51 percent of Canadian women had been the subject to at least one sexual or physical assault since the age of 16.

The goal of the amendments was to emphasize that sexual assault is an act of violence, not a sexual act. Previously, rape had been defined as an act that involved penetration and was perpetrated against a woman who was not the wife of the accused. This had excluded spousal sexual assault as a crime and had also exposed women to secondary victimization by the criminal justice system when they tried to bring charges. Secondary victimization occurs when the women’s own sexual history and her willingness to consent are questioned in the process of laying charges and reaching a conviction, which as feminists pointed out, increased victims’ reluctance to lay charges.

In particular feminists challenged the twin myths of rape that were often the subtext of criminal justice proceedings presided over largely by men (Kramar 2011). The first myth is that women are untrustworthy and tend to lie about assault out of malice toward men, as a way of getting back at them for personal grievances. The second myth, is that women will say “no” to sexual relations when they really mean “yes.” Typical of these types of issues was the judge’s comment in a Manitoba Court of Appeal case in which a man plead guilty to sexually assaulting his twelve- or thirteen-year-old babysitter:

The girl, of course, could not consent in the legal sense, but nonetheless was a willing participant. She was apparently more sophisticated than many her age and was performing many household tasks including babysitting the accused’s children. The accused and his wife were somewhat estranged (cited in Kramar 2011).

Because the girl was willing to perform household chores in place of the man’s estranged wife, the judge assumed she was also willing to engage in sexual relations. In order to address these types of issue, feminists successfully pressed the Supreme Court to deliver rulings that restricted a defence attorney’s access to a victim’s medical and counselling records and rules of evidence were changed to prevent a woman’s past sexual history being used against her. Consent to sexual discourse was redefined as what a woman actually says or does, not what the man believes to be consent. Feminists also argued that spousal assault was a key component of patriarchal power. Typically it was hidden in the household and largely regarded as a private, domestic matter in which police were reluctant to get involved.

Interestingly women and men report similar rates of spousal violence—in 2009, 6 percent had experienced spousal violence in the previous five years—but women are more likely to experience more severe forms of violence including multiple victimizations and violence leading to physical injury (Sinha 2013). In order to empower women, feminists pressed lawmakers to develop zero-tolerance policies that would support aggressive policing and prosecution of offenders. These policies oblige police to lay charges in cases of domestic violence when a complaint is made, whether or not the victim wished to proceed with charges (Kramar 2011).

In 2009, 84 percent of violent spousal incidents reported by women to police resulted in charges being laid. However, according to victimization surveys only 30 percent of actual incidents were reported to police. The majority of women who did not report incidents to the police stated that they dealt with them in another way, felt they were a private matter, or did not think the incidents were important enough to report. A significant proportion, however, did not want anyone to find out (44 percent), did not want their spouse to be arrested (40 percent), or were too afraid of their spouse (19 percent) (Sinha 2013).

The Skull and Bones Society made news in 2004 when it was revealed that then-President George W. Bush and his Democratic challenger, John Kerry, had both been members at Yale University. In the years since, conspiracy theorists have linked the secret society to numerous world events, arguing that many of the nation’s most powerful people are former Bonesmen. Although such ideas may raise a lot of skepticism, many influential people of the past century have been Skull and Bones Society members, and the society is sometimes described as a college version of the power elite. Journalist Rebecca Leung discusses the roots of the club and the impact its ties between decision-makers can have later in life. Read about it here.

1. According to C. Wright Mills, which of the following people is most likely to be a member of the power elite?

2. According to the concept of the power elite, why would a celebrity such as Charlie Sheen commit a crime?

conflict theory:
a theory that examines social and economic factors as the causes of criminal deviance

power elite:
a small group of wealthy and influential people at the top of society who hold the power and resources