Why It Matters: Religion and Education

Why describe the role that religion and education play in shaping values and beliefs, and compare various religions and educational practices around the world?

From the moment a child is born, his or her education begins. At first, education is an informal process in which an infant watches others and imitates them. As the infant grows into a young child, the process of education becomes more formal through play dates and preschool. Once in grade school, academic lessons become the focus of education as a child moves through the school system. But even then, education is about much more than the simple learning of facts.

Our education system also socializes us to our society. We learn cultural expectations and norms, which are reinforced by our teachers, our textbooks, and our classmates. (For students outside the dominant culture, this aspect of the education system can pose significant challenges.) You might remember learning your multiplication tables in third grade and also learning the social rules of taking turns on the swings at recess.

Schools can be agents of change or conformity, teaching individuals to think outside of the family and the local norms into which they were born, while at the same time acclimatizing them to their tacit place in society. They provide students with skills for communication, social interaction, and work discipline that can create pathways to both independence and obedience.

But what about religion? Just like education, religion plays a major role in the socialization process. For centuries, humankind has sought to understand and explain the “meaning of life.” Religion, in one form or another, has been found in all human societies since human societies first appeared. Archaeological digs have revealed ritual objects, ceremonial burial sites, and other religious artifacts. Social conflict and even wars often result from religious disputes. To understand a culture, sociologists must study its religion. 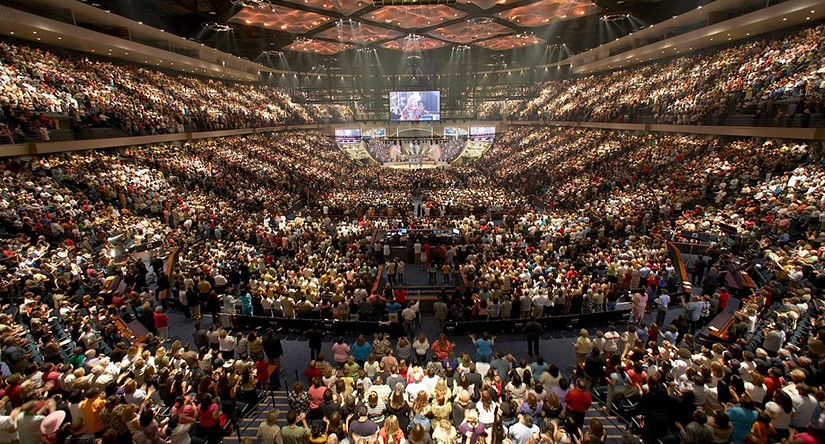 Religions come in many forms, such as this large megachurch. (Photo courtesy of ToBeDaniel/Wikimedia Commons)

Religion can also serve as a filter for examining other issues in society and other components of a culture. For example, after the terrorist attacks of September 11, 2001, it became important for teachers, church leaders, and the media to educate Americans about Islam to prevent stereotyping and to promote religious tolerance. Sociological tools and methods, such as surveys, polls, interviews, and analysis of historical data, can be applied to the study of religion in a culture to help us better understand the role religion plays in people’s lives and the way it influences society. In this module, you'll examine the role that both education and religion play in shaping values and beliefs.

HUMSS 101 •  Polytechnic University of the Philippines

Sociological Impact of COVID-19 on Religion and Education.docx