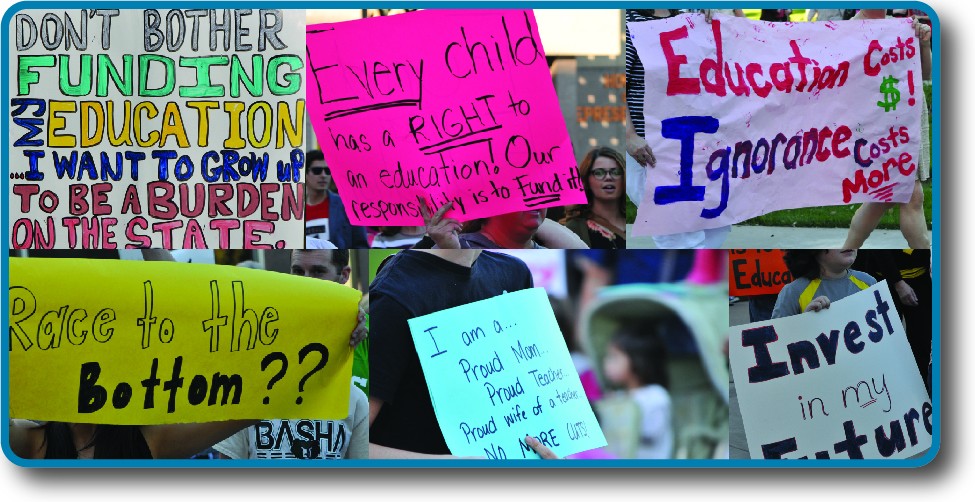 In February 2015, parents, students, and teachers rallied against proposed cuts in education funding in the state budget put forth by Arizona governor Doug Ducey. Education policy and administration is primarily a state and local matter. (credit: modification of work by Andy Blackledge)

Controversial national policy decisions by lawmakers and justices tend to grab headlines and dominate social media, while state and local government matters often evoke less enthusiasm. Yet, if we think about which level of government most directly affects us on a daily basis, it is undoubtedly the level closest to us, including our city, county, school districts, and state government. Whether it is by maintaining roads we drive on each day, supplying clean water with which we brush our teeth, or allocating financial support to higher education, state and local government provides resources that shape our everyday lives, including your final tuition bill.