Module 8: Muscles of the Head and Trunk

The muscles of the head and neck

Figure 8-4 lists the muscles of the head and neck that you will need to know.

Under the platysma are two sternocleidomastoid muscles. One on each side of the neck. These muscles have two origins, one on the sternum and the other on the clavicle. They insert on the mastoid process of the temporal bone. They can flex or extend the head, or can rotate the towards the shoulders.

The buccinator muscles, one on each side of the face, compress the cheeks when contracted. The name is from the Latin for trumpet, which requires blowing air out of the cheeks to play, and also reflects the anatomical adjective for the cheek, buccal.

The two masseter muscles are also on each side of the face. They close the jaw when contracted. Its name is derived from the same Greek root as mastication, which means to chew. 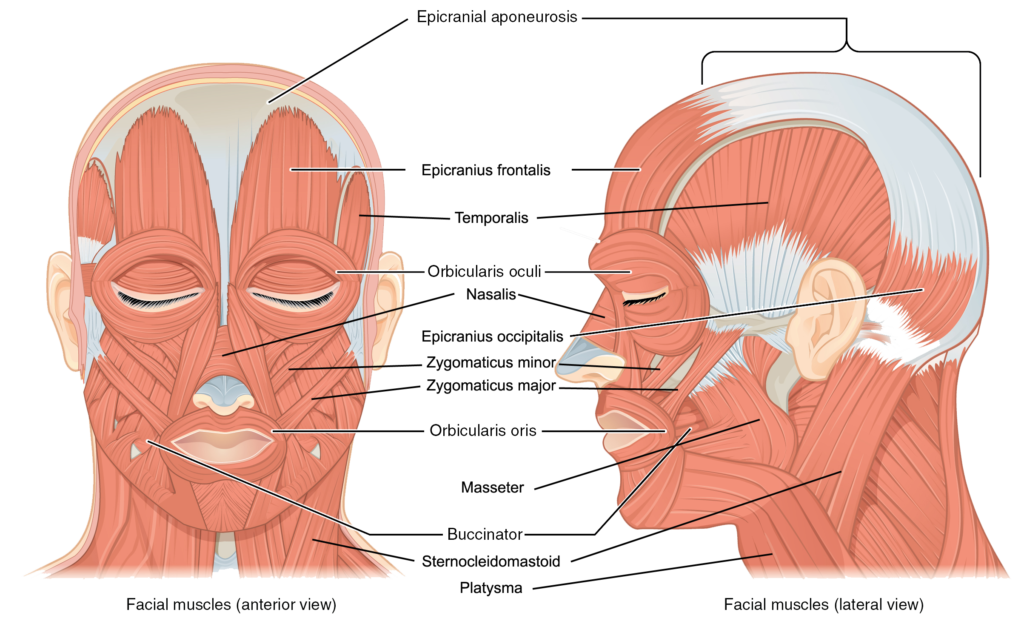 1. The following are muscles of facial expression. For each, give its location and describe its action when it contracts.

2. The following are muscles of mastication. For each, give its location and describe its action when it contracts.